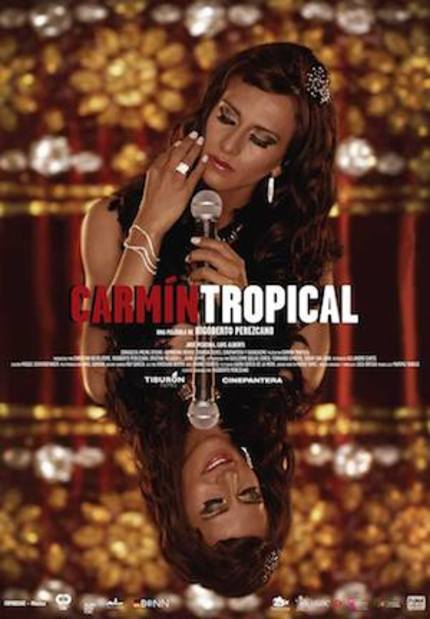 While Morelia will continue to have normal activities during the weekend, the closing ceremony was already celebrated yesterday (Friday, October 24). Rigoberto Perezcano's Carmín Tropical was the film that took home the top award, by winning best Mexican feature.

Carmín Tropical is set in Juchitán, Oaxaca, a place where travesties are referred as muxes, and are actually considered the best son in a family. There are several documentaries that tackle the muxe culture, but Perezcano's film is actually a fiction - with film noir elements - that shows Juchitán as a place that's not except of intolerance and violence towards homosexuals.

The film from the official Mexican selection that was the favorite to win instead of Carmín Tropical was Alonso Ruizpalacios' sensation Güeros. While this black and white comedy, about three youngsters without much to do in Mexico City, wasn't the jury's favorite, it was cited as best film according to the audience and the press (read here our review).

The best Mexican documentary for the jury was Matria, which I reviewed just days ago. I didn't think it was a great doc at all, but it sure has the very attractive premise of the real yet unknown army of charros that were ready to defend Mexico from the Nazis during World War II.

Guerrero Award of the Press for Best Mexican Documentary Feature

Guerrero Award of the Press for Best Mexican Feature

Best Mexican Documentary (made by a woman)