Andrew Mack
Editor, News; Toronto, Canada (@Mack_SAnarchy)
Tweet Post Submit
Well, it's been a year, hasn't it? How we celebrate the holidays this year may change with the current climate but one thing is always certain, we will all need a distraction or time away from it all at some point. Let Shudder help!
Shudder announced their December lineup and it is a great combination of yueltide spirits, contemporary standouts and cult classics.
On the yueltide front Shudder has a tonne of great fare in their Unhappy Holidays selection. Blood Beat, Body, Rare Exports and Sheitan lead the pack, including the original Black Christmas, Christmas Evil and Silent Night, Deadly Night 2.
Then there is the Holly Gialli Christmas collection with over a dozon Giallo films including titles from Dario Argento, Lucio Fulci, Lamberto Bava, Michele Soavi, Sergio Martino. There will Christmas specials for Creepshow and The Last Drive-In too.
As far as non-holiday treats go the month kicks off with Coppola's Bram Stoker's Dracula and Schumacher's The Lost Boys. Current festival standouts Anything For Jackon and A Good Woman is Hard to Find are backed by my friend Juan Diego Escobar Alzate's Luz The Flower of Evil at the end of month.
Everything is listed below with more details in the gallery further down. 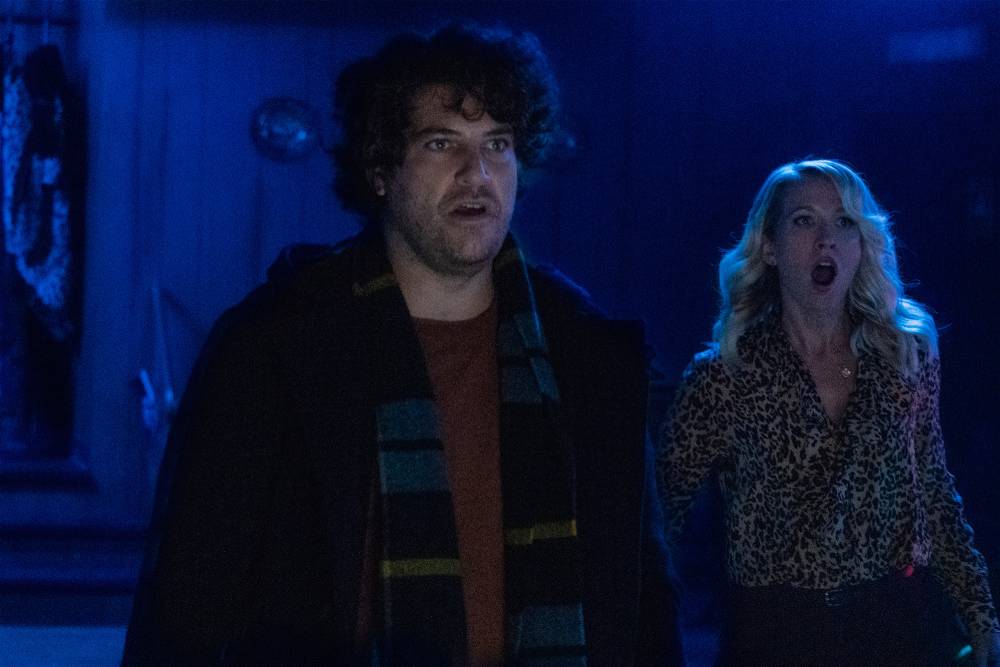 The Christmas spirit takes over The Last Drive-In as Joe Bob and Darcy close out the year with a double feature of holiday horrors. Premieres live on the ShudderTV feed Friday, December 11, and will be made available on demand on Sunday, December 13. (Also available on Shudder Canada)

In the holiday themed, hour-long episode, “Shapeshifters Anonymous,” fearing he is a murderer, an anxious man searches for answers for his "unique condition" from an unusual support group. Starring Anna Camp (Pitch Perfect) and Adam Pally (The Mindy Project), the special is written and directed by Creepshow showrunner Greg Nicotero, based on a short story by J.A. Konrath (Last Call). (Also available on Shudder Canada, Shudder UK and Shudder ANZ)

ANYTHING FOR JACKSON — December 3

After losing their only grandson in a car accident, grief-stricken Audrey and Henry, a doctor, kidnap his pregnant patient with the intentions of performing a “Reverse Exorcism”, putting Jackson inside her unborn child. It doesn’t take long to figure out Jackson isn’t the only ghost the grandparents invited into their home. Now it’s a race against time for the couple, as well as the pregnant woman to figure a way out of the haunting they’ve set upon themselves.

Consider this wintery anti-Nativity tale Shudder’s Christmas counterprogramming, from a writer (Keith Cooper) and director (Justin G. Dyck) who together have made a bevy of traditional holiday movies. Believe me, this ain’t Baby in a Manger or Christmas with a Prince. 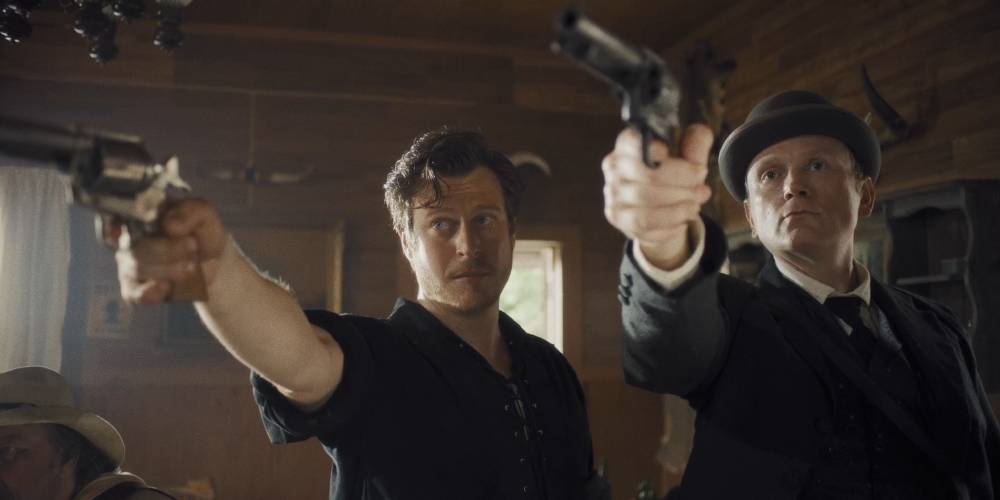 The Dalton gang find shelter in a seemingly uninhabited ghost town after a train robbery goes south. Seeking help for their wounded leader, they are surprised to stumble upon a welcoming brothel in the town’s square. But the beautiful women who greet them are actually a coven of witches with very sinister plans for the unsuspecting outlaws - and the battle between good and evil is just beginning. Starring Devin Druid, Zachary Knighton, Bill Sage, Pat Healy, Natasha Bassett, Stan Shaw, Melora Walters, directed by Aaron B. Koontz (Scare Package). A SHUDDER EXCLUSIVE. (Also available on Shudder Canada, Shudder UK and Shudder ANZ) 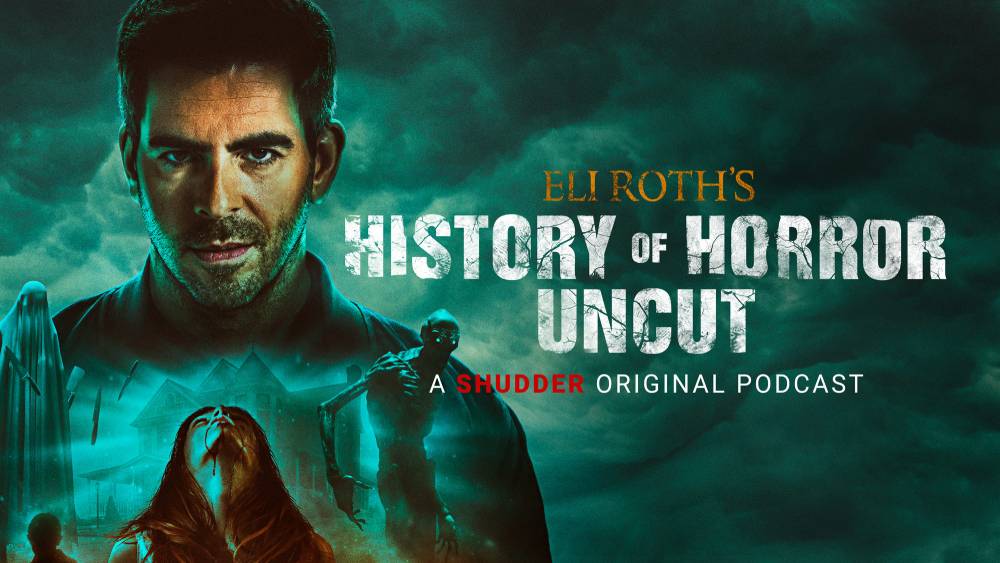 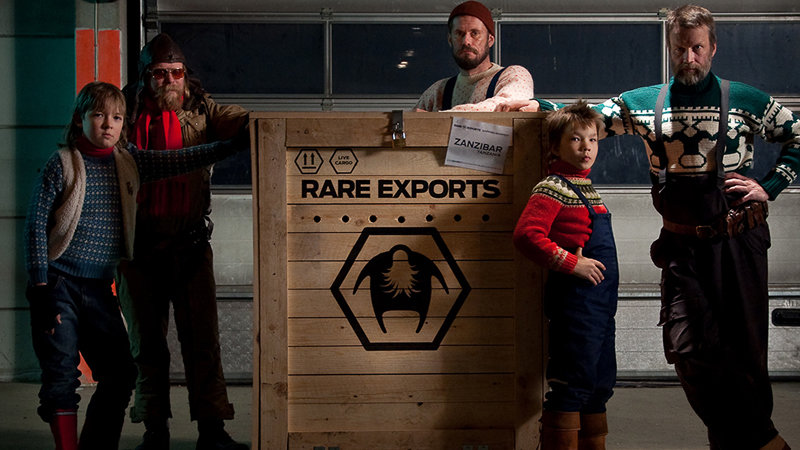 Home invasion by a supernatural man in a blood-red suit? Holiday getaways that turn homicidal? These Christmas films prove that yuletide is the perfect season for terror. Featuring Blood Beat, Body, Rare Exports and Sheitan (all newly coming to Shudder on November 30) along with Bob Clark’s proto-slasher Black Christmas, the Shudder Exclusives All the Creatures Were Stirring, Better Watch Out and Christmas Presence, Christmas Evil, A Christmas Horror Story, Deadly Games, Jack Frost, Red Christmas and Silent Night, Deadly Night 2, among others. (Collection also available on Shudder Canada and Shudder UK; titles vary by region) 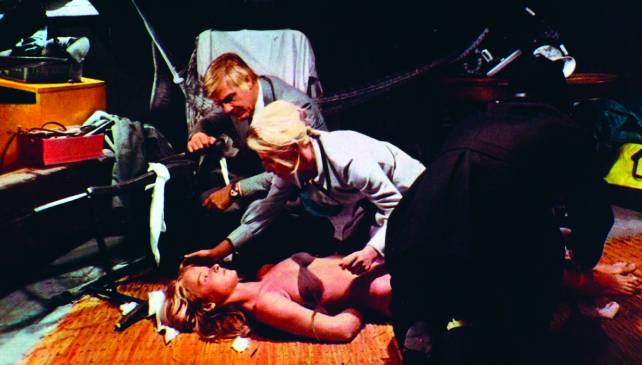 Slip on your black gloves and deck the halls with bloody murder, Italian style, as Shudder debuts its biggest-ever collection of Giallo cinema, both classic and modern, with films by Dario Argento, Lucio Fulci, Lamberto Bava, Michele Soavi, Sergio Martino and many, many more. Featuring A Blade in the Dark, Death Laid an Egg, Black Belly of the Tarantula, The Case of the Bloody Iris, The Corruption of Chris Miller, The Editor, The Fifth Cord, New York Ripper, The Night Evelyn Came Out of the Grave, The Red Queen Kills Seven Times, Short Night of Glass Dolls, Stagefright, Torso, Trauma, Your Vice is a Locked Room and What Have You Done to Solange (all newly coming to Shudder on December 2), along with current Shudder films All the Colors of the Dark, The Cat O’Nine Tales, Deep Red, Don’t Torture a Duckling, Knife + Heart, Phenomena, The Strange Vice of Mrs. Wardh and Tenebrae. (Collection also available on Shudder Canada, Shudder UK and Shudder ANZ; titles vary by region)

More about The Pale Door

More about Let Us Prey

More about Let the Corpses Tan