Andrew Mack
Editor, News; Toronto, Canada (@Mack_SAnarchy)
Tweet Post Submit
Our friends at Cinefantasy, the genre film festival in Brazil, have written us to let us know what their plans are for this year's edition and what films made the cut for the lineup.
The health crisis still looms and Cinefantasy will hold a hybrid edition this year. In person screenings will be held at Cineteatro Sao Luiz and online screenings will happen on the Innsaie platform.
The lineup includes some familiar titles to ScreenAnarchy. We've spoken highly of Luz: The Flower of Evil and Rendez-Vous in the past. We've listed all nineteen feature films in a gallery down below, every one of them with a trailer!
The bulk of the programming is made up of documentaries and short films which follow with the festival's announcement. This year the festival will be honoring alumni, previous award winner and something of a cinematic icon in Brazil, actress and director Helena Ignez.
Cinefantasy runs online and in person from September 9th to 19th. 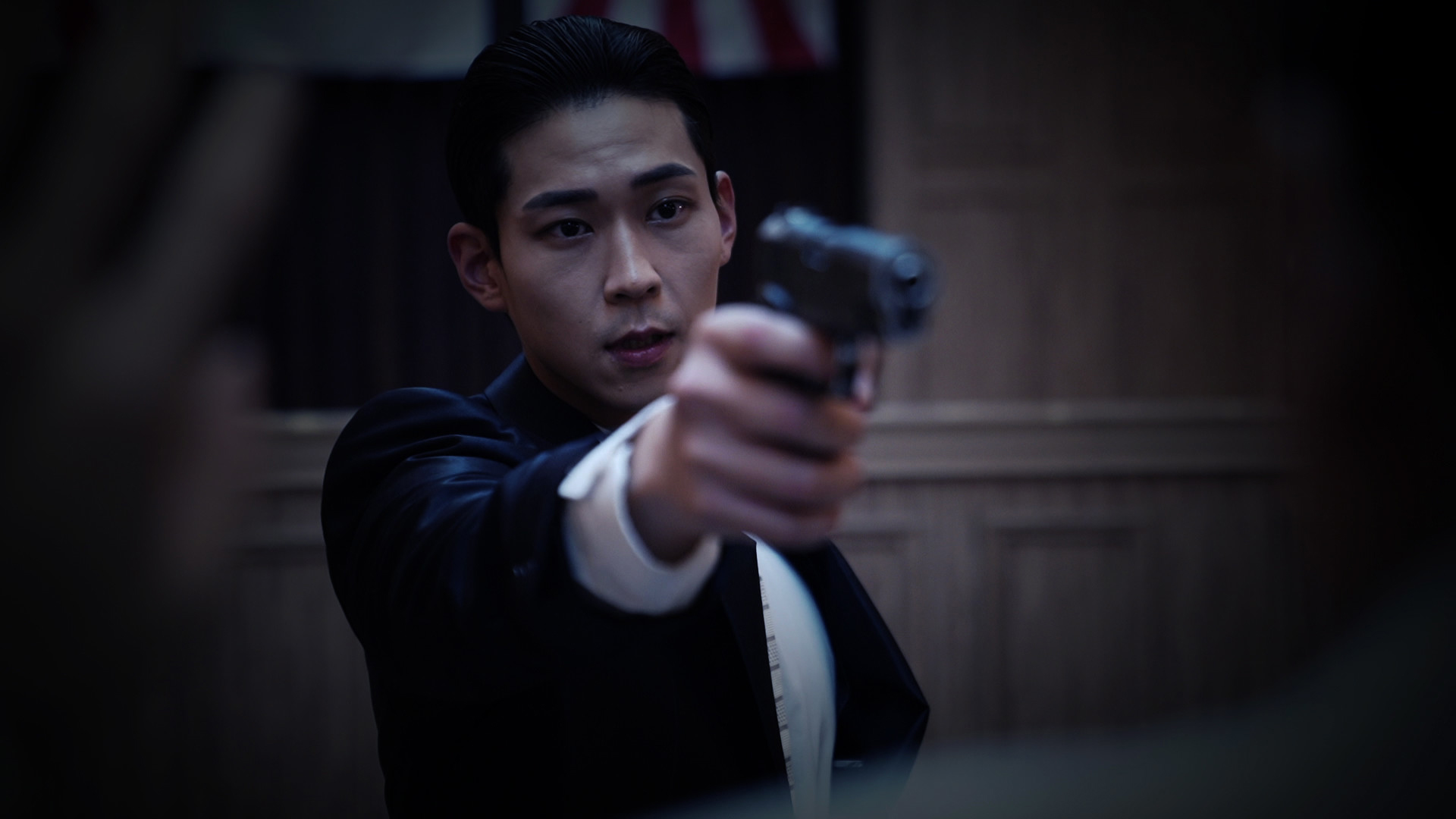 Mr. Choi Yang-Joong, a Korean helmer, is suddenly murdered while completing the scenario for his new work 'The Time and Murder Creation'. Korean lawyer Lee and mystery fiction author Mrs. Jeong gather eight suspects to court and initiate an investigation.

And they soon realize that they cannot get out of this space. The given time is only 3 hours! If you don't find the real criminal, everyone will die! What are they trying to protect? 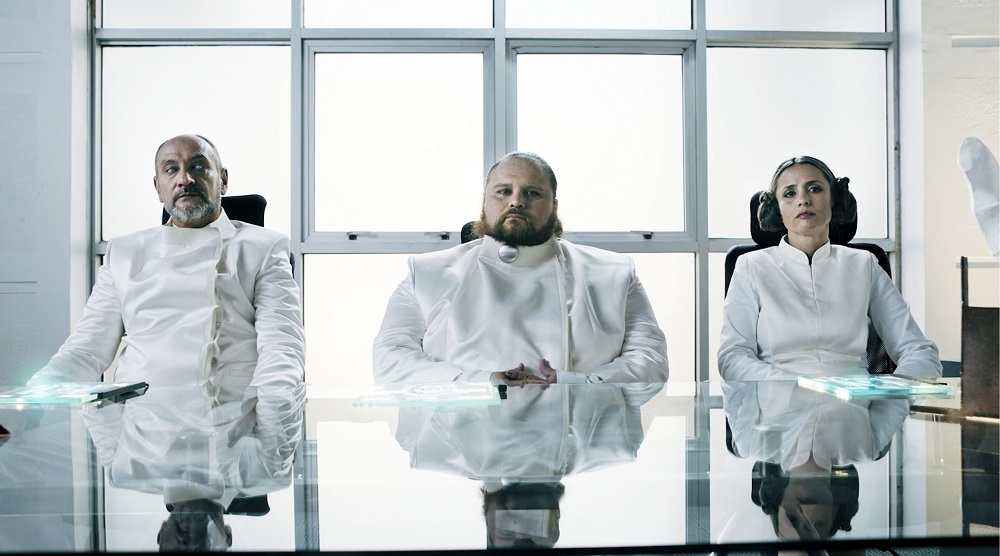 Memorias Corp is a company that relives your memories. María Ana goes there every day to meet again the love of her life. One day an abnormality occurs causing the loss of her past.

A grieving father goes after the one responsible for the death of his daughter and discovers secrets that the young girl had hidden before she died. His search takes him to a nightclub where an enigmatic host promises to help him in exchange for something. Little did the father know the consequences of this agreement. 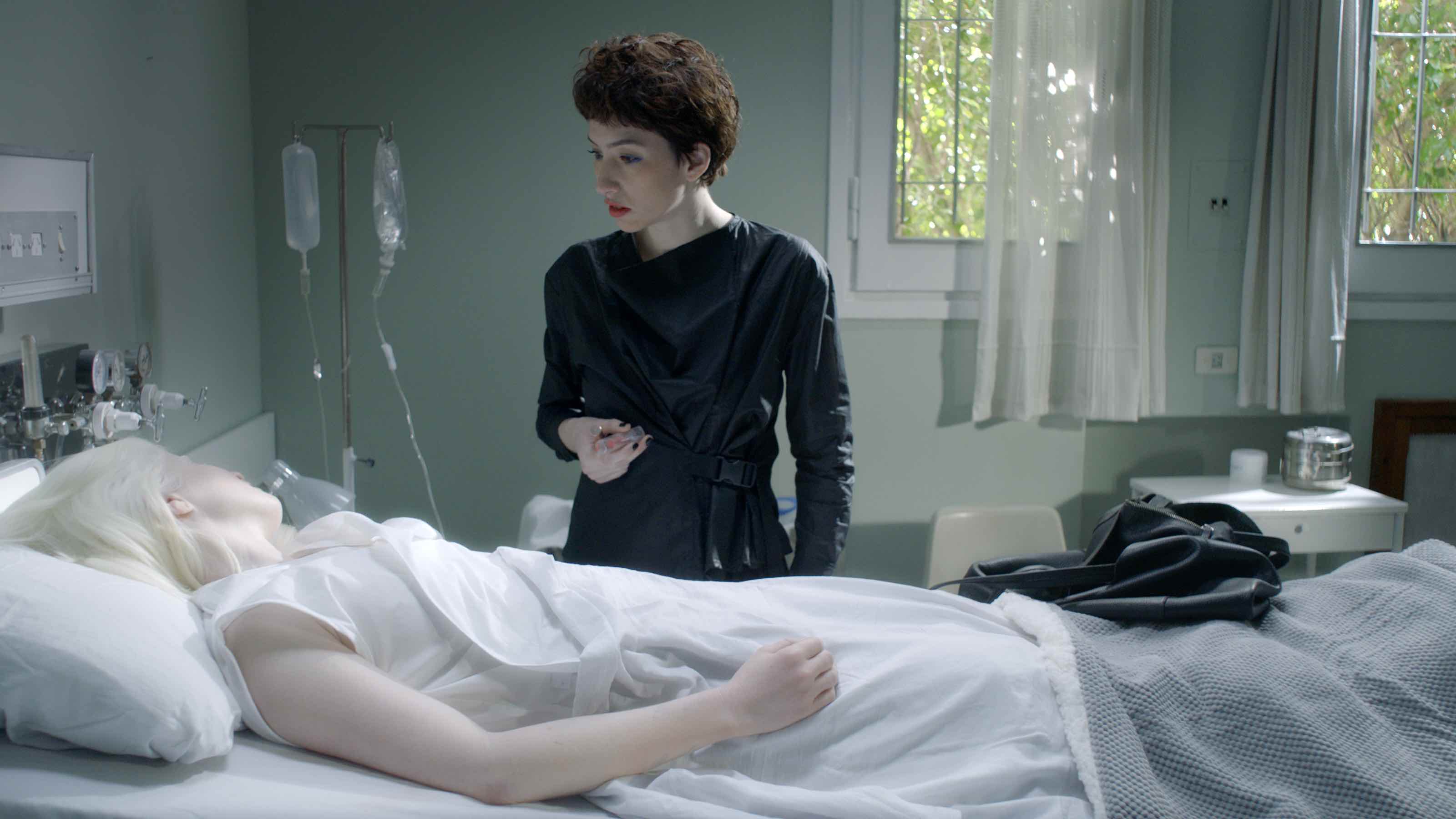 Clara finds Blanca, her girlfriend, without vital signs in her bathtub. Wrecked by the situation, she seeks refuge in Blanca's memories while hospitalized in a coma. Little by little, Clara discovers a Blanca she didn't know. From that moment, she starts a path of physical and psychic transformation to possess her in some way...

Carro Rei is a film of the fantastic genre that addresses transhumanism, a concept that believes in increasing human capabilities through technology. 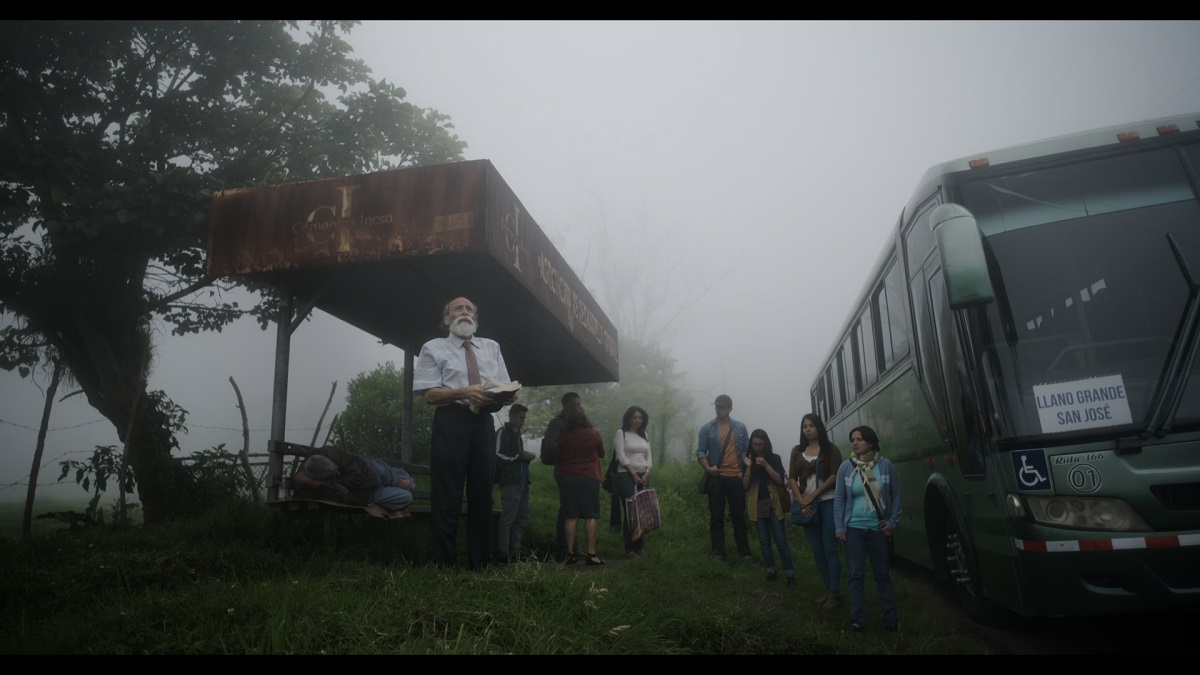 During five days a solar storm hits Central America. People in each of these countries will have to face life in its most basic terms, disconnected from the technology they normally depend on. Fear, friendship and love emerge as they come together with others, while the skies are lit by tropical lights never seen before. 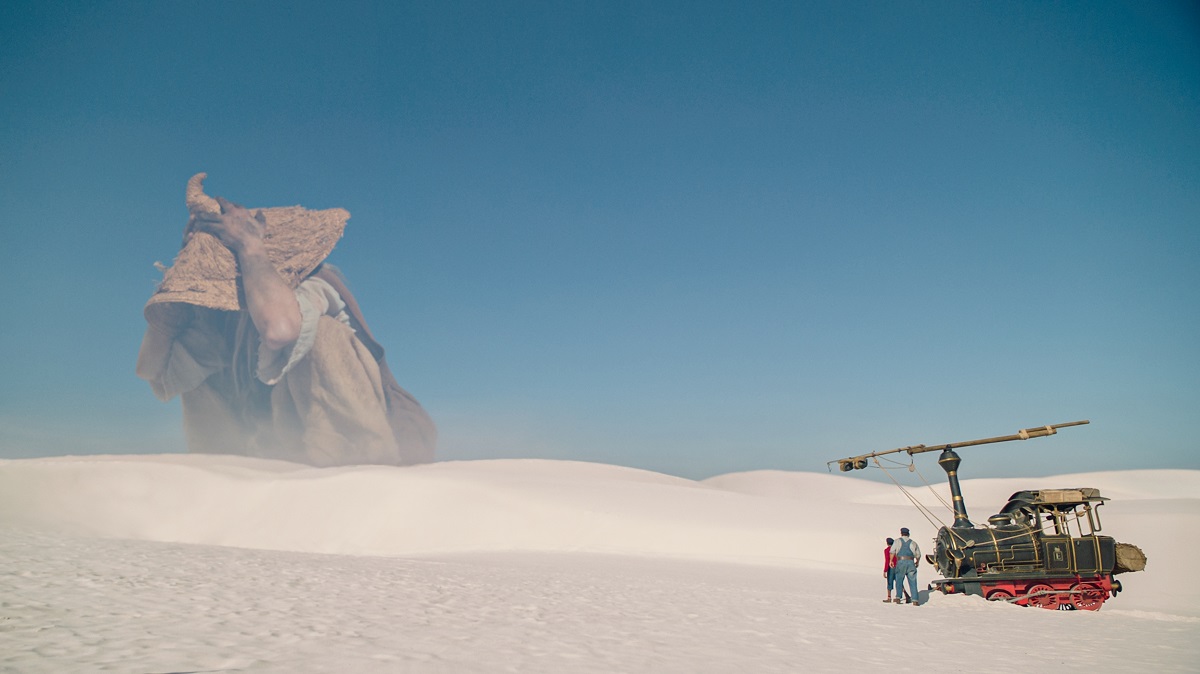 New adventures await Jim Button and Lukas the engine driver! After the two friends have defeated the dragon Frau Mahlzahn, the pirate gang “The Wild 13” seeks revenge. With their steam locomotives Emma and Molly, the Friends embark on a dangerous journey, on which Jim's most sensitive wish could come true: he finally wants to bring the truth about his mysterious origin to light. 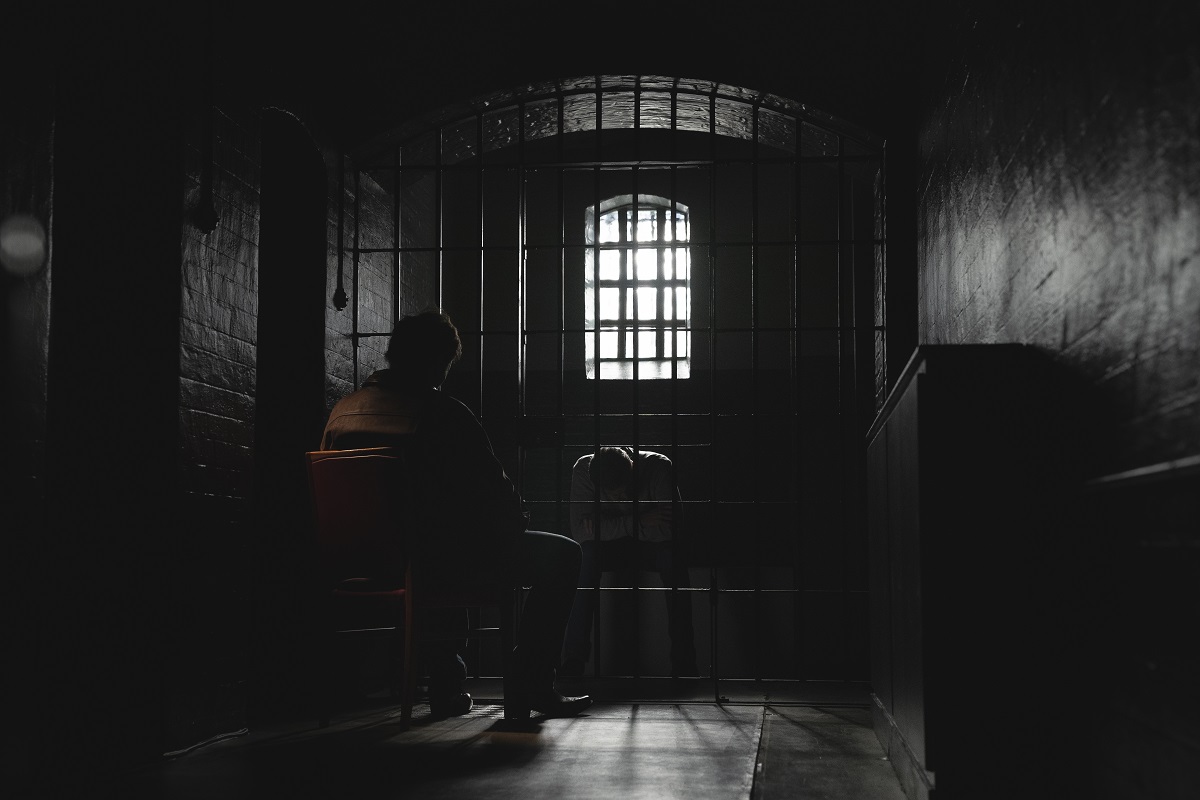 The complete opposite of Warren from the movie “The Conjuring”, self-proclaimed occult expert Dr. Steven Caramore ekes out a living debunking claims of possession and the supernatural with his confident, Ola. However, when a friend and colleague, Ben Dollarhyde, is accused of murder, he claims he was possessed by something demonic and Caramore is forced to question his own beliefs.

Far into the mountains, in a community led by a preacher named El Señor, a child who is supposed to be the new messiah is born, and with him destruction and redemption. Soon, everything will change. Not only for the town, but at the preacher's home, as his 3 daughters, Laila, Uma and Zion, begin to question the true meaning of faith, unleashing a wave of violence and pain.

Beneath the surface of ORDINARY CREATURES, there is a bug’s life. Beetles and caterpillars seem to take no notice of the hippie rituals Martha and Alex try with a young girl they pick up on the road. The levels of “ordinariness” are highly mysterious in this very strange comedy. Rarely has deadpan had a stronger allure. 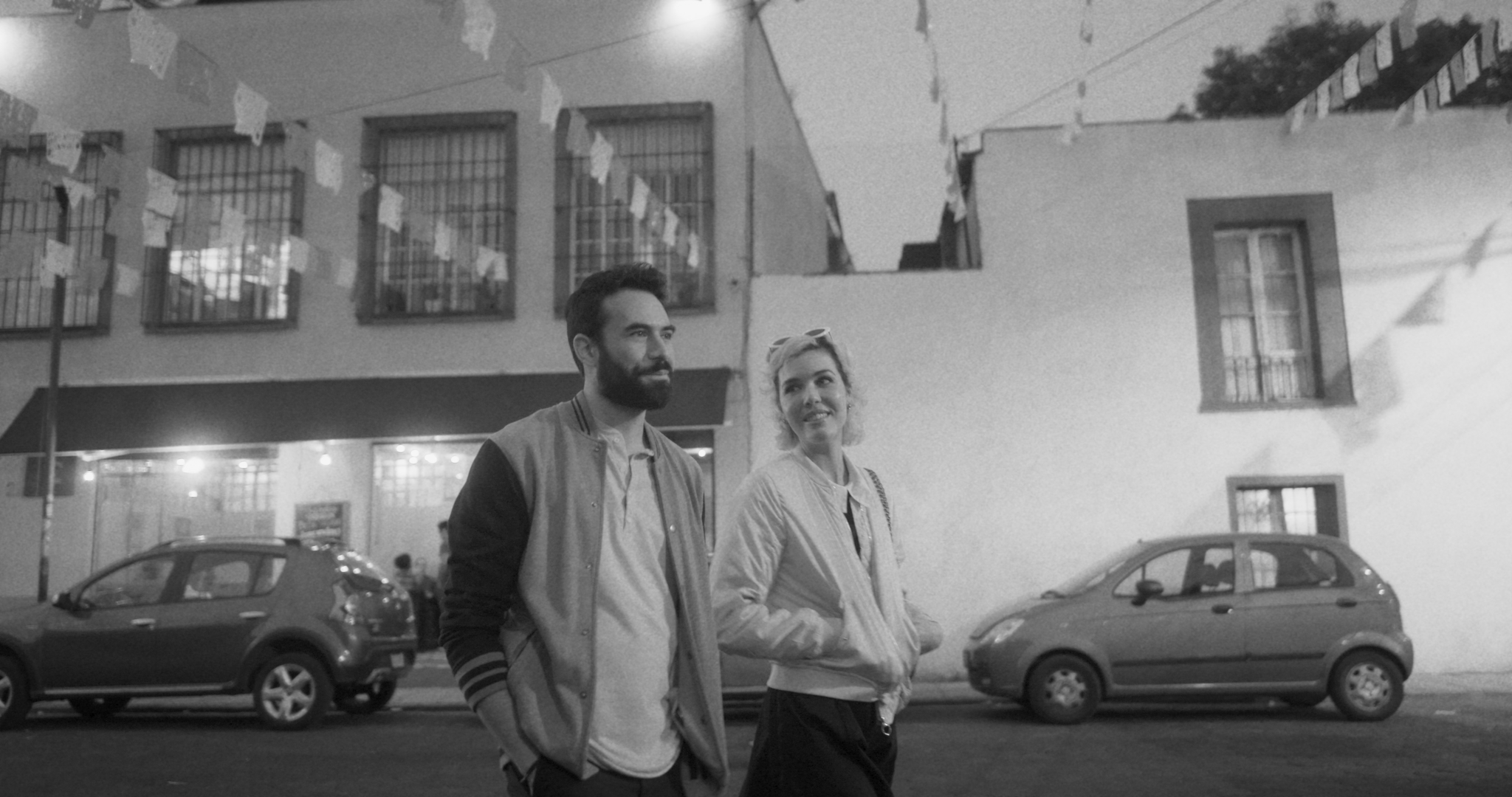 Lili is excited about her date, and when she finally meets Eduardo, she's not disappointed. He's handsome, considerate, but there's only one thing she doesn't like. He lied to her. 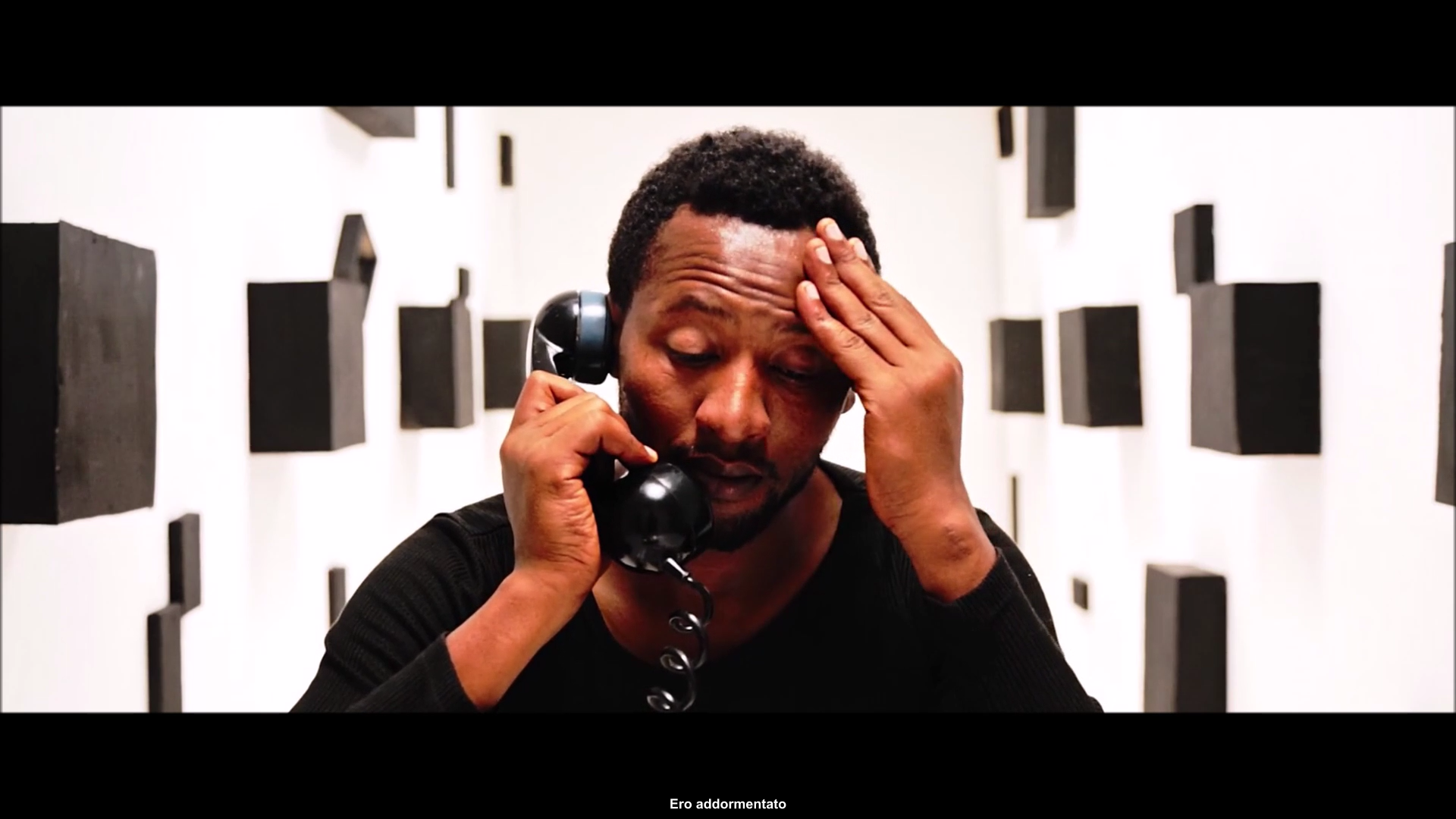 A person who is inside a perfect solo environment, thinks he is kidnapped, but he was not. He has only a telephone as a way of communication. 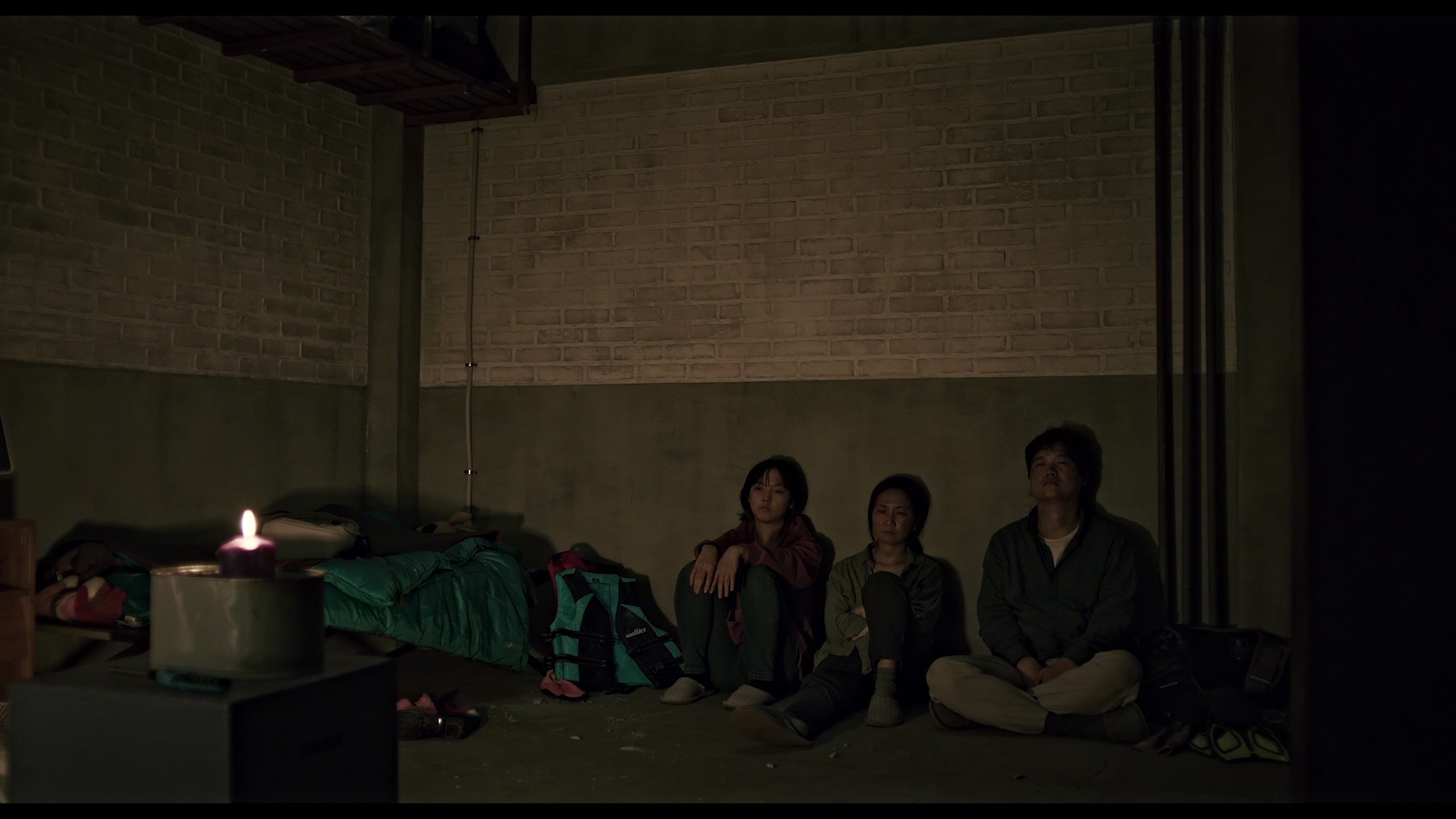 Pan-Gyo, the Korean Silicon Valley, was attacked by a Nuclear bomb. The members of a family who owns a venture business decide to hide in their house’s basement for 2 weeks, as instructed by the Korean Government. The family begins the daily struggle for survival in the basement… 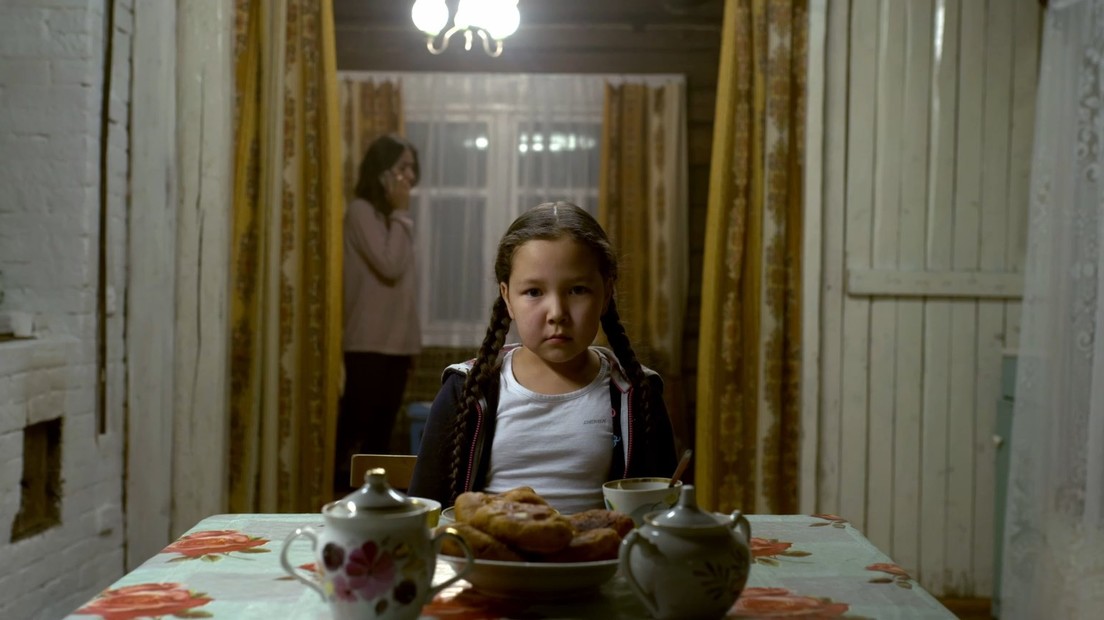 Sardaana arrives at a village for work as a teacher. She meets a photographer Nyurgun, and he invites her to look at the museum full of spooky items. When Nyurgun is absent, Sardaana falls under the influence of the call of an ancient harp in a locked box. Not realizing what she's doing, Sardaana begins to play the harp. A vision comes to her, which she doesn't have time to realize.

The Maestro is a loving tribute to the cult classics of the past, but also an exploration into deep philosophical issues about the nature of art. 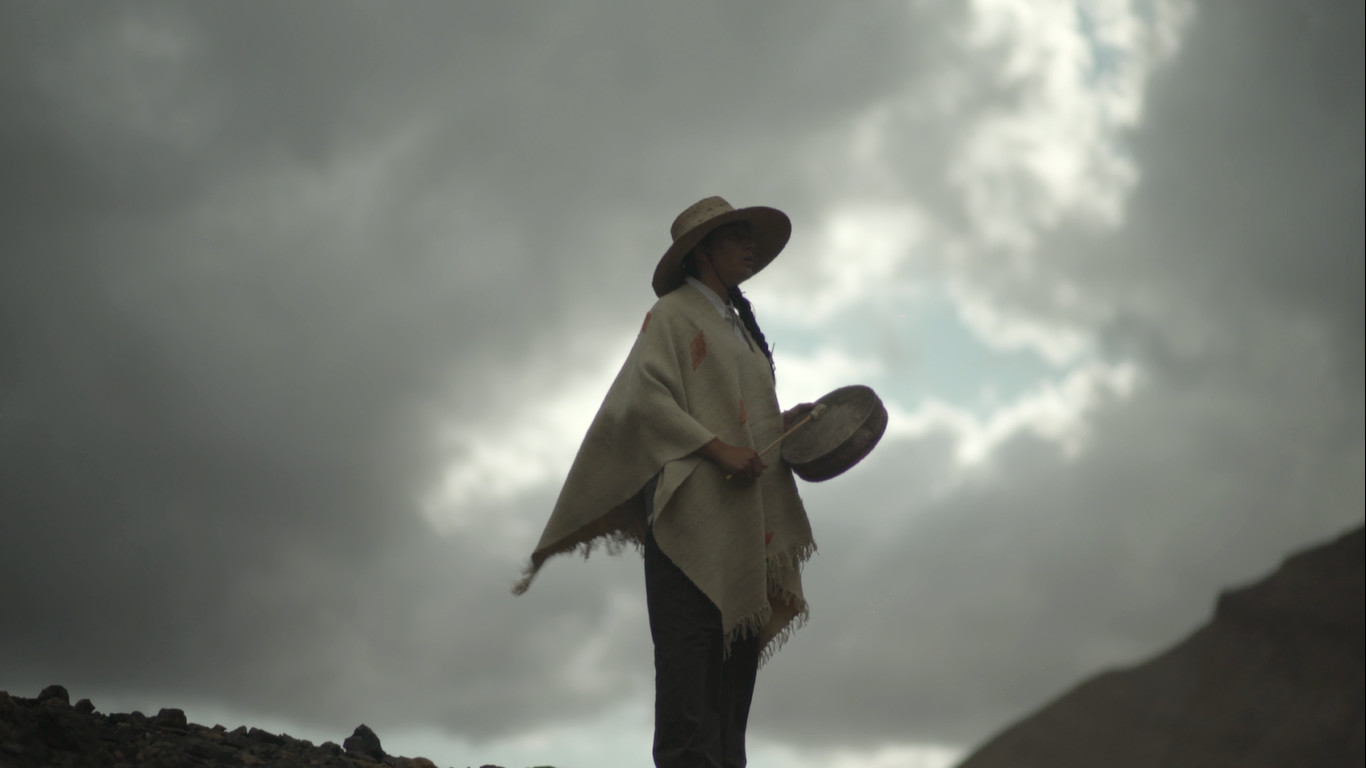 On December 3, 2000, three Pirquineros mounted on horseback to a long-seeked vein of gold located in the high mountain range of Atacama. The landscape is inhospitable and desolate. Not long after reaching the planned place, the controversy arises over the Quispe sisters, belonging to the Kolla ethnic group, and their mysterious tragedy, as the place is a few meters from the rock where they were found hanging without life in December 1974. The Pirquineros arrive at their destination with rarefied spirits. They set up the base camp in the middle of an atmosphere charged with disturbing mystery. There, around the fire, they begin to tell some ghost stories, until Pascual resumes the theme about the triple crime, providing a testimony about his experience of having witnessed the macabre discovery. Paicha, who listens silently and attentively, has a traumatic memory of when he was a child: Hidden behind a rock, he observes a violent episode of repression and mistreatment of indigenous shepherds.