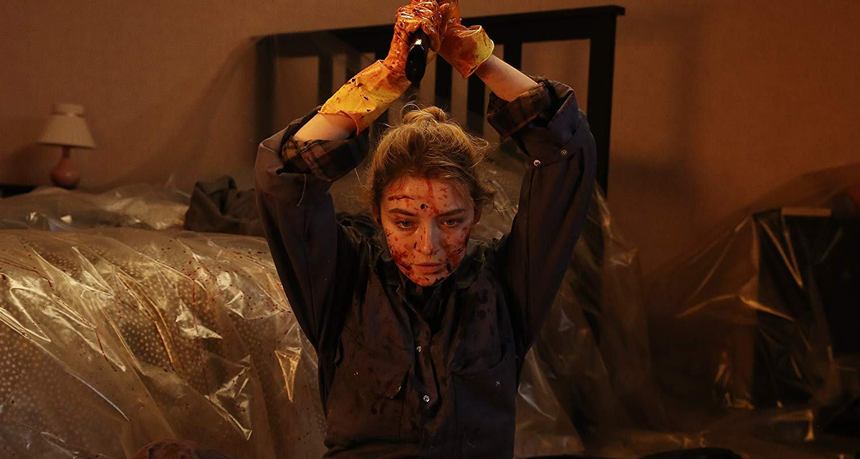 The UK's biggest horror film festival has just announced the opening and closing night films for its 20th anniversary. The Ant Timpson thriller Come to Daddy starring Elijah Wood will open the show, while Abner Pastoll's bloody Belfast crime story A Good Woman is Hard to Find will close out the fest.

Elijah Wood puts in a career best performance as thirty-something Norval in Come to Daddy, who receives an out-of-the-blue invitation to visit his perpetually uncaring dad. The hilarious, inventively gross, core-shocking adventure moves smartly towards its uncompromising and unexpected finale. It was written by Toby Harvard (The Greasy Strangler).

Abner Pastoll's superbly crafted A Good Woman is Hard to Find showcases a tour-de-force performance by Sarah Bolger, who plays a recently widowed mother of two who is desperate to know who murdered her husband in front of their young son, rendering him mute. Pastoll also re-teams with Andrew Simpson who starred in his France-set thriller Road Games.

Do you feel this content is inappropriate or infringes upon your rights? Click here to report it, or see our DMCA policy.
A Good Woman is Hard to FindAbner PastollAnt TimpsonCome to DaddyElijah WoodFrightFest 2019