Fantasia 2019 Review: A GOOD WOMAN IS HARD TO FIND 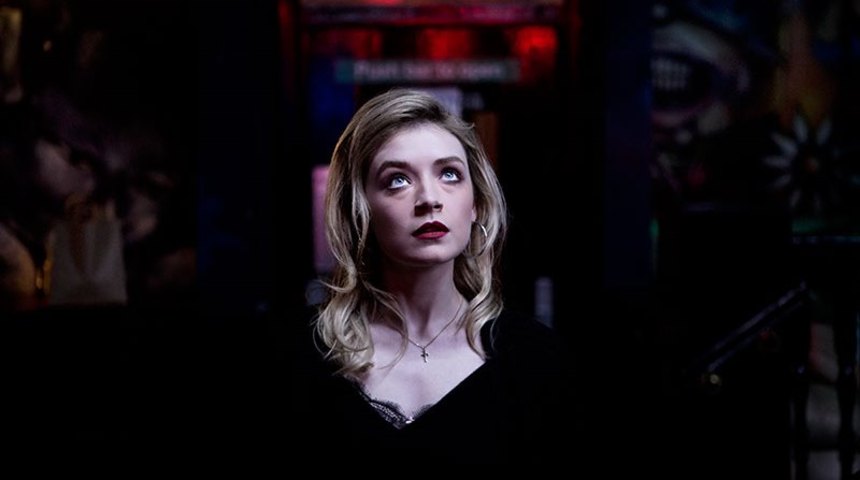 Yes, A Good Woman Is Hard to Find reigns in as many things as those comparisons imply. It's a kitchen sink drama about a grief struck single mother struggling to set her family right following a tragedy; it's a pulpy crime caper involving stolen drugs and bad timing; and it's also a brutal revenge tale.

While the film originates from a screenplay by BAFTA winner Ronan Blaney, it comes down to Pastoll to glue all of these elements together in a compelling way, and it seems as though he bet it all on setting a laser focus on the character of Sarah (played by Sarah Bolger in a brave performance), who could ground the viewer in recognizable domestic life, while chaos and danger swirls elsewhere, inching ever closer with each scene until a violent climax becomes inevitable. In this regard, his bet paid off, as Bolger shines in the film, rising like a phoenix from grief to empowerment in a naturalistic manner that never feels rushed or forced by Pastoll's hand.

The film begins with a mysterious prologue, a glimpse of the violent story to come. Punctuated by an ominous soundscape composed by Make Up and Vanity Set, providing his first feature film score here, it's a striking opening that's made all the more intriguing by leaving the question as to whether Sarah has been victimized or has perpetrated an act of violence ambiguous, though we have our suspicions it's the latter.

After this, we pick up earlier in the story, meeting Sarah as she cares for her two young children, Lucy and Ben, alone. While it's clear she loves her kids, life is not without its problems. Ben has become mute following the murder of her husband, and she struggles to meet the day-to-day demands of family. Things go from bad to worse when a petty local criminal named Tito rips off some dealers and forces his way into her life. Finding herself coerced into supporting his criminal activity, putting her children at risk, Sarah is eventually forced to make a big choice to do whatever it takes to pull herself out of ever increasing danger. Let's just say it's easier said than done.

In Tito, Pastoll re-teams with Road Games lead Andrew Simpson and it's interesting to note Simpson's range, flipping from protagonist in one film to antagonist in the next. He's a good actor that we don't see enough of and I hope that, in whatever Pastoll does next, there's a place for Simpson at the table.

One thing Blaney's script does well is set-ups and payoffs, and while some viewers might guess a couple key moments in the film are coming before they arrive, there's actually great fun in looking back and seeing how previous moments that felt random were put there with purpose. In that regard, it's like a puzzle and A Good Woman Is Hard to Find comes across as assured, confident filmmaking when it all comes together.

With a story that doesn't feel engineered or preachy, but rather grounded in its view of the everyday struggles of women or single mothers in the UK, A Good Woman Is Hard to Find feels timely and unnerving while also embracing its genre roots. Add to this a breakout performance by Sarah Bolger and the film becomes an unmissable crime thriller from a new director to watch.

Do you feel this content is inappropriate or infringes upon your rights? Click here to report it, or see our DMCA policy.
A Good Woman is Hard to FindAbner PastollFantasia 2019Thriller