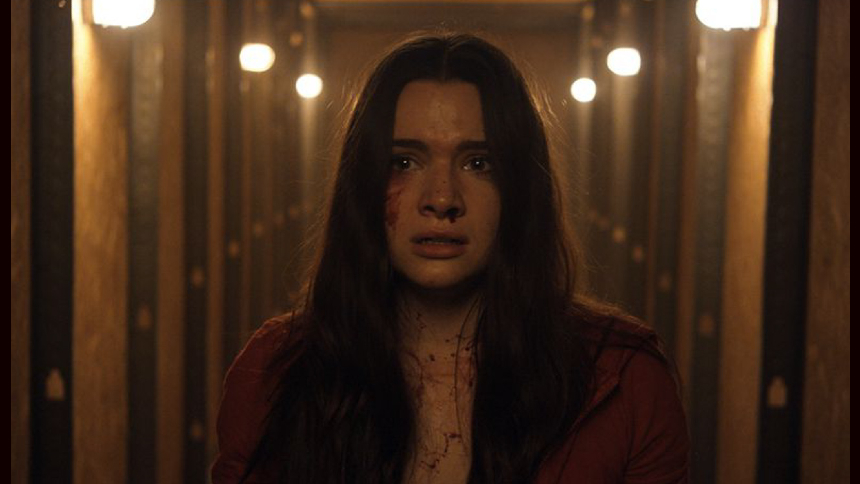 The largest genre festival in the Southeast United States gets underway tonight in frightening Florida. The dedicated folks behind the Popcorn Frights Film Festival have assembled a lovely lineup with a variety of delights that will be unveiled over the next few nights and days.

The world premiere of Haunt (pictured above) kicks off the proceedings in Fort Lauderdale -- watch the trailer and read more about it here -- and then a trio of fright flicks will swamp the minds of eager viewers tomorrow night (aka Friday), as Sean William Scott stars in Bloodline -- watch the trailer -- followed by the "gruesome" thriller The Dare (trailer below) and then Joe Begos' Bliss, after which you may need an appropriate adult beverage to go to sleep.

Sunday will be filled with a fascinating collection of films, including The Unthinkable (highly-recommended in my review, linked below); Artik, which I've seen but is the type of hardcore extremism that isn't really down my alley -- but check out the trailer if it's up yours; and Satanic Panic, which has received mixed reviews but fairly well demands a viewing to make up one's one mind.

Monday starts with Travis Stevens' The Girl on the Third Floor, which is a must-see, and Larry Fessenden's Depraved, which probably also falls into that category. On Tuesday will come The Sonata, which I've seen and absolutely loved (more later), I hope.

There's more to the program than all that, so visit the festival's official site and then enjoy (if you're attending) or make plans to see all these films via official channels at a theater, if possible.

Do you feel this content is inappropriate or infringes upon your rights? Click here to report it, or see our DMCA policy.
genre filmPopcorn FrightsPopcorn Frights Film Festival