Peter Martin
Managing Editor; Dallas, Texas (@peteramartin)
Tweet Post Submit
We begin the new year with an extended look at what's coming to Mexican theaters in 2015, courtesy of our correspondent Eric Ortiz Garcia. We also have a trailer for Heroes, a lighthearted new film that's opening in its native Chile this week, as reported by Jaime Grijalba Gomez.
Further, we have a rundown on the box office charts in Argentina, both recent and over the past year, as well as a trailer for Papeles en el viento, a new comedy-drama from the author of The Secret in Their Eyes. 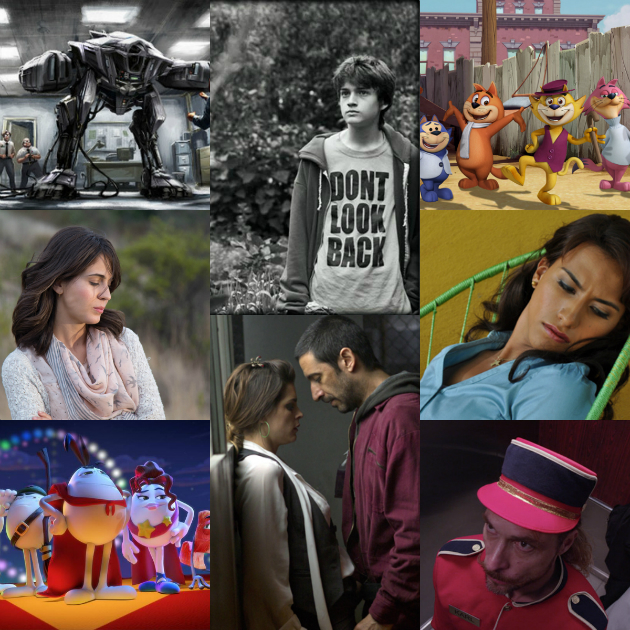 With the Gloria Trevi biopic Gloria opening in cinemas last Thursday, the year officially began for the Mexican film industry. It’s time then to see how 2015 looks for Mexican cinema by listing some of the confirmed releases for the next twelve months.

Aztec Warrior (dir. Scott Sanders)
The director of Black Dynamite is behind this production backed by Pantelion Films, Lionsgate and Televisa’s company that specializes in Latino audiences. It was way back in 2012 when Todd Brown first wrote about this project: “Luis Guzman in the title role with Terry Crews (The Expendables) and Mexican comedian Eugenio Derbez in support. Sanders cites cult hits such as Santo and Blue Demon vs. Frankenstein and Mil Mascaras vs. the Aztec Mummy as key influences.”

Carmín Tropical (dir. Rigoberto Pérezcano)
The big winner of Morelia 2014 is Rigoberto Pérezcano’s fiction about Juchitán’s muxes. The director has described the film as “pink noir”, as the film’s protagonist returns to the town of Juchitán to investigate the murder of one of her best friends.

Las Oscuras Primaveras (dir. Ernesto Contreras)
One of the most talked about titles at Morelia 2014 was Las Oscuras Primaveras, a film about a sudden affair between a single mother (Irene Azuela) and a married worker (José María Yazpik) and how this encounter will reflect their unhappy reality.

The Hours with You (dir. Catalina Aguilar Mastretta)
Catalina Aguilar Mastretta’s debut feature premiered last year at the Guadalajara film festival, where it was described as this: “Ema finds out she is pregnant with an unplanned child she's not sure she wants to keep, the same week her beloved grandmother becomes gravely ill. Spending her last days at her grandmother's side, Ema is forced to spend time with her estranged, larger than life mother, getting to know her and seeing her with new eyes. As she spends time with the people gathered around her grandmother in her last days; Ema re-evaluates her beliefs, her fears and her set ideas about family, love and parenthood.”

Un Gallo Con Muchos Huevos (dir. Gabriel Riva Palacio Alatriste)
The kiddies will want to check this one out, the third movie based on the famous Huevocartoon and first in 3D. I predict this to be both a massive box office success and a critical failure.

Güeros (dir. Alonso Ruiz Palacios) and The Incident (dir. Isaac Ezban)
The two most acclaimed Mexican films of 2014 are getting a proper release this year. You can read my review of The Incident here, and Ernesto Zelaya’s Güeros, reviewed here. 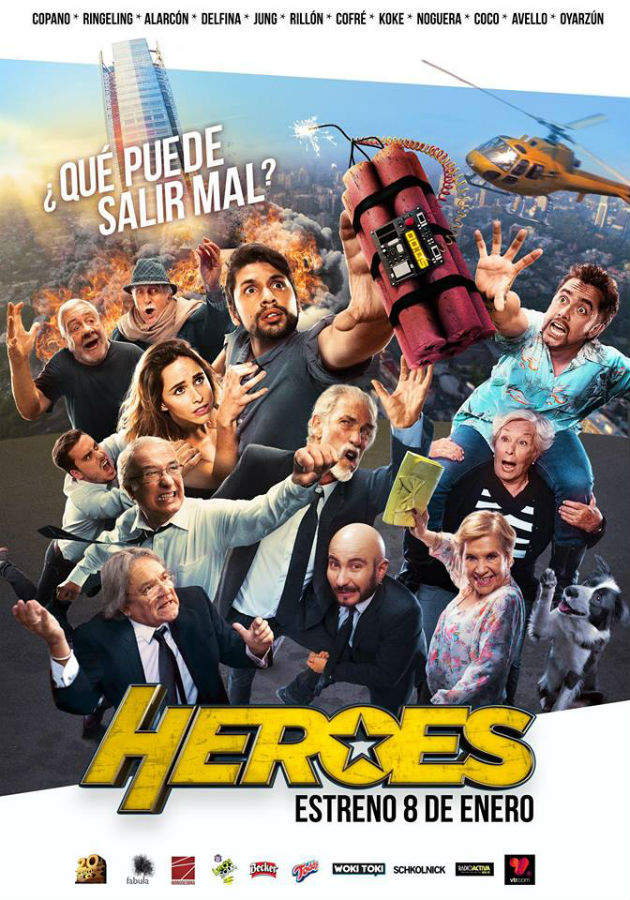 Ernesto Diaz Espinoza's action comedy Santiago Violenta premiered on January 1 in Chilean theaters, being the first local premiere of 2015 for the country. Its opening weekend competition included a trio of U.S.-made films: horror flick Ouija, family film A Night at the Museum 3: Secret of the Tomb, and Nicolas Cage-starrer Apocalypsis (original title: Left Behind), directed by Vic Armstrong.

This week, we have a comedy called Héroes that reunites most of the comedy actors of today and yesteryear in one movie about superheroes... I think. Watch the trailer below.

Topping The Charts In Argentina

Relatos Salvajes (aka Wild Tales, Damián Szifrón's whirling dervish of an anthology movie, finished #1 on the box office chart for 2014. Released on August 21, the film remained at the top of the chart until relinquishing its throne to horror movie Annabelle when it opened on October 23.

Relatos Salvajes grossed some US$17 million through the end of the year, well ahead of Disney's Frozen, which made US$11.5 million, and is still playing in cinemas. Per Box Office Mojo, Bañeros 4: Los rompeolas, directed by Rodolfo Ledo and released through Disney, also finished in the top 10, earning US$5.1 million.

Last weekend, the local opening of Peter Jackson's The Hobbit: The Battle of the Five Armies, was warmly embraced. As reported by Deadline: "Among new openers, Argentina set the record as the biggest Warner Bros opening of all time with $2.1M on 300 screens. Results are nearly double that of The Desolation Of Smaug, and 95% ahead of An Unexpected Journey."

That translates into more than 270,000 people who bought tickets, according to Cines Argentinos, The movie pushed Grandes Heroes (aka Big Hero 6) into second place, followed by Ouija and Tonto y Retonto 2 (aka Dumb and Dumber 2.

This week sees the release of action fave Sin Control (aka John Wick, A Night at the Museum 3: Secret of the Tomb, and Foxcatcher, but also two films from Argentina.

Sordo is a documentary by Marcos Martinez about a theater group in Buenos Aires, composed of deaf performers who are preparing a new sign-language stage production.

Papeles en el viento (aka Papers in the Wind is adapted by Eduardo Sacheri from his own book; he's also the author of El secreto de los ojos, which became a movie known in English as The Secret in Their Eyes. Papeles en el viento is "a comedy about three men who take care of their recently deceased friend’s daughter and try to turn his investment in a football player into a lucrative piece of business," per Screen Daily.