Now on Blu-ray: DER BUNKER Comes Out of Hiding 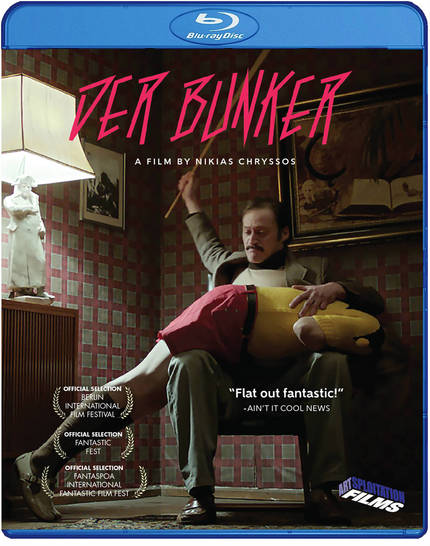 Just in time for the beginning of the school year, Nikias Chryssos' Der Bunker arrives on Blu-ray and DVD.

It is a strange one. Quoting from the official synopsis: "A student (Pit Bukowski, Der Samurai) rents a room in a bunker home nestled deep within a forest. Here, instead of finding tranquility for his studies, the young man becomes increasingly involved in the dramas of his landlord's family."

I saw the film at Fantastic Fest last year and found it quite odd and betwitching ... eventually:

Making his feature debut, Nikias Chryssos spends the first part of the film setting up a pitch black comedy, filled it with the sort of mean-spirited, intentionally bizarre, and absurd humor that normally makes my skin crawl. Without giving too much away, though, Der Bunker is about more than a twisted, unbelievably dysfunctional family.

You can read my entire review here.

Der Bunker will be released on DVD and Blu-ray (and 90-day exclusive streaming on Vimeo) tomorrow (Tuesday, August 23, 2016), and on most major VOD outlets beginning on December 6. Bonus features include: Deleted Scenes (20'), Outtakes (13'), and an Audio Commentary. 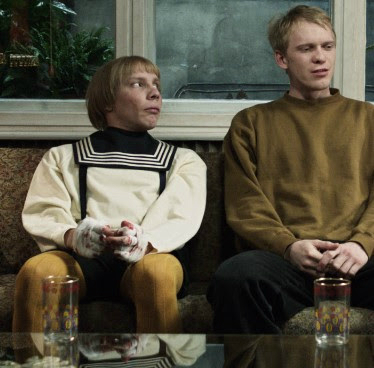 Do you feel this content is inappropriate or infringes upon your rights? Click here to report it, or see our DMCA policy.
Der BunkerGermanyNikias ChryssosPit Bukowski