Toronto 2014: ScreenAnarchy Wraps It Up With All Our Reviews And Top Films

The Toronto Film Fest is all said and done for 2014 and again the ScreenAnarchy team pumped out the reviews. You can find all our reviews here for your perusal and check out our top picks and misses in the gallery below. 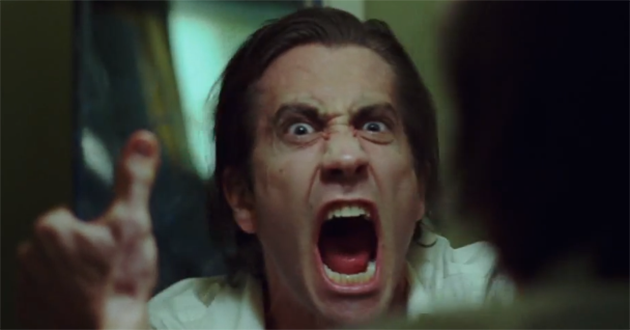 What was your favorite film of the fest?

Jason Gorber: Nightcrawler for me was the perfect blend of an accessible film that's got profound ideas, stellar execution, and an artistic flair. Close runner-up was likely The Last Five Years, as it was the first time ever at in 18 years of doing TIFF that I saw the same film twice at a festival (couldn't pass up the chance to see it in an IMAX venue!)

Ryland Aldrich: The movie I'll remember most from TIFF 2014 is the awesome Nightcrawler.

Kurt Halfyard: Leviathan - This vodka-soaked social drama takes a long look at the system as it stands to crush the little guy in its whale-sized wake. The story takes difficult and surprising turns that evoke anger and despair with 21st Century Russia and its citizens. Filmed on the Arctic coastline with real beauty and power, the score (with contributions from Philip Glass) is as astonishingly powerful, but never more so than the gut-churning final punchline.

Zach Gayne: Fiction - It Follows is a truly frightening horror indie that translates the aesthetics of director David Robert Mitchell's first feature - the teen drama Myth of the American Sleepover - into an eerie innocence lost atmosphere, full of ghastly frames, evoking the surreal haunts of Carnival of Souls. Mitchell's pitch perfect screenplay and tonally masterful execution make It Follows more than the most impressive horror film I've seen all year.

Doc - Electric Boogaloo: The Wild, Untold Story of Cannon Films - With the right subject matter, certain documentaries, if presented well enough, simply cannot fail. Such is very much the case with Electric Boogaloo, the untold story of The Cannon Group, who brought the world such anti-classics as Breakin’, Death Wish 2,3,4…, and Masters of the Universe, amongst a sea of other low-budget titles the management would peddle by selling movies based on fake posters.

Carrying Roger Corman’s legacy of dirt into the bizarre 80s, the bad-news-Jews, Menahem Golan & Yoram Globus, two Israeli cousins who infiltrated Hollywood in the 70s, made an obscene number of movies with a rigorously indie cowboy spirit. Some were awful, others were favorited by millions (though still a little awful), but with a confused sense of storytelling, Golan-Globus turned indie-filmmaking into an economically sound factory of output that, in retrospect, makes the booming accomplishments of the Weinstein brothers a little less original. I already loved this movie going in, and given the spot-on collection of talking head perspectives and sordid clips provided by Not Quite Hollywood director Mark Hartley, I loved the doc exponentially more leaving the theater. Cannon warrants its own film festival. Do it! 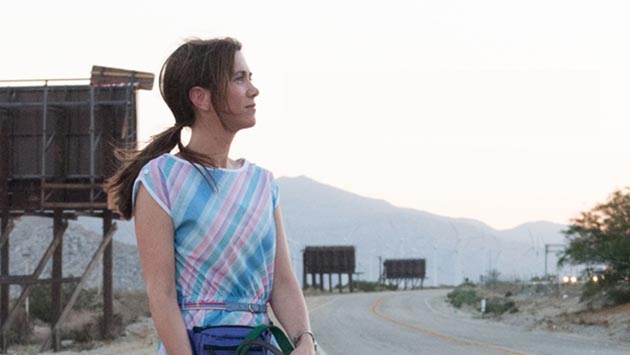 Zach Gayne: Kristen Wiig in Welcome To Me - As tempting as it is to award this honor to Michael Parks’ outlandishly over the top portrayal of Howard Howe: friend of the walrus, I’d rather applaud Kristen Wiig for her work as Alice Kleig, a character who is, at once, obliviously hilarious and tragically perturbed. Wiig, careful not to parody mental illness, approaches Alice’s pathos with empathetic understanding, simultaneously managing to garner huge laughs while asking big questions.

Kurt Halfyard: Jake Gyllenhaal's dead-eyed sociopath giving perky and passive aggressive empowerment monologues to everyone in his path in Nightcrawler. His steady rise to the top of the leading-man pile that started with back in 2007 with Zodiac, and hit momentum with last years Villeneuve double header, Prisoners and Enemy, peaks magnificently with this performance. The film is really good too. Kristen Stewart's marvellous performance in Clouds of Sils Maria is very much worthy of mention, as is Cannes-feted Timothy Spall in Mike Leigh's Mr. Turner.

Jason Gorber: There were great performances in terrible films (here's looking at you, Cumberbatch), but I'll give this one to Jake Gyllenhaal in Nightcrawler. The term "transformative" is often overused, but he's so impeccable in this role that the term is aptly applied here

Ryland Aldrich: My vote goes to Tom Hardy for his tough guy with a heart of gold performance in The Drop. Jake Gyllenhaal in Nightcrawler and Steve Carell in Foxcatcher also impressed. 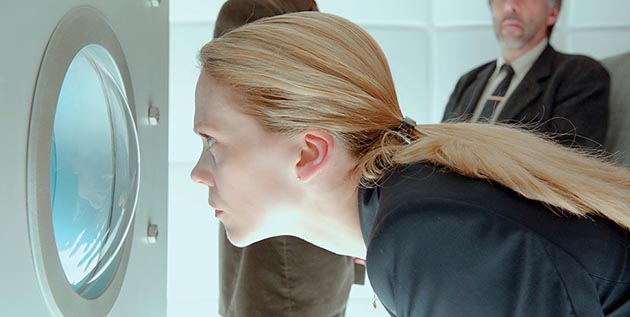 What was the biggest surprise or discovery of the fest?

Kurt Halfyard: Bent Hamer's 1001 Grams is the rare film that goes out of its way to spell things out to the audience in a precise and obvious way, and gets away with it effortlessly. Normally this kind of obvious filmmaking bothers me, but because the lead character embodies precise modulation and measurement (she is the keeper of Norway's 'National Kilogram' for standardizing all of the countries scales) it works. That is an often a stylized absurdist bit of quiet romantic comedy is indeed, the icing on the cake.

Jason Gorber: I certainly wasn't expecting The Last Five Years to be as good as it is, but other than that it wasn't a super year for discoveries. I'd been spoiled by seeing loads at Sundance and Cannes, so this TIFF was getting used to finding films from outside the box, from fine films about taxation like The Price We Pay.


Ryland Aldrich: - The biggest surprise of the fest for me came two-thirds of the way through Spring when I realized how much I enjoyed the film after not being into it up until that point. It's not that the film is better in the second half than the first, it's just that it has to all sink in a bit before it is obvious how well done the film actually is.

Zach Gayne: Goodbye To Language 3D - Godard is anything but a discovery, but after his previous feature, Film Socialisme left me bored and befuddled at TIFF 2010, his remarkable foray into the third dimension, Goodbye To Language 3D, was somewhat of an extremely pleasant surprise. Godard’s latest is the most refreshingly alive and playfully carnival-esque work to come from the master of freeform, stream-of-consciousness cinema in many a year. Like a surrealist kid in a candy store, Goodbye To Language peppers its audaciously complicated images with ever-profound and poetic quotes, remarks and scenarios exploring everything from canine communication to the relationship between love and excrement. Godard’s frames skew perspective with eye-splitting trickery and brazen disregard for accurate depth of field, leaving a neighboring audience member muttering, ‘oh man, I’m gonna puke…’ Bravo! 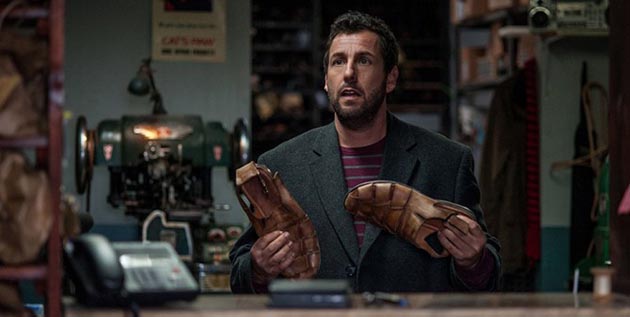 What was your biggest disappointment?

Ryland Aldrich: I may remember this year's festival as having more disappointments from notable filmmakers than ever before, but the cake-taker has to be Tom McCarthy and his anemic effort The Cobbler. Where The Station Agent and Win Win were well told stories full of heart, this Adam Sandler vehicle was a cliché-filled bore from beginning to end.

Zach Gayne: While We're Young - I had very high hopes for Baumbach’s meditation on coming to terms with aging and it's possible they’re to blame for my underwhelming response. My review may paint me as something of the offended youngster – scenes like Ben Stiller resentfully judging younger characters falsely appropriating a before-their-time cultural relic admittedly scratched a nerve - but I think if Adam Driver’s character was a little less simplistic, Baumbauch could’ve achieved a more layered approach to the cycle of passing on the torch. Perhaps I’m simply too young to appreciate the film’s hard-earned bitterness, but even so, While We’re Young is far too cynical for this whippersnapper.

Kurt Halfyard: Morten Tyldum's The Imitation Game has none of the filmmaking cheekiness or subtle emotional intelligence he exhibited in Headhunters. This film may have won the TIFF People's Choice award, and is probably headed towards winning Oscars, precisely because it is so fucking middlebrow it is insulting. It takes what was something undoubtedly complex, nuanced and powerful, namely the life and legacy of Alan Turing, the man who, in his youth cracked the Enigma Code in World War 2, laid the groundwork for the modern computer, and set the boundaries and expectations for 21st century Artificial Intelligence (the "Turing Test") and it vanillas it down to Hollywood dramatic cues and cliches. Please, casting agents, save Benedict Cumberbatch from being stuck in the role of 'autistic genius' and give him more vulnerable, challenging stuff like August: Osage County. The film also features Charles Dance as Animal House's Dean Vernon Wormer, always trying to shut them down, and Mark Strong as super-spy who traffics entire in pithy reaction shots.

Jason Gorber: I've become pretty good at not holding up my expectations too high, but it was almost impossible given the pedigree behind Rosewater to not be at least a bit bummed out that it's not the masterpiece we may have gotten. My most disappointing moment, however, was when my ScreenAnarchy review of The Connection caused my interview to be cancelled. Showing up, I saw the producers reading the review, and they decided on the spot that they didn't want to talk with me. Childish and petulant, sure, but also short sided - rather than giving a forum to the filmmakers to express their own opinions about the film, instead we have this redundant project remembered for all the wrong reasons. 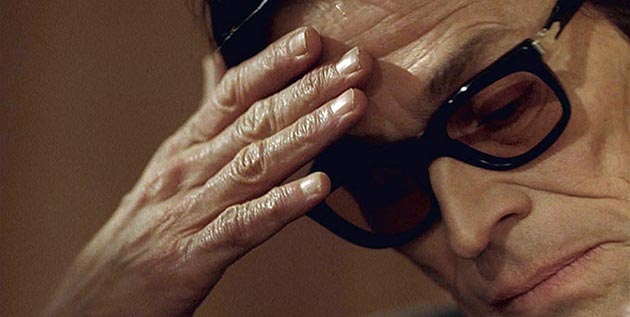 What was your favorite non-film moment?

Zach Gayne: During the Pasolini Q&A for the new Abel Ferrara film, in which the man gets the Last Days treatment, Abel was asked whether or not he was satisfied with the distribution of another film of his,Welcome To New York, which opened in select North American cinemas, such as Toronto’s glorious Royal theater, last week. In the most satisfyingly thick New York accent one could imagine coming from the Selby Jr.-esque director of Bad Lieutenant, Abel asks something like,“ What? It’s in a theater, ain’t it?”… Eating his words, the questioner mutters something about the Royal’s release. “So what do you want?”, Abel beckons, “..for the film to screen at the fucking White House?!”

Kurt Halfyard: Being poured bitter and earthy Bourbon from a wooden cask accompanied by exceptional beef Fajita's at 5am from a Cuban Chef in a cobbled together outdoor back-yard kitchen lit only by candles. And getting a fine lecture on the nuance of human sweat in the ingredients. Always eat well at festivals - at any hour - and this was the goddamnest way to do it.

Jason Gorber: I had a slew of great interviews to do this year - Jemaine Clement, the guys from Foxcatcher, Jon Stewart and his Rosewater cohorts, the guys from Whiplash - but the real thrill was from hearing from filmmakers about how my reviews meant a lot to them, and how my writing helped in a small way get their films to reach an international audience. The directors of The Look of Silence, Red Army and Wild Tales each called out my work on ScreenAnarchy, and that was obviously an incredibly gratifying thing to hear

Ryland Aldrich: - TIFF is always a great place to connect with old friends and meet new ones. The two came together once very fun night when a few fellow journos and I went bouncing all over the city from party to party, just looking for one that served good food. We finally found it and ate like heroes – though I still have no idea what movie the party was for.

Do you feel this content is inappropriate or infringes upon your rights? Click here to report it, or see our DMCA policy.
Festival wrapstoronto 2014Toronto Film Fest