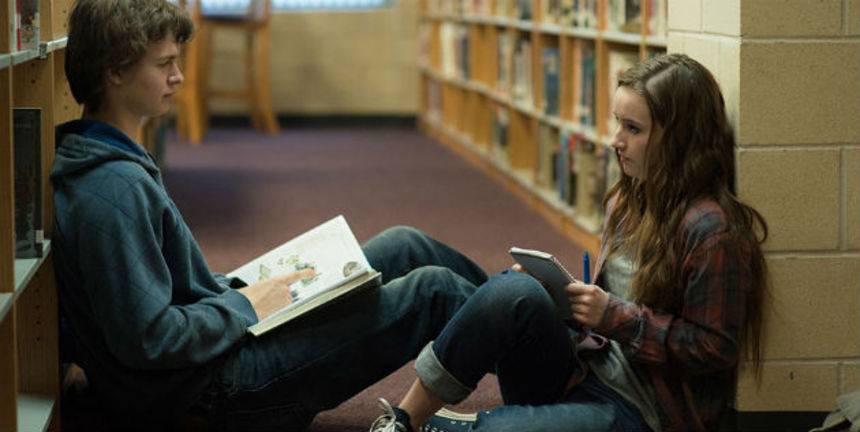 Jason Reitman is having an identity crisis.

As one of the most prolific voices in his generation of filmmakers, Reitman has been a model of consistency, pumping out smart and snarky dramedies every two years from Thank You For Smoking to Young Adult (with Juno and Up in the Air in the middle, for those keeping score). Then came Labor Day, a nostalgic drama that felt like a real diversion for the director, and was widely seen as a misfire.

Now Reitman is back only one year later instead of his customary two with Men, Women & Children. And while the film stars Adam Sandler, it again eschews the comedic current of his previous films for more of a social commentary on life in white suburban America in the middle of the second decade of the 21st century. Lucky for us, what Reitman has to say can still be pretty entertaining.

Alongside Sandler are nearly a dozen other lead actors. No one character plays the protagonist and all provide a different window into our "online age." Judy Greer plays Joan Clint, a mom concerned she might be exploiting her cheerleader daughter Hannah (Olivia Crocicchia) with their "model shots" website. Ansel Elgort is Tim Mooney, the high school football star who wants to give up the sport for the only thing he really cares about, online gaming. The only thing, that is, until he falls for Brandy (Kaitlyn Dever), an outcast girl whose mom (Jennifer Garner) locks down her online use to staggering proportions.

Reitman uses all sorts of graphical tricks to have text and websites fly across the screen and it all works well, but ultimately these are the familiar tropes of kids wanting to fit in and parents being over (or under) protective, just with the trappings of interconnectedness to advance the plots. Interestingly, it's one of the less internet-based stories that proves the most engaging. In this plotline, Elena Kampouris is Allison, a girl obsessed with fitting in to the point of destroying her body to do so. Also, the top billed cast of Sandler playing opposite Rosemarie DeWitt is a more traditional story of a marriage gone stale than it is commentary on technology.

It's difficult to tell this many interconnected stories about teens and parents without dipping a toe into cliché. Yes, the head cheerleader is a slut and of course someone is going to attempt suicide before this is all over. But throughout the film, it manages to stay completely entertaining. This isn't a window into the secret world of youth as in Kids (or even Palo Alto). But it is a well told story(s) that feels particularly relevant.

Relevant, that is, if you are a white, middle class American. Race is nary an issue in these characters' lives, nor is money. These are the problems of the privileged, and there's really no attempt to pretend otherwise. It's not what this film is about, and perhaps that's okay. But the cast's lack of diversity is certainly noticeable.

Even with its slight sense of preachiness, when it is all said and done, Men, Women & Children is an entirely enjoyable film. It may be overly ambitious with its subject matter, but the characters are interesting and acting assured. Like he did with Labor Day, Reitman is bound to get some stick for taking himself too seriously. But if you look past what this is trying to say (or who it is trying to say it to), there is plenty to like. And perhaps just making enjoyable movies is the reason we all fell for the director in the first place.