Toronto 2014 Review: MONSOON Paints A Brash, Beautiful Portrait Of India And Its Storms 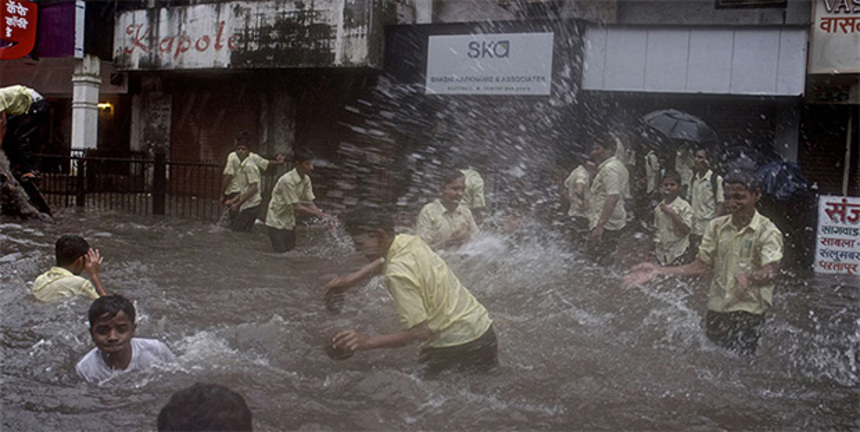 There's something primal about our fascination with storms, something connected for even the most urban of city dwellers to the enormous forces that shape our planet. It's no surprise that earlier civilizations named gods after these elements, and that for millennia the cleansing and chaos brought by heavy rain has shaped our very existence.

There are few storms so tied to the survival of a good chunk of our species than the Indian Monsoon. It's a fickle storm, one that can drench and destroy one area while leaving another desiccated. It's a force so entwined with our condition that it's hard not to see anthropomorphised elements, aspects of malice or kindness, a system operating on a scope with a speed and ferocity that's near impossible to predict, and harder to tame.

Award winning documentarian Sturla Gunnarsson returns to TIFF with another of his meditations on nature, traveling throughout the subcontinent to see the affect that this seasonal storm has on one of the world's most populous areas. A mix of personal diary, voxpop documentation and poetic tonepoem, the film plays as a laconic, at times dreamlike tale of this remarkable event.

The film is shot beautifully, capturing in detail not only the stunning colours and sights of India, but the small details in the houses of those down south waiting for the rains to come and the dry and cracked desert a bit further north.

The rains are tied to pop culture in the form of romantic Bollywood escape, and terror in the form of wanton destruction. These are rains that can't quite wipe clean the slums, rains that rip mercilessly through small villages. This is water that helps sustain wildlife, but also causes endangered species to migrate away from protected areas into the waiting arms of poachers.

The monsoon is of course more than just a storm. It's a system, a giant cacophony of torrential rain that blankets the nation. It's both the magnitude of its effect and the vagaries of its behavior, as the film ably demonstrates.

Gunnarson's dry narration is a contrast to the epic events on screen. Yet its moments of great humanity, either in the form of destruction or the simple act of laying bets on rain, shows the remarkable variety of ways this one event helps define a country.

In such a disparate place, with wildly different topographies and demographics, the rains provide a kind of grand connection to the entirety of the Indian mosaic. All is affected, whether a drop falls or not, so it's no surprise that this event takes on the importance that it does.

As a window into this event, and a kind of love letter to the nation of India, Gunnarsson's Monsoon is a strong, compelling piece with sumptuous photography buttressed by interesting storylines. Like the storm itself, it's best perhaps to sit back and let it wash over you, taking in the elements as they come in, embracing the subtleties and brash moments as they flow forth. Monsoon is both an event and a journey, and Gunnarsson seems to be an able and welcome guide.