Toronto 2014 Review: Winterbottom's THE FACE OF AN ANGEL Is A Meta-Narrative Thriller That Works 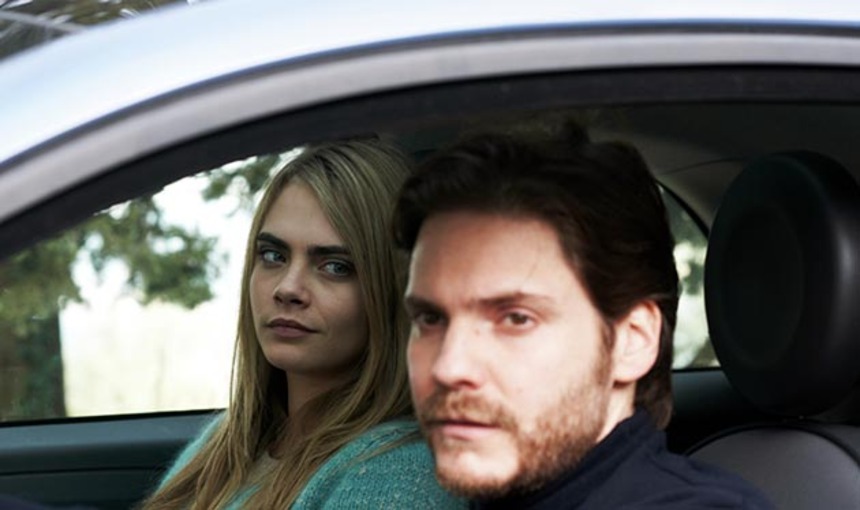 It's a dangerous thing to make a movie about making a movie. It's even more dangerous when the movie is about the writing process for the very movie the audience is watching. Not only is the meta-narrative difficult to pull off, but the stellar success of the film Adaptation makes for an obvious tough comparison.

Apparently Michael Winterbottom doesn't give a damn. His latest film is exactly the kind of meta-narrative that few have pulled off as well as Kaufman/Jonze. But The Face of An Angel is not a copy of Adaptation. What it is, is an edgy true-crime thriller that keeps the audience guessing throughout. It's also quite good.

Though officially a work of fiction, Winterbottom's film is based on the very well-publicized murder trial of American Amanda Knox who was convicted of killing her roommate Meredith Kercher in Perugia, Italy in 2007. Daniel Bruhl plays Thomas, a filmmaker hired to adapt a book about the case written by attractive journalist Simone (Kate Beckinsale). This is to be Thomas's comeback film and the arc of Winterbottom's film deals mostly with Thomas trying to overcome his personal demons in order to come up with the arc of his own film.

In Winterbottom's arc, Thomas travels with Simone to Siena (where the fictionalized murder was transported to) where he meets the cadre of reporters who have been covering the trial. His interactions with these experts and their wildly differing opinions about the truth lead Thomas to believe his budding narrative needs to be more abstract than the true crime reenactment thriller the producers desire. To do this he studies Dante's Divine Comedy with the intent of using that story as his basis.

Meanwhile, Thomas becomes friendly with a local bartender Melanie (Cara Delavingne) who introduces him to the real Siena via late night drug-fueled parties. Thomas is plagued by nightmares and starts to spiral downwards as the drugs, romantic tension with Simone, and troubles with the screenplay all intensify.

Unless you are a student of Dante, it is hard to say just how close Winterbottom keeps his plot to the epic poem. There are certainly allusions to theology and The Devil and the loose structure of Inferno, Purgatory, and Paradise are easy to pick out. Siena's beautiful medieval setting does much to infuse the film with the sense of reaching back to another time as well. Those who enjoyed Winterbottom's last film The Trip to Italy will find a few familiar beautiful vistas, though two more dissimilar films may have never been made by the same director in a year's span.

The performances are great, across the board (though there seemed to be something a bit off with the makeup), and the score also quite impressive. But what you are left with is something more complex than the sum of its parts. When it comes down to it, Winterbottom has pulled off a feat that is no small task. This is a meta-narrative that transcends both the film and the film within the film to tell a story with real lasting emotional impact.

The Face of an Angel