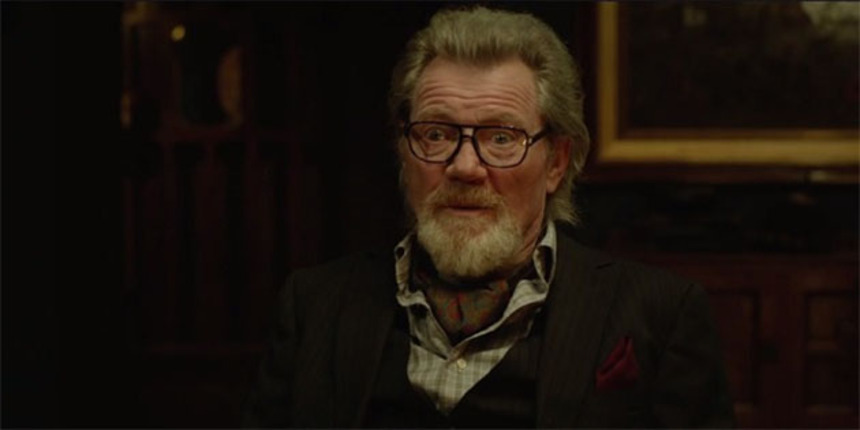 Kevin Smith is many things to many people - stoner disciple, prurient podcaster, agitprop commentator, guerilla filmmaker. Yet at its heart the phenomena surrounding this larger-than-life cult figure boils down to one cause - Smith, above all, is a story teller.

Go back to Clerks and you'll see the nascence of his Kibbitz-fueled cinema. The camera is plopped on a couple of characters that talk of (in Smith's words) "pussy and Star Wars", the entertainment derived from the freedom found when a bunch of people just shoot the shit about a given topic. It's heightened, certainly, a kind of idea discourse that paradoxically feels both documentary-like and stagey, a banter you wish you had with your friends. It's both idealized and raw, and for a while it was magical.

I've grown apart from Smith's latest works. Since seeing Chasing Amy in theatres, I've been chasing a bit of that spirit that I found so intoxicating, that raw form of storytelling that mixed the pop with the profound, a street poetry of filth and furtiveness that almost despite itself coalesced into some terrific films.

For many of Smith's films, now, I've been disappointed.

Things went astray, with some forays into directions I simply wasn't willing to go along with for the ride. So when I heard he'd be making another flick after the controversial Red State, combining his usual banter with the kind of creature horror that Human Centipede has helped popularize, I was, in a word, trepidatious.

At its best, Tusk is a return to form for Smith, taking the more macabre elements from his previous work and incorporating them into a film that's far more complex than might be expected. It may be easy to dismiss its fragmentary nature as being confusing or senseless, but the giant swings in tone, from the horrific to the humorous, right through to the almost maudlin and tragic, actually serve the story extremely well.

The film is a kind of thought experiment, a "what if we did this?" kind of project. Born out of an off-the-cuff comment during one of his "Smodcasts", the story definitely leans towards the "what the fuck?" end of the spectrum.

In terms of plot, Smith is using many conventional horror tropes (the creepy cabin, the recluse with a dark secret), and for Midnight crowds the patience to wait for when the blubber hits the fan may be too much to bear. That would be a shame, for if you settle into the pace of the film, it actually works quite well. This is a story about stories, about sometimes preposterous tales being woven. It's like the Quint speech from Jaws spread out to feature length, with some dark and dastardly things creeping up along the way.

The cast includes Halley Joel Osment and Justin Long, and they do their bit as well as can be hoped, without every feeling that they're pumping the shtick too hard. Yet it's Michael Parks, that chameleon-like character actor, who is the heart of the movie. Forget the horrible beast that the title connotes, the biggest special effect in this film is Parks'. If Smith's goal is to tell us a story about stories, then Park's Howard Howe is the fulfillment of that goal. Parks' charisma is incredible, his piercing delivery and handling of his craft the most enjoyable part of the film. Far more creepy than any gory moment, this is another showcase for this guy, and it's a good one.

There's a superstar actor who makes a cameo, one it shouldn't be too difficult to track down for those that want to ruin the suprise. Playing under the nom du guerre Guy LaPointe and a comical amount of makeup (including a highly phallic nose appliance), I actually had a pleasant time trying to convince myself there was no way it was who I at first thought it was. It's a fun little role, hardly distracting from the main core, and adds yet another dimension to the facets of the storyline.

I was feeling a bit ambivalent about the film until one moment near the end, when Fleetwood Mac's song plays over a decidedly insane battle sequence. It's here that the abandon of the film fully reveals itself, where Smith and co. say to the audience, "yeah, we went there". It may be too little too late for some, but for me it completely exonerated all the clumsy shifts in tone and jokes that fell flat. We had what we came to see at last, and upon receipt it actually makes the journey somehow a bit better when those clambering drums from Mick Fleetwood erupt from the speakers.

This is a completely stupid idea for a film that's taken about as far as this stupid idea can be taken, and because of that it borders on the glorious. It is also about how when telling the best stories we don't always know where they're going to lead, how there are jumps in logic and emotion that are more conversational than narratological.

Tusk sinks its teeth into story telling in a way that's both entertaining and delightfully disturbing. It's perhaps not gory enough to placate the torture-porn crowd, and far too brutal to appease those looking for a European style drama. It's a mad collision of ideas and tone, all anchored by a ridiculous idea that's treated with a mix of reverence and revelry. For those part of the cult of Kevin they'll accept whatever he does, for those inured by his most recent output may dismiss it without giving it a shot.

Slightly too slow for Midnight thrills, completely too weird for mainstream audiences, this will be a hard sell to those not already part of the faithful. Yet despite all these caveats, there are some terrific elements to this film, and a real sense that this project is more than simply another notch on Smith's utility belt. The passion for filmmaking, the freedom to just go for it, is present in almost every moment. Tusk, on its own terms, playing by its own rules, borders on the tusktacular. And that, I'd suggest, for a film as overtly silly as this one, is a good thing indeed.

Do you feel this content is inappropriate or infringes upon your rights? Click here to report it, or see our DMCA policy.
kevin smithTIFF 2014Toronto 2014tusk