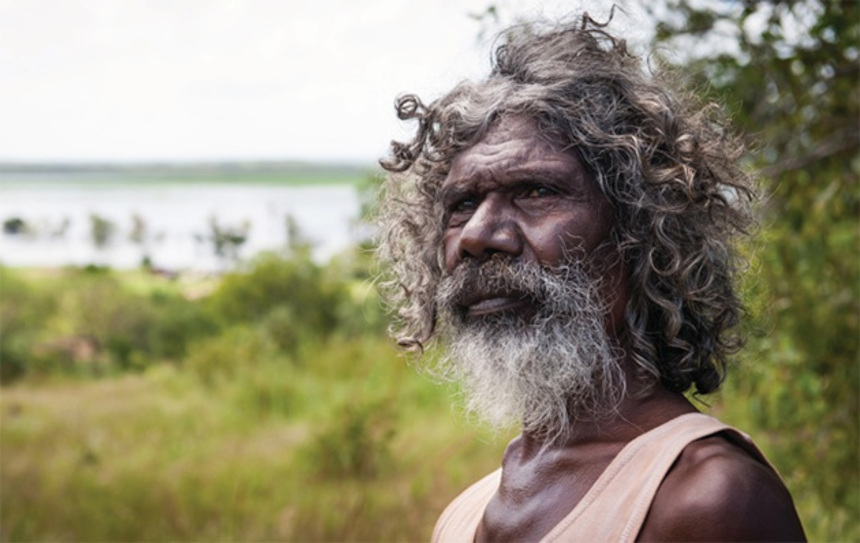 When I saw Rolf de Heer's Bad Boy Bubby in an arthouse theatre back in the mid-90s, I was totally unprepared for such raw and nihilistic filmmaking. A violent and dark film, it was clear from that one film that de Heer was a massive, fearless talent.

The director, born in The Netherlands but an emigrant to Australia at a young age, has delved deeper into Australian and Aboriginal lore over the years, working with famed actor David Gulpilil on a number of projects, including 2002's The Tracker and 2006's Ten Canoes.

The latter film provided one of my most interesting film festival experiences - a tale told in the indigenous language, due to a logistical hiccup the version we saw had no subtitles. With a smattering of patois, the story was still immensely engaging, and while no doubt many of the subtleties were lost, the immersion into this storyteller's world was quite remarkable, making this viewer take visual cues and physical hints as to the meaning of what was transpiring on screen.

If there's a better example that de Heer is an accomplished visual filmmaker, I'm not sure what is, as with the dialogue removed, that film remained a completely engrossing experience.

Gulpilil and de Heer have collaborated directly on a new, contemporary Aboriginal tale, following Charlie as he makes his way through life on his reservation, finding solace and loneliness in the Bush, and following a dark path in the big city. A great mix of the comic and the somber, the film rests almost entirely on the remarkable performance by Gulpilil. With astonishing craft, his take on Charlie deservedly saw him win one of the major acting awards at this year's Cannes festival, and speaks to the decades of fine performances he has provided.

Yet Charlie's Country isn't just some academic acting showcase for awards bait - de Heer's focus is on the various shades of grey that the lead character confronts, and the decisions made are hardly laudable, if always understandable within the context of the narrative. In many ways Charlie's story bursts many myths perpetuated on screen about Aboriginal society, from the "noble savage" ethos through to the very real socio-economic issues and behaviours that often result in self-inflicted harm.

The film, to its credit, avoids coming across as pedantic or preachy, nor does it shy away from the very real hostilities and historical injustices that are endemic to Australian history. Yes, at times the white cops are overly daft to the point of farce, and there's certainly a keen point of view behind the melancholic tale, yet the film doesn't devolve into preachiness or sentimentality.

The ensemble cast is terrific, and the wild vistas and scabby liquor stores are captured with a documentary-like eye. Charlie's Country comes across as far more than some tourist destination, we are invited into his land to experience the highs and lows of the life he has made there. This is a remarkable film, with remarkable performances and assured direction, and is definitely worth visiting if you can.

Do you feel this content is inappropriate or infringes upon your rights? Click here to report it, or see our DMCA policy.
David GulpililRolf de HeerTIFF 2014Peter DjigirrLuke FordWayne AnthoneyDrama