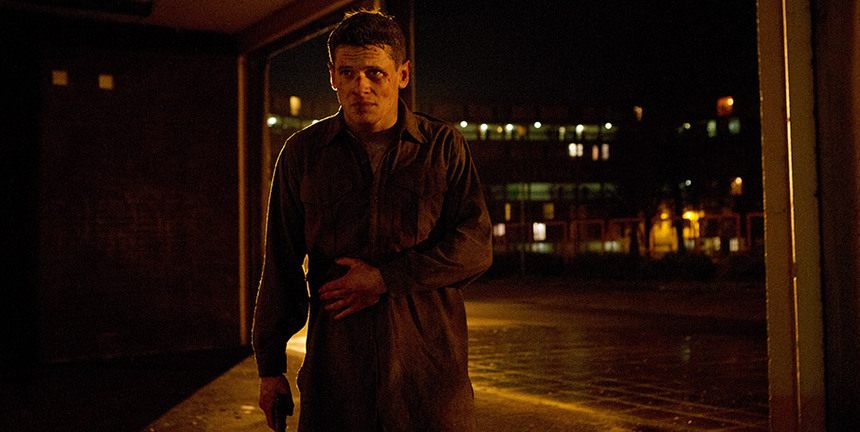 Yann Demange is very clearly a filmmaker who knows what sort of stories he wants to tell and how he wants to tell them. The sort who clearly knows his own skill set, how to best put it to use, and how to draw excellence out of those around him. He is, in short, the real deal. Already well known to audiences in the UK for his highly acclaimed - and rightfully so - Channel 4 drama Top Boy he takes his bow to audiences worldwide with debut feature '71and between the two projects Demange has already forged a clearly recognizable identity.

Demange is a world builder, not in the fantastical sense but in the sense that he crafts exquisitely nuanced, complex, and morally gray worlds that feel exceedingly natural and authentic. Though phenomenally gifted on the technical side of things he is also something of an anti-showman, his most complex and difficult feats employed without fanfare to bolster these natural worlds rather than overwhelm them. In Top Boy that world was the gritty urban culture of gangs and drugs and children left to cope on their own. In '71 it is the peak of The Troubles in Belfast.

Jack O'Connell stars as Gary, a young English orphan barely out of his teens - if, indeed, he even is out of his teens - freshly enrolled in the British Army. It's a secure living for a blue collar kid, he supposes, but one which becomes considerably less secure when his squad is shipped to Belfast under the command of a woefully green commanding officer immediately out of basic training. Utterly inexperienced and unprepared they have simply no idea what they're walking into so when they walk into it things, of course, go very, very badly and Gary is left stranded in IRA controlled territory desperately trying to find his way back to safe ground undetected for, if detected, he won't make it back at all.

It's interesting, at this point, to try and pin exactly what sort of film '71 actually is. It is not, for example, an action film though it does contain several high energy sequences which Demange executes with style and tension to spare. Which would lead you next to think perhaps it is a character piece but, surprisingly, it arguably is not that either despite the complexity of the world, richness of the characters and uniformly stellar acting on all fronts. But Gary himself is not really 'studied' despite being the main character, and is actually given absolutely minimal dialogue - I would hazard to say the least amount of dialogue of all the significant players - from start to finish.

I would hazard that '71 is not a character study, but a world study. It is a film about The Troubles themselves, and not the politics of them but the experience of living them. On the political side '71 feels entirely agnostic. "It's a confused situation," one character deadpans at the midpoint - a phrase repeated to much darker effect later - and that appears to be about the sum of it with the politics boiling down to everyone wanting to kill everyone else with both sides splintered into multiple factions and absolutely everyone else caught in the crossfire of this storm that they cannot possibly hope to control. O'Connell's Gary is our gateway to this experience ... a sort of blank slate, a cypher, for the audience to project itself on to and to experience the world themselves as he experiences it.

This is a ballsy move by Demange, one which demands great things both of himself and of O'Connell in the lead and both pull it off remarkably well. Between '71 and Starred Up O'Connell is clearly a star on the rise while Demange demonstrates himself a director who already has remarkably breadth and clarity of vision positioned for any variety of potential next steps, each of which is exciting. This feels like just the first step of many, many good things to come.