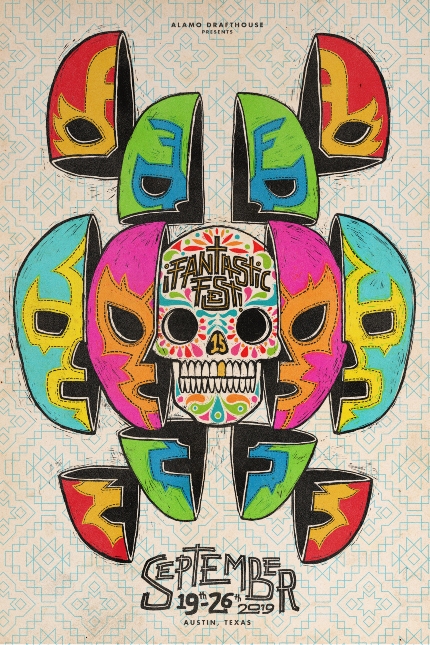 Honesty and advancing age (*cough cough*), however, prompt me to the realization that I, personally, will not be able to watch every film announced in the second wave, much less the first wave. Still, one can try, and the lineup so far certainly provides a wonderful overview of all the genre goodness that is heading to theaters, VOD platforms, and streaming services over the next year. Rian Johnson's Knives Out will close out the festival, with Johnson in attendance once again, as I believe he was for The Brothers Bloom.

Personally, I am most excited to see Mattie Do's The Long Walk (science fiction from Laos!), Richard Stanley's Color Out of Space (science fiction from Lovecraft!), Justin Benson and Aaron Moorhead's Synchronic (science fiction from Canada!), Lorcan Finnegan's Vivarium (science fiction from the U.S.!), and a celebration of Mexican genre film, featuring three rarely-seen titles and a shorts collection (not yet detailed), as well as a lecture to be given by Mórbido Film Fest's head of programming Abraham Castillo Flores (he's a good dude, as I recall from my sole visit to the wonders of Morbido a few years ago).

As if that's not enough, this year's festival will also spotlight a sidebar dedicated to LGBTQ+ representation in genre cinema, featuring four films, including the doc Scream, Queen! My Nightmare on Elm Street, which will enjoy its U.S. premiere. Bong Joon-Ho's Parasite will also screen, with the director in attendance, which is pretty exciting, as I enjoyed The Host when it screened at the fest in 2006.

That, of course, is not enough, and more programming will be announced in due course. For now, please enjoy perusing the official festival verbiage below.

THE ANTENNA
Turkey, 2019
US Premiere, 115 min
Director - Orçun Behram
Somewhere within an unnamed city in Turkey, the residents of an apartment block await the installation of their new antenna as ordered by the central government. No one can prepare them for the evil that will be unleashed.

THE BLACK PIT OF DR. M
Mexico, 1959
Repertory Screening, 82 min
Director - Fernando Méndez
Two doctors make a pact on behalf of science: Whichever one dies first will return to share the secrets of the afterlife. This pact will not end well.

BLISS
USA, 2019
Texas Premiere, 80 min
Director - Joe Begos
While trying to complete her latest painting, a starving artist facing a lack of inspiration spirals out of control in a blaze of blood-soaked, drug-fueled glory.

CLIMATE OF THE HUNTER
USA, 2019
World Premiere, 90 min
Director - Mickey Reece
The "Soderbergh of the Sticks," Mickey Reece, returns to Fantastic Fest with his 27th feature. Two beautiful sisters vie for the affections of a man who may or may not be a vampire.

IRON FISTS AND KUNG FU KICKS
Australia, 2019
North American Premiere, 107 min
Director - Serge Ou
From the Shaw Brothers to THE MATRIX, this wild documentary tells the story of how kung fu films conquered the world from the 1960s to now.

THE LONG WALK
Laos, Spain, Singapore, 2019
US Premiere, 115 min
Director - Mattie Do
In attendance - Director Mattie Do
An old Laotian hermit discovers that the ghost of a road accident victim can transport him back in time fifty years to the moment of his mother's painful death..

LYLE
2014, USA
Repertory Screening, 65 min
Director - Stewart Thorndike
In attendance - Director Stewart Thorndike
After the loss of her child, a young woman begins to suspect that her neighbors might be part of a satanic cult and that she might be their next target.

A NIGHTMARE ON ELM STREET 2: FREDDY'S REVENGE
USA, 1985
Repertory Screening, 87 min
Director - Jack Sholder
In attendance - Actors Mark Patton and Kim Myers
Jesse (Mark Patton) is the new kid on Elm Street and Freddy Krueger might not be the only monster in the closet in this much discussed but under-appreciated queer horror classic.

NOBADI
Austria, 2019
US Premiere, 90 min
Director - Karl Markovics
In a retirement allotment in Vienna, a crabby 91-year-old finds both himself and his humanity when he hires an Afghani refugee to help him in Karl Markovics' remarkable and poignant third feature.

PATRICK
Belgium, 2019
North American Premiere, 97 min
Director - Tim Mielants
Patrick is not having an easy time. First his domineering father passed away and now his favorite hammer is missing. Before the day is out, Patrick's search will lead him to discover answers to the questions he didn't even know existed.

THE PLATFORM
Spain, 2019
US Premiere, 90 min
Director - Galder Gaztelu-Urrutia
In attendance - Director Galder Gaztelu-Urrutia
Somewhere in the future exists THE PLATFORM, a vertically tiered prison where the upper levels have access to exquisite food and the lower levels fight for survival. Level assignments are random, but how long can a prisoner's luck hold? One man is about to find out.

PREY
1977, United Kingdom
Repertory Screening, 78 min
Director - Norman J. Warren
Jessica and Josephine find more than their relationship at stake when they're chosen by a shape-shifting alien as his target for an observational study.

SCREAM, QUEEN! MY NIGHTMARE ON ELM STREET
USA, 2019
US Premiere, 100 min
Directors - Roman Chimienti & Tyler Jensen
In attendance - Directors Roman Chimienti and Tyler Jensen
More than thirty years after its release and his departure from Hollywood, Mark Patton (star of A NIGHTMARE ON ELM STREET 2: FREDDY'S REVENGE), sets the record straight on the famously queer horror sequel in this fabulous, surprising, and eye-opening documentary.

THE SHIP OF MONSTERS
Mexico, 1960
Repertory Screening, 81 min
Director - Rogelio A. González
Two Venusian women and their robot servant are on a mission to find suitable candidates to repopulate their planet. Soon their ship is filled with bizarre specimens from across the universe, leading to an adventure like no other!

THE TRUE ADVENTURES OF WOLFBOY
USA, 2019
North American Premiere, 88 min
Director - Martin Krejčí
Suffering from hypertrichosis -- which covers him with animal-like fur -- Paul knows he's not like other kids. But a seemingly random package from his estranged mother will send him on a journey of self-discovery alongside extraordinary characters.

THE VAST OF NIGHT
USA, 2019
Texas Premiere, 90 min
Director - Andrew Patterson
A rural 1950s radio DJ and a telephone operator uncover a strange signal that could change everything in this stunning science fiction debut feature.

VFW
USA, 2019
World Premiere, 92 min
Director - Joe Begos
In attendance - Director Joe Begos
In the near future, a new drug called Hype has turned America into a war zone. The addicted are more mutant than human, and they've set their sights on assaulting a VFW post in Joe Begos' star-studded latest.

VIVARIUM
Ireland, Belgium, Denmark, 2019
US Premiere, 98 min
Director - Lorcan Finnegan
When young couple Gemma (Imogen Poots) and Tom (Jesse Eisenberg) drive out to a maze of temptingly affordable houses in the suburbs, they find themselves unable to leave.

Fantastic Fest will be held from September 19-26 in Austin, Texas. Visit the official site for more information. Click the images below to embiggen to their full splendor. 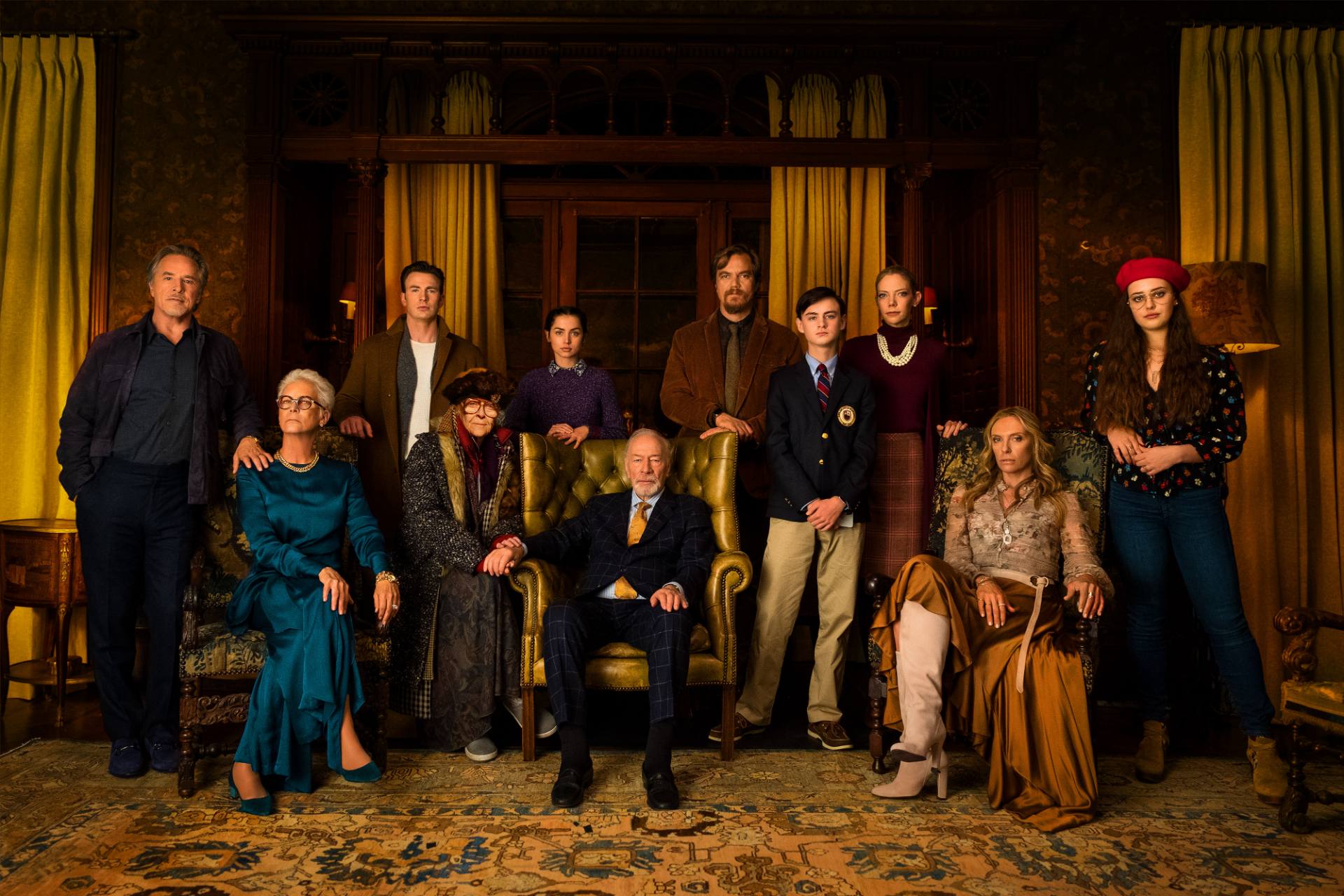 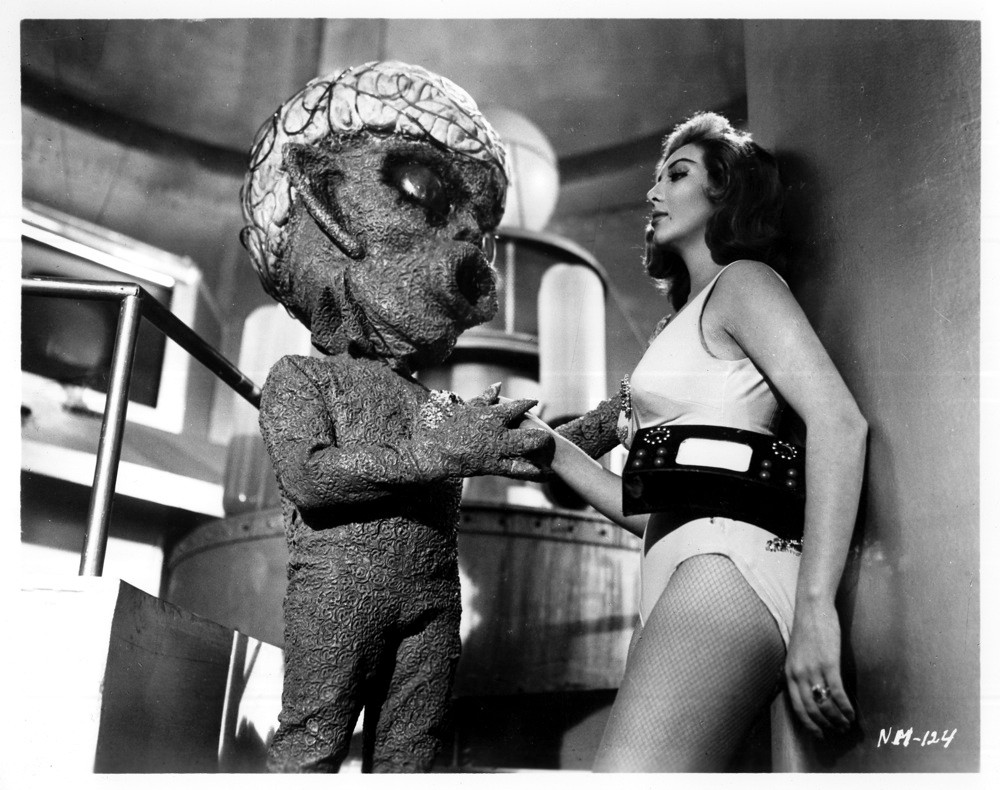 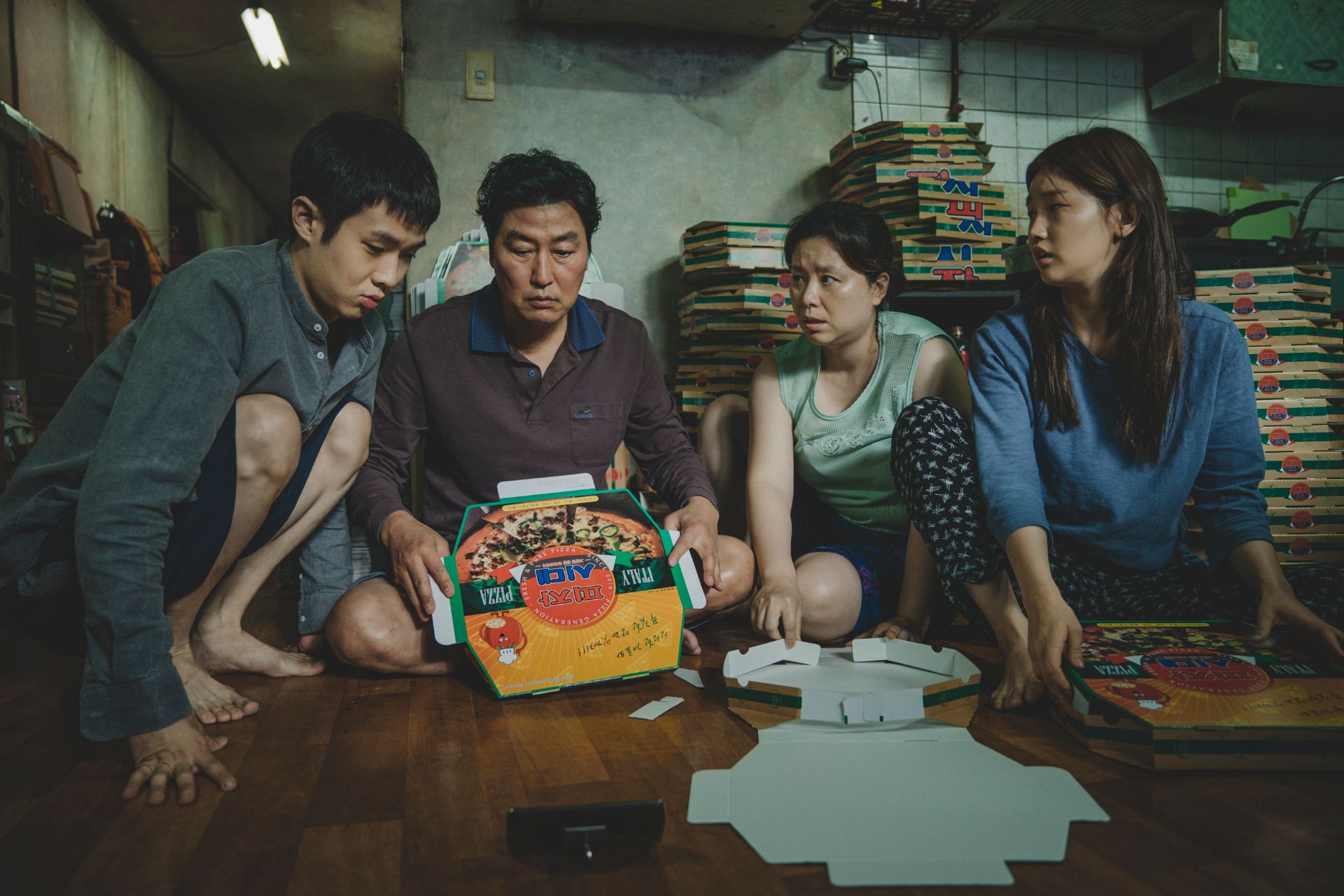