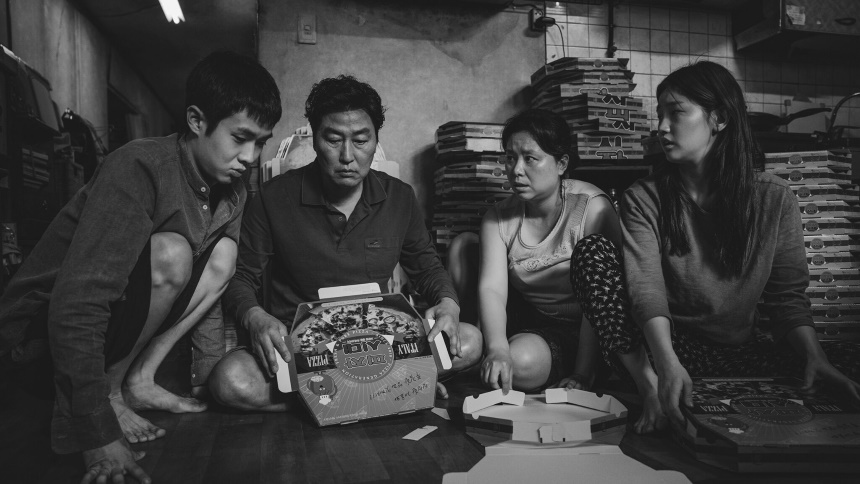 An old friend of the festival ever since they screened his debut feature Barking Dogs Never Bite, Bong has often stated his love for Rotterdam. For the 2019 edition he had even agreed to appear on the fest's Tiger award jury, a promise he unfortunately had to break to finish his film Parasite in time for that year's Cannes Film festival. A choice which paid out well, as he won that festival, the first in a loooong string. But Bong promised the Rotterdam festival he would make up for his non-appearance, and this year, he paid back with a vengeance: he granted Rotterdam the world premiere of his special black-and-white version of Parasite. 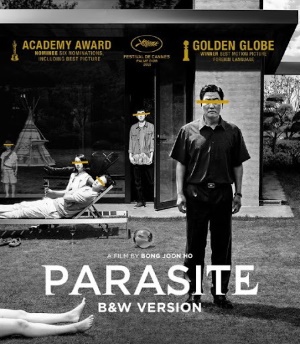 Odd enough for a review, I'm not going to say much about the story here, or indeed the film. By now, you've either seen it or are not at all interested. Just know it topped last year's lists of what we liked best (at the half-year point and the full-year point), each time with an overwhelming majority of votes. And in his review, Pierce Conran explains why we all love it so much.

What I will review here is the use of black and white, and what difference it makes. Parasite black and white is not just Parasite with the colors turned off, or run through an Instagram filter. Bong Joon Ho spent weeks with cinematographer Hong Kyung-pyo carefully regrading each and every shot in the film. In the past he had done this with his film Mother as well, and the results of that experiment had made him curious enough to make the effort with Parasite. The end result is just as stunning as the original is, but surprisingly, taking away all color changes the visual emphasis at some moments, and while the end result is not vastly different, the desaturation still has some impact.

On the plus side, people look more intense, especially Song Kang-ho's eyes seem to shine brighter with an inner fire. In the absence of color, you now automatically focus more on textures, which look grittier. Similarly, stains are often unidentifiable, with your mind thinking up grungier stuff than what was originally there.

On the minus side you lose some of the beauty in the designs, especially since the original Parasite included meticulously concocted color schemes for the different environments.

It's a case of win-some, lose-some. After the sold-out screening in Rotterdam, Bong Joon Ho was on stage for 45 minutes in a sort-of reversed Q&A session, asking people in the audience about their impressions, and which version of the film they liked best. An earlier survey showed that almost everybody had seen the colored version already prior to attending this screening (some had even seen the film four times already), so plenty of people were able to comment. Results varied: some people really preferred the black and white version, some even pleading with Bong to remove the colored version from cinemas. Others preferred the colored version, and many were on the fence, saying black and white worked better for some scenes (like with a certain ghostly appearance) while for other scenes the colors work best (like the garden party). Me, I like the colored one more, but both versions have merit.

Bong Joon Ho quipped that he hoped to give his film a classic sheen by creating a black and white version. Truth be told he needn't have done this: whether in black and white or in color, Parasite will certainly be classic enough.

Audiences in Rotterdam awarded the black and white film a 9.5 out of 10, making Bong Joon Ho win yet another festival.