Andrew Mack
Editor, News; Toronto, Canada (@Mack_SAnarchy)
Tweet Post Submit
Where there is a will there is a way. The resurgance of the drive-in cinema has been a blessing for the industry still struggling under the current pandemic and film festivals are no exception. Normally a combination of ticketed and free screenings Beyond Fest in the past has boasted a massive program appealing to all types of genre cinema fans. Though the event this year may be scaled back to a week of double and triple-bill screenings at the Mission Tiki Drive-in Beyond Fest's The Fuck Covid Edtion has many must-see films, including three world premieres.
Christopher Landon's Blumhouse horror flick Freaky, Adam Egypt Mortimer's Archenemy and Jim Cummings' The Wolf of Snow Hollow, which is the final role of the late Robert Forster, will all be making their bow at Beyond Fest this year. Steven Kostanski's Psycho Goreman, rolling through the festival circuit in Europe at the moment, will finally make its North American debut here as well.
Other festival circuit favorites include The Dark and The Wicked. Synchronic, Sain Maud, and Brandon Cronenberg's Possessor will be a pre-festival warmup, paired with John Frankenheimer's Seconds. Bad Hair and Neil Marshall's The Reckoning is also playing.
Of special interest to David Lynch fans is the triple-bill (TRIPLE! BILL!) of Blue Velvet, Lost Highway and Mulholland Drive. And look to see where other rep screenings of The Burbs, Tucker & Dale vs. Evil, and Misery fit into the mix.
Yes. The Fuck Covid Edtion of Beyond Fest be a smaller program than we are used to from recent years but the programming team has made up for it with a terrific selection of titles. All the bouble bill pairings are below in the gallery, with trailers where applicable. Check them out below, and start planning.
Tickets will be on sale via Eventbrite on September 18th at 9 AM PST. Visit BeyondFest.com and the American Cinematheque for details.

BEYOND FEST ANNOUNCES ITS FULL SLATE FOR THE RETURN OF LA’S BIGGEST GENRE FILM FESTIVAL
Beyond Fest announces the first physical genre festival of the year with week-long drive-in residence including world premieres of Christopher Landon’s from Blumhouse FREAKY, Adam Egypt Mortimer’s ARCHENEMY, and Jim Cummings’ THE WOLF OF SNOW HOLLOW.
Beyond Fest, the highest-attended genre film festival in the US, is excited to announce its complete slate of 2020 programming comprising of seven nights of double-bill features including three world premieres, one North American Premiere, and two US premieres of unadulterated cinematic excess. Following a sold-out Summer residence with the American Cinematheque at the Mission Tiki Drive-In, Beyond Fest returns to the socially-distanced safety of the drive-in Friday, October 2nd - Thursday, October 8th to generate funds for the 501c3 non-profit film institution.
With a diverse slate celebrating all corners of genre cinema, Beyond Fest is proud to open with a double-barreled-double-bill curated by director Jim Cummings including the World Premiere of his electric werewolf tale, THE WOLF OF SNOW HOLLOW, paired with Joe Dante’s classic, THE BURBS. Closing night honors are bestowed upon Blumhouse and Beyond Fest alumni Christopher Landon for the World Premiere of their gloriously outrageous body-swap-slasher FREAKY, billed with a special rep screening of TUCKER & DALE VS. EVIL selected by the director himself.
Festival alumni are celebrated as agitator-extraordinaire Adam Egypt Mortimer returns to conquer Beyond Fest with the World Premiere of his newest Spectrevision mindmelt, ARCHENEMY, Steven Kostanski blasts his OTT midnight vibes with the North American Premiere of PSYCHO GOREMAN, and Bryan Bertino brings the terror, unleashing THE DARK AND THE WICKED for its US theatrical bow.
“We covet the theatrical experience above all and following the overwhelming success of our drive-in program we never hesitated in keeping Beyond Fest a physical experience” said Beyond Fest Co-Founder, Christian Parkes. “We specifically wanted to give COVID-19 a resilient middle finger and provide a safe, communal respite for filmmakers and film fans to celebrate the best genre cinema on the biggest screens possible.”
Other hotly anticipated titles making their West Coast debuts include Rose Glass’ stunning first feature SAINT MAUD,  alongside her selection of Rob Reiner’s MISERY, Moorhead and Benson’s latest genre-melting, time-bending, head trip SYNCHRONIC, Justin Simien’s satirical Sundance stunner BAD HAIR, and the US Premiere of medieval-gothic-horror, THE RECKONING, from longtime agent provocateur, Neil Marshall.
A timely dissolution of the American Dream is given center stage as the Maestro David Lynch is saluted with a triple bill consisting of three of his finest features: BLUE VELVET, LOST HIGHWAY, and MULHOLLAND DRIVE.
“In a year that has seen the world turn upside-down, it’s good to see some things never change” Head Programmer Evrim Ersoy added. “Beyond Fest stands tall with an eclectic slate of programming that will challenge audiences and transform the drive-in experience into something never before done.”
Finally, Beyond Fest celebrates Brandon Cronenberg with a special pre-festival event featuring the West Coast Premiere of his stunning body-horror, POSSESSOR UNCUT, paired with John Frakenheimer’s sci-fi classic SECONDS as picked by Brandon himself. This special warm-up event is scheduled the week before the festival opens on Thursday September 24th, 2020.
See below for the full lineup of newly announced feature film titles for Beyond Fest 2020. Tickets will be on sale via Eventbrite on September 18th at 9 AM PST. Visit BeyondFest.com and the American Cinematheque for details. 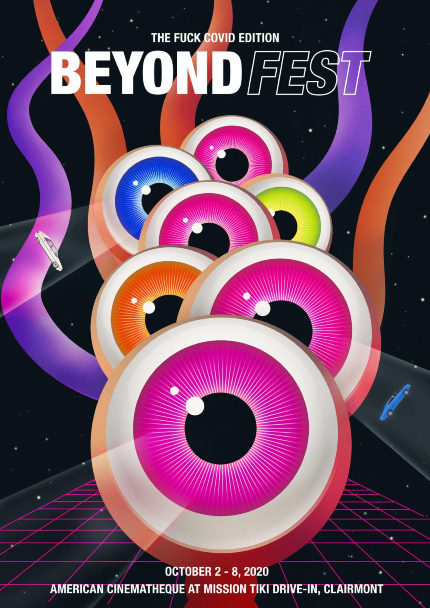 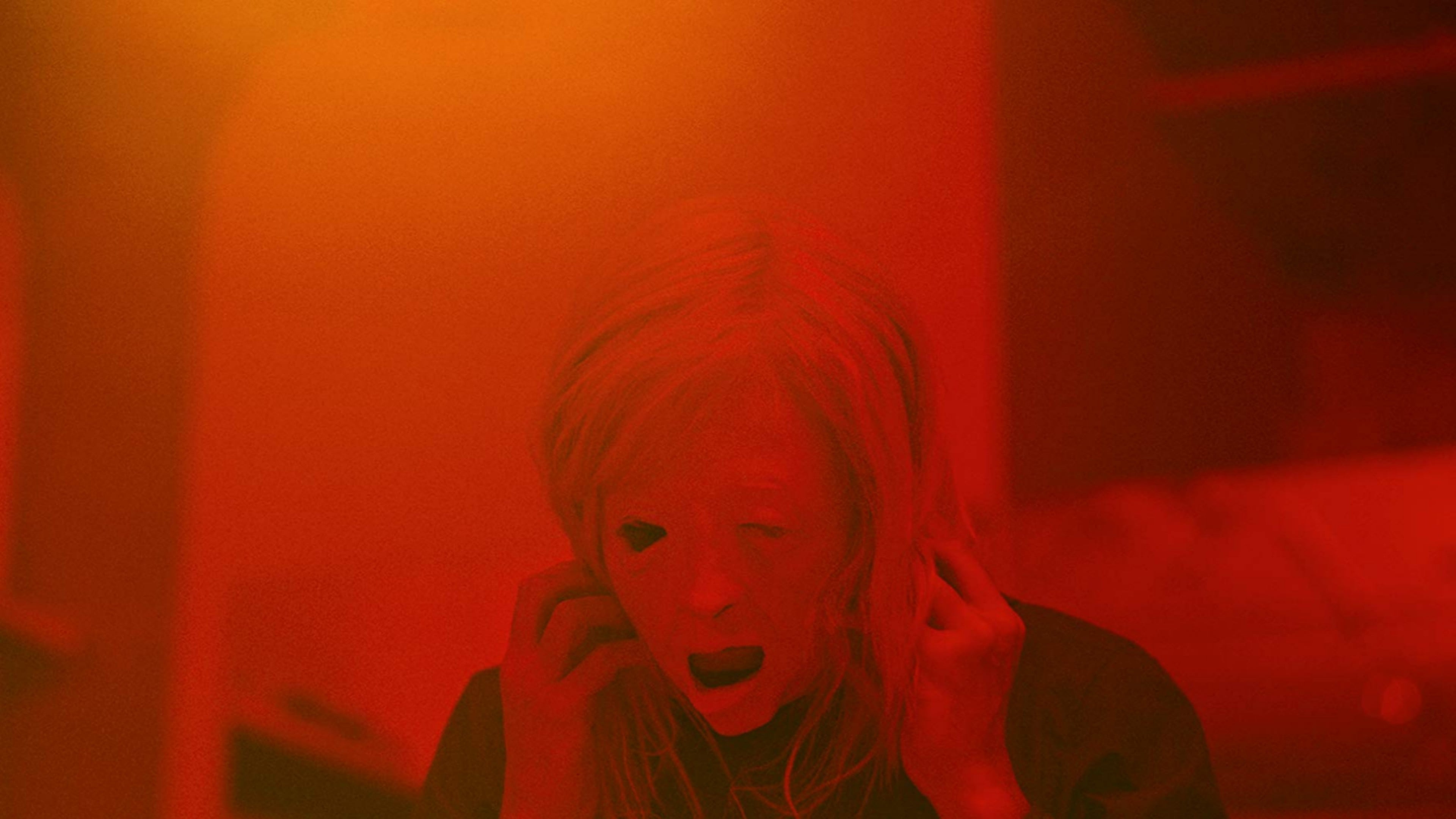 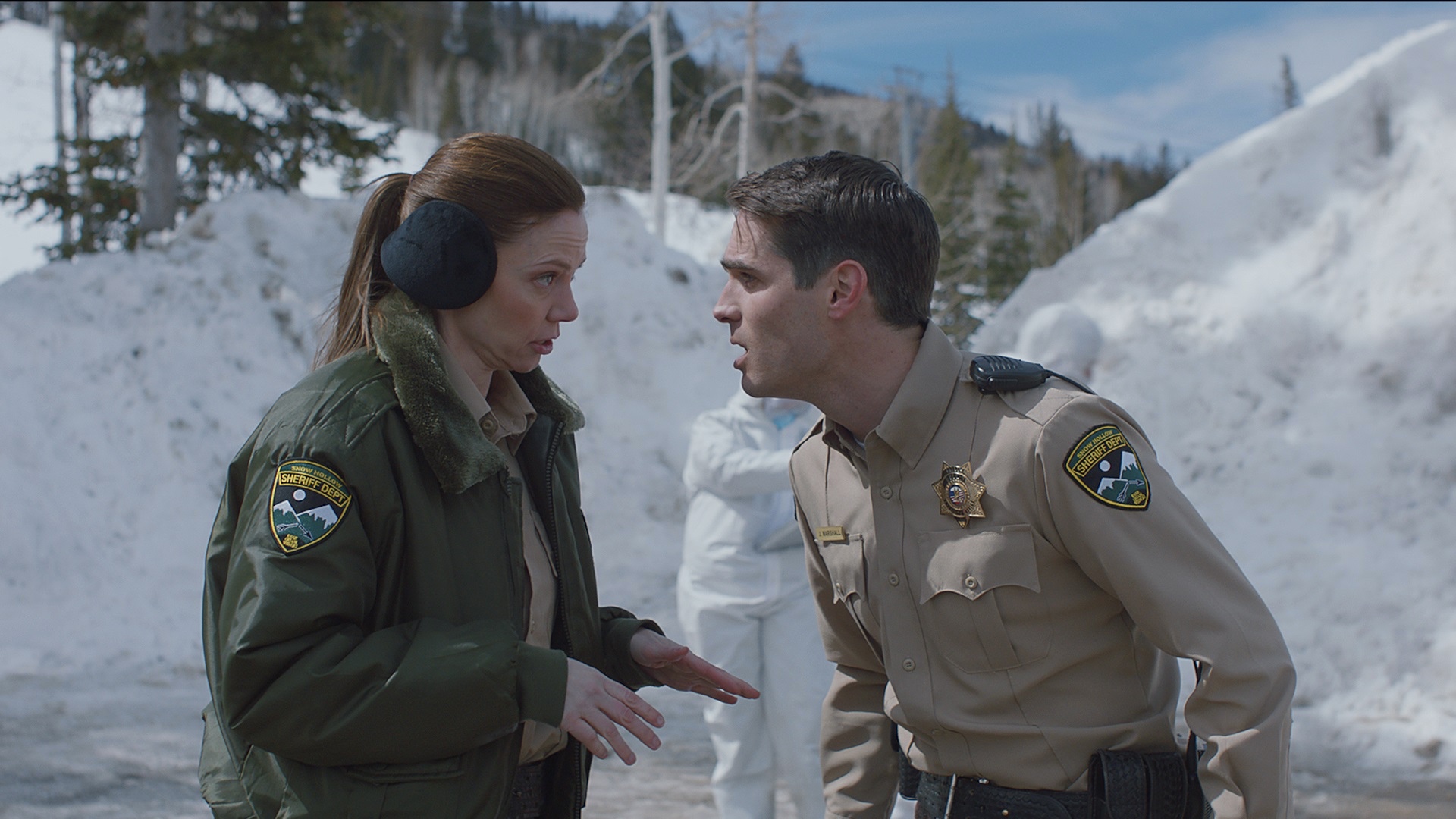 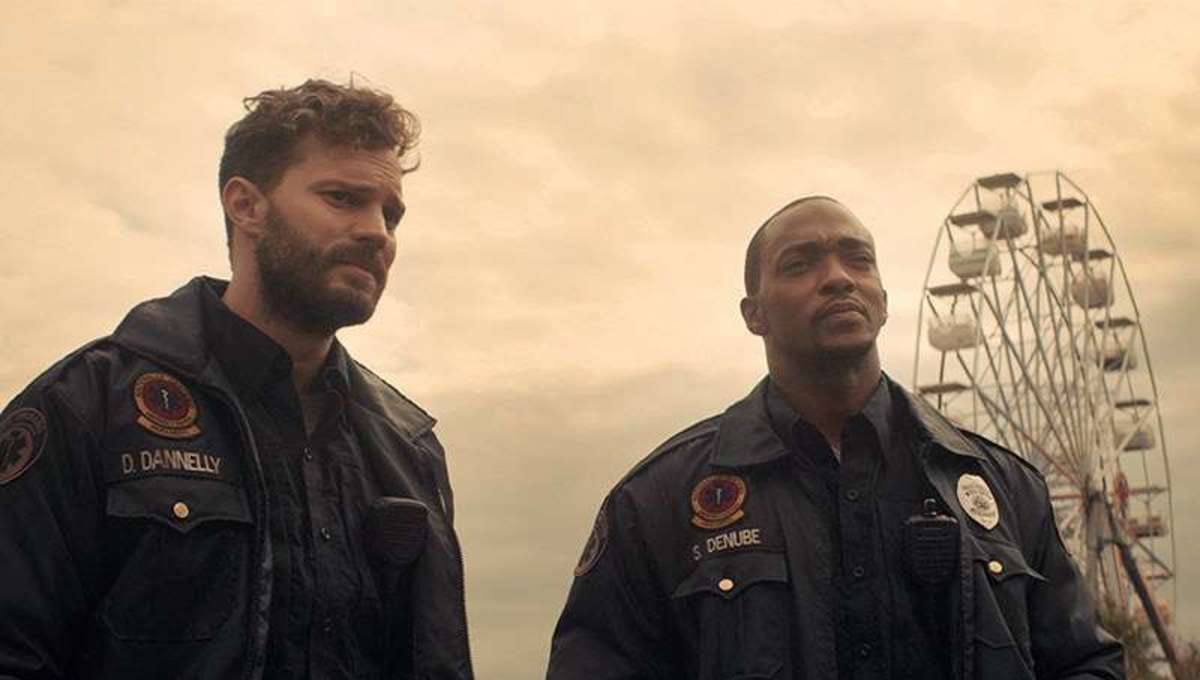 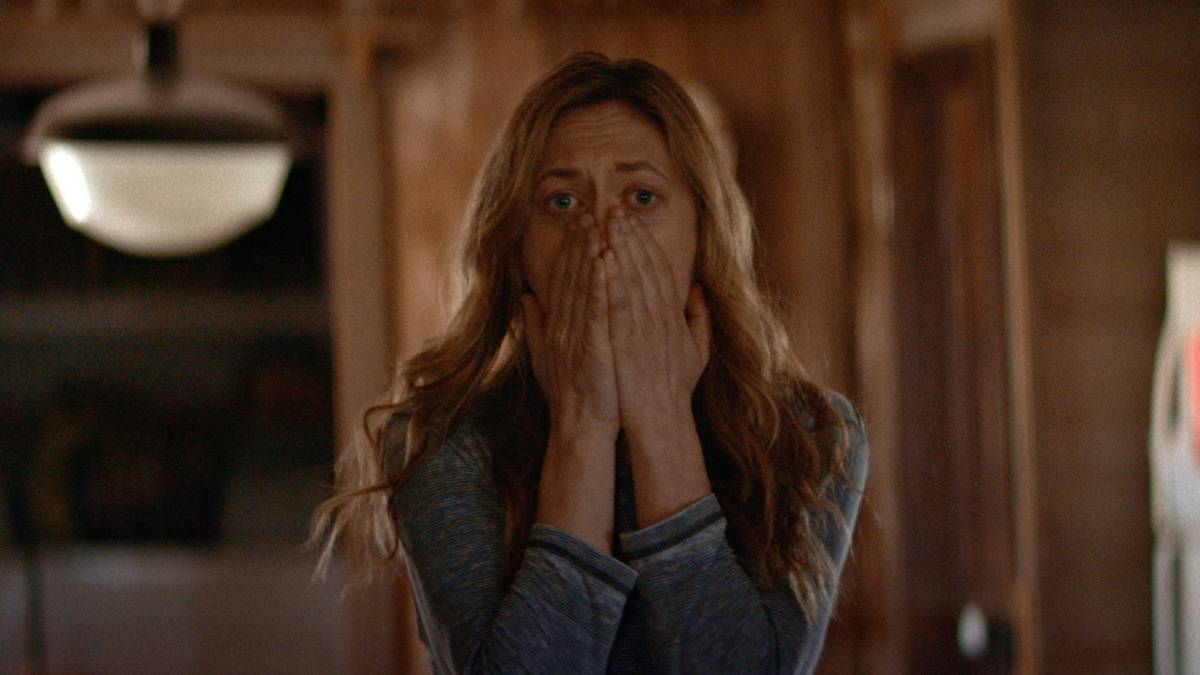 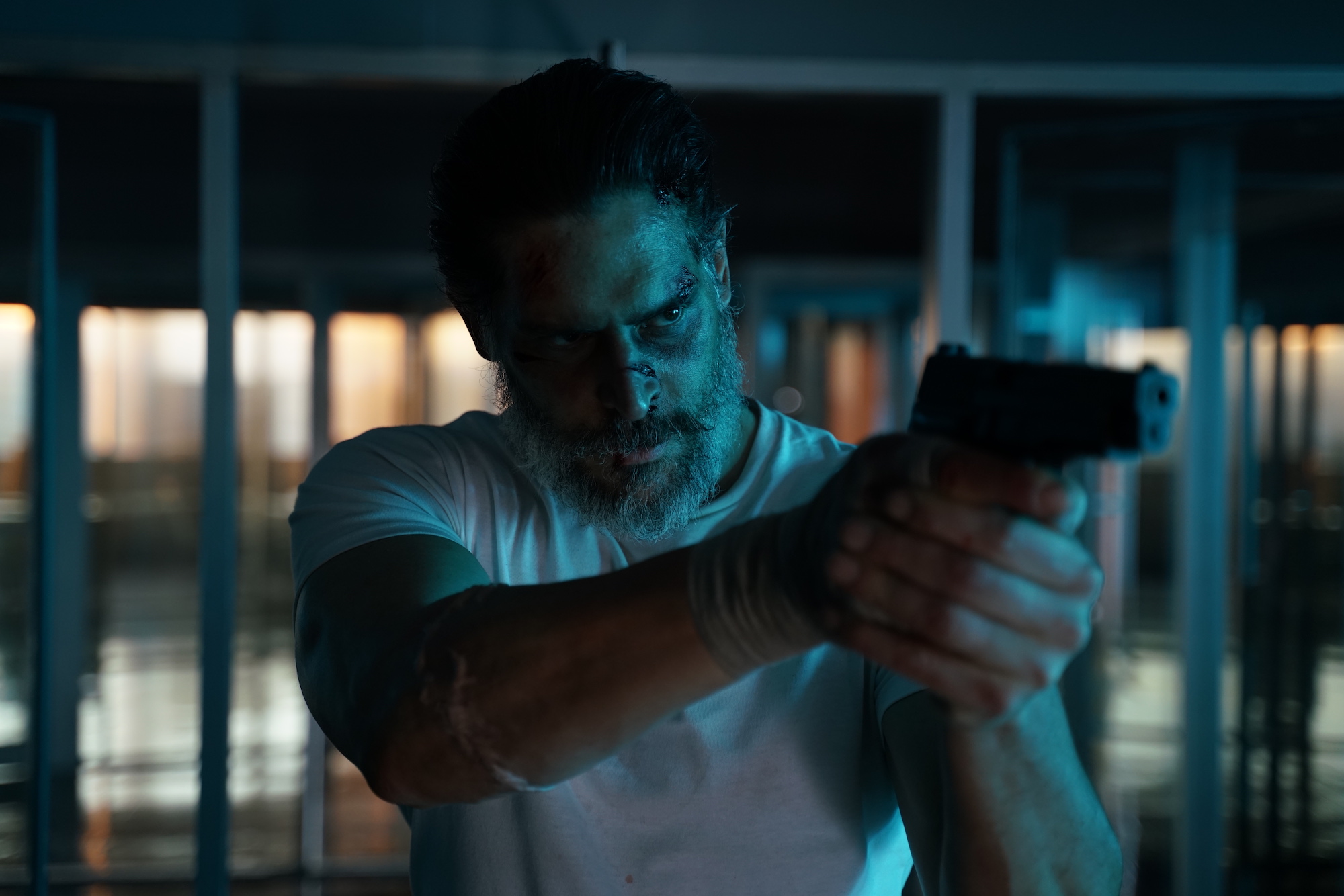 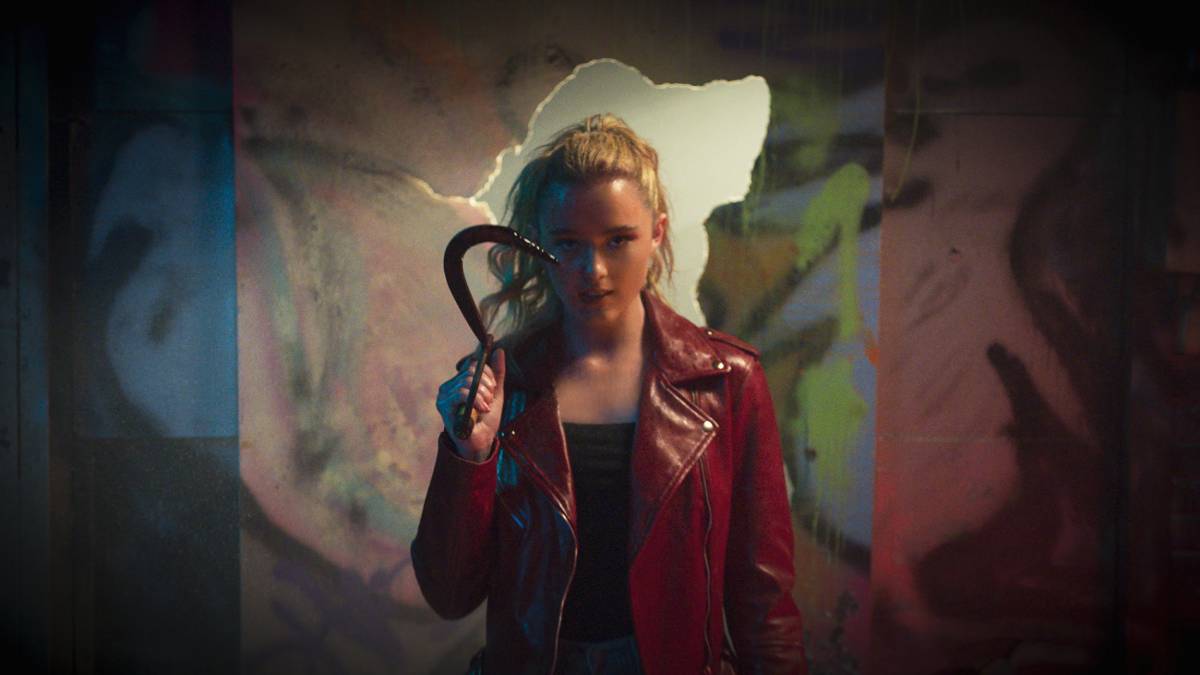 More about The Dark And The Wicked