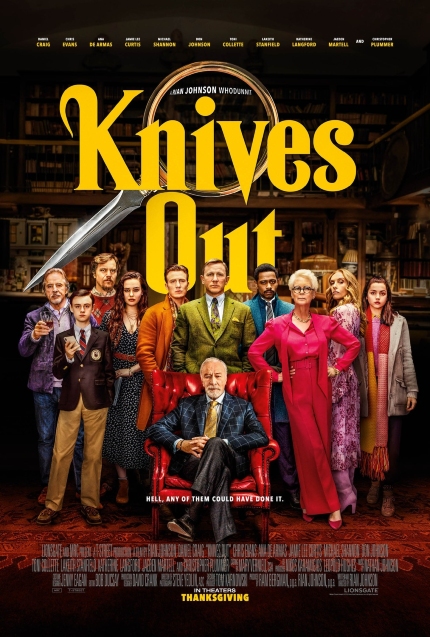 The first 'grown-up' books I read were Agatha Christie mysteries. Growing up in an anglophile family, I was obsessed with quaint English countryside villages where, as I learned from Christie, scandal, adultery, and murder were lurking in the shadows, and I am still determined to fulfil my retirement dream of moving to a small town to become the local Miss Marple. So strong is her stamp on this particular style of mystery (many people gathered in a small location, each with their own motive for murder) that it's hard for any similar book or film not to be called Christie-esque (or trying to be so and failing).

It seems that Rian Johnson (Brick, Looper) also is a big fan, and tips his toes into the English-country-estate murder with great delight and great success with his pseudo-homage in Knives Out, Transporting the story to the United States (and invoking some current political issues) detracts nothing from his deft hand at weaving a sordid tale, while clearly enjoying all the twists and turns that should leave any mystery fan satisfied.

Harlan Thrombey (Christopher Plummer) has built an empire from his success as a mystery novelist, which includes a country estate outside Boston, a publishing empire, and a family that rides his coattaikls even as they convince themselves and others that 'their' hardwork got them ahead. There's his daughter Linda (Jamie Lee Curtis), a real estate mogul, her husband Richard (Don Johnson), and their spoiled son Ransom (Chris Evans); son Walt (Michael Shannon) who runs the publishing company, his right-wing-white-lady wife Donna (Rikki Lindhome), and their Nazi-troll son Jacob (Jaeden Martell); his daughter-in-law Joni (Toni Collette) who lives off Harlan's allowance, and her daughter Meg (Katherine Langford), whose tuition Harlan pays for); and his very elderly and seemingly near-comotose mother Greatnana (K Callan). They had all gathered to celebrate Harlan's 85th birthday, when he was discovered the next day dead, apparently of suicide.

But one week after the funeral, there are still questions, from Lieutenant Elliott (LaKeith Stanfield), Trooper Wagner (Noah Segan), and a mysterious man who turns out to be famous private detective Benoit Blanc (Daniel Craig), a man with a distinct southern drawl and an acute eye and ear for deception. And then there's Marta (Ana de Armas), Harlan's caregiver, and possibly only true friend. She also has both a gift and a curse: whenever she lies, she vomits, making her the perfect person to find out what really happened.

It might seem confusing, but Johnson knows his mysteries, and the introductions and set-up are rolled out in a comprehensive fashion, giving us not only the facts, but the subtle and not-so-subtle family dynamics. These are typical second-and-third generation wealthy White Americans, fully convinced of their unearned status, fully believing that each is honourable and knows everything, and that, of course, they have the right idea about who did it. And this is a family that, barely scratching the surface, is dysfunctional in very understandable and hilarious ways: these characters might be stereotypes to a certain extent, but that doesn't mean they are predictable or unfunny; it has that wonderful combination of dark and uproarious comedy that deepens the mystery.

Into this fray comes no-nonsense detective Wagner (Stanfield doing some excellent dead-pan work), Wagner as the comic side-kick, but of course most importantly Blanc, Johnson's American answer to Hercule Poiroit (Southern instead of Belgian), discrete yet an exacting private eye, with a touch of Colombo friendliness mixed with his calculations and subtle manipulations used to get to the truth. He knows that at least Marta has more information than she lets on, and weasels his way into her world.

It's clear that the entire cast are having a great time, and it might appear at first that Johnson is just employing some big-name stars for some stunt casting. But fear not: each one is fully deserving of their role, even if they only appear in a few scenes, and they embue these roles with gusto. They all know that this is mainly an ensemble piece and understand the give-and-take of making their parts whole and enjoyable while never hogging the spotlight.

But the film really belongs to Craig and de Armas, the former trying to solve this mystery that he was brought into by anonymous means, and the latter trying to balance the desperate need to keep secrets and her family safe, while being the only suspect with a conscience.  Putting these two together is a stroke of genius, for the characters are both unwitting participants in the Thrombey family drama and are just trying to make sure that the unknown client (in this case of Blanc) and his now deceased friend (in the case of Marta) are honoured.

Johnson sneaks more than a few interesting twists into his story, and arguably may throw a bit too much at the very end to tie everything up, but no doubt this is one of the most enjoyable films of the year. It's not only a worthy and loving homage to great detective stories, but also a biting satire on contemporary American politics and the hubris of the nouveau riche who forget that they never actually worked for the money they so eagerly and ignorantly protect.

Review originally published in November 2019. The film is now streaming on Amazon Prime. 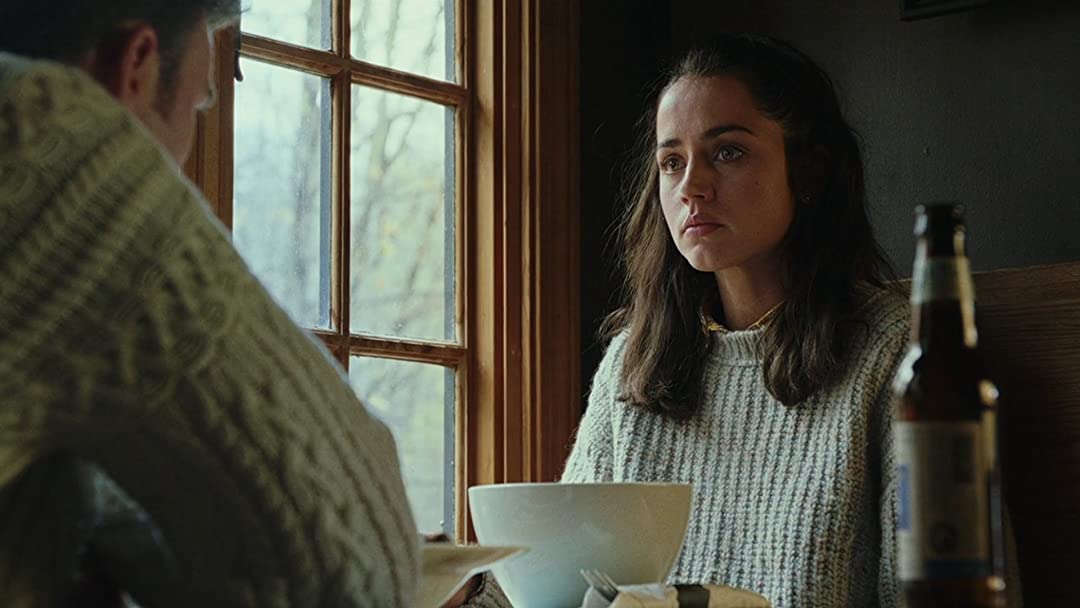 Do you feel this content is inappropriate or infringes upon your rights? Click here to report it, or see our DMCA policy.
Ana de ArmasChris EvansDaniel CraigRian Johnson