Cannes 2012 Review: COSMOPOLIS is an Interesting, Uneven Requiem for the One Percent 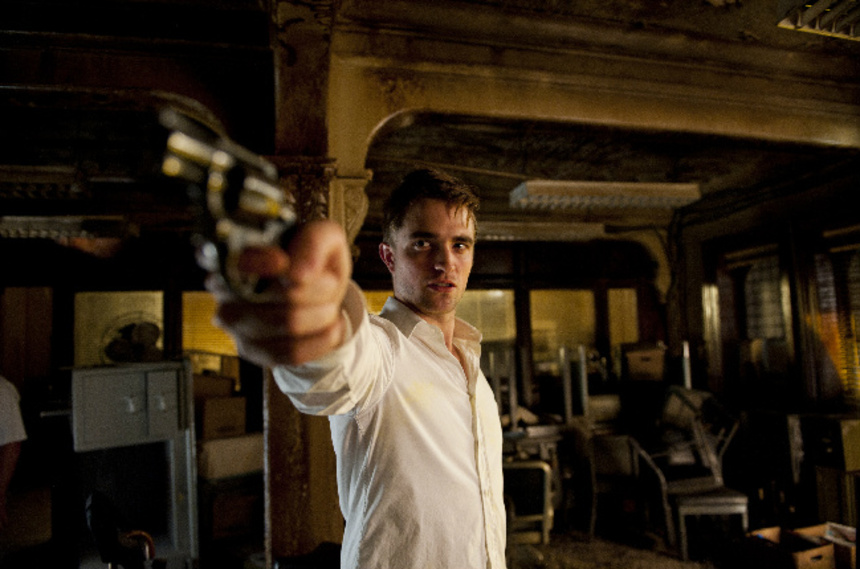 Give David Cronenberg credit for one thing: His choice to cast Robert Pattinson was an inspired and brilliant decision. While Cosmopolis is a bit too one-note to allow any proclamations about Pattinson's range, his opaque, handsome, sometimes robot-like face compliments Cronenberg's themes and styles perfectly. In terms of what the director seems to be aiming for here, his cold performance is nearly flawless.

Set in a vague version of the near future, or perhaps an alternate version of the present, the film follows Pattinson's character, Eric Packer. He's a young billionaire, made rich early-on from some sort of start-up, whose only goal is to get across town in his limo and get a haircut. Unfortunately for him, the president is in town and causing traffic delays, anarchists are demonstrating in the street against people like him and his company has recently received numerous credible threats on his life.

It sounds like a recipe for conflict and disaster, but actually, most of these elements remain muted in the background. Packer, bored to the point of near inhumanity, never seems to worry about them, and so, neither do we. He is slightly more concerned about the investment he made in foreign currency plummeting.

So, rather than a thriller, Cosmopolis plays more like a wispy film of ideas, with conversations in the limo about society, wealth and humanity dominating most of the screen time. Almost all of these feel detached and meticulously unfocused. Characters toss around ideas or questions, which their conversation partner then promptly ignores or responds to with a non-sequitur. It's often reminiscent of work by playwright/screenwriter Harold Pinter, but never quite as fun, nor nearly as humorous as it should be.

Perhaps these exchanges hit harder on the pages of Don DeLillo's novella of the same title. I haven't read the source material, but DeLillo's other novels have a unique knack for weaving pointed commentary, cynical satire and sincere compassion together seamlessly.

Cronenberg doesn't quite get this right until the last act of the film, in which he makes a subtle shift towards humanity and emotion while still maintaining the film's disaffected tone. In fact, the film's conclusion, and in effect, the rest of the movie too, gradually becomes deeper and more hard-hitting upon reflection.

I should briefly note too, that if you have not yet seen the trailer to the movie, don't. It shows close to ninety percent of the most surprising images in the film, and in a movie that's not driven by plot, this is a big problem. I suspect I may have had more patience with the film's meandering had I been able to go into it sight unseen and take it on its own terms rather than the high-octane, balls-to-the-wall expectations that the trailer sets up.

In any case, it's the second film at Cannes to address what seem like the last days of tacky displays of wealth like limousines.  Leos Carax's Holy Motors is much more fun, but Cronenberg has still made an odd, uncompromising and occasionally brilliant film of his own, one which is well worth seeing if only for the deft way the Cronenberg finds an emotional arc in such an inhuman world. Or else to see how perfectly Pattinson's performance suits the director.