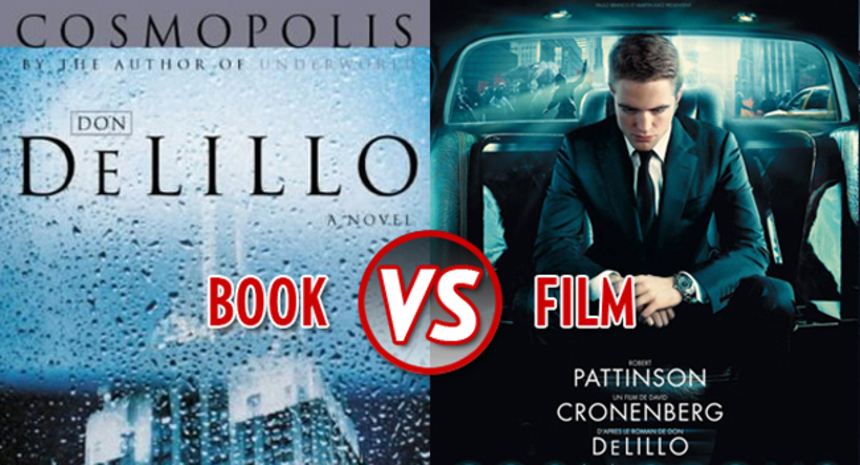 Once again, The higher-ups at ScreenAnarchy have been kind enough to allow me to cross-promote a post I wrote over at LitReactor. Last time it was a comparison piece on the book and both film versions of The Girl With The Dragon Tattoo. This time, it's David Cronenberg's adaptation of Don DeLillo's novel, Cosmopolis.

There is a specter haunting the world of literary adaptations and it is this: the book is always better than the film.

But there are exceptions to this rule-- especially where the output of director David Cronenberg is concerned. The 69-year-old auteur has never been one to shy away from difficult source material (see: Naked Lunch, Crash), and has generally been successful at shepherding the unfilmable to the silver screen (see: Naked Lunch, Crash). Most directors stop taking risks at a certain stage in their career, but not Cronenberg. Case in point, his adaptation of one of the oddest road novel's of all time: Don DeLillo's prescient take on the haves versus the have-nots, The Dark Knight Ri-- I mean, Cosmopolis.

You can check out the whole thing over at LitReactor. It is essentially a movie review masquerading as a book review.

Cosmopolis opened this past Friday in the US at select theaters.

Also, the title of this post no way implies that the director and author are f-f-f-feuding. From what I've heard, DeLilllo quite likes the adaptation.  What does everyone else think?