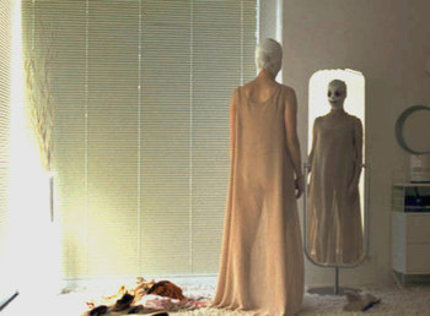 It's mere weeks until the most beautiful corner of Catalunya plays host to hoards of genre film fans (myself included). The latest news from the Sitges Festival announces that Antonio Banderas will receive the Grand Honourary Award for his lifetime achievement in film. Banderas will also be presenting his latest film, Automata, directed by Gabe Ibáñez.

Also announced for the Official Fantastic Selection are Goodnight Mommy, currently receiving rave reviews out of Venice; Spring, by ScreenAnarchy favourites Justin Benson and Aaron Moorehead (currently enjoying its world premiere at TIFF); Leigh Janek's decidedly creepy Honeymoon and two incredible films that made waves at Cannes, When Animals Dream by Jonas Alexander Arnby and Alleluia by Fabrice du Welz. Rounding out the official selection announcement are some titles I've been anticipating, such as Jennifer Kent's The Babadook, Mike Cahill's I Origins, and Ana Lily Amirpour's A Girl Walks Home Alone at Night.

Add these to previously announced titles, and this is one of the best lineups at Sitges in years. If you need to find me in early October, I'll either be in the Auditori or sipping rioja by the Mediterrranean.