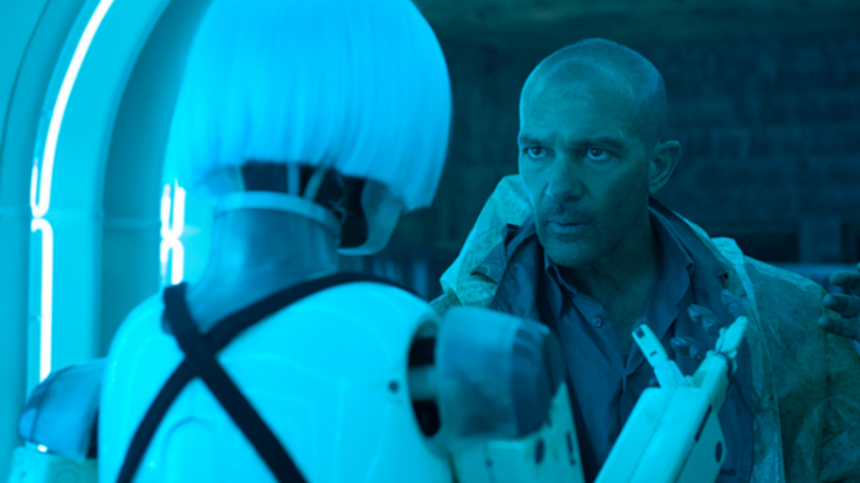 Certainly, many current films present a weary and negative view of humanity's future, be it death by plague, war or environmental disaster. In Autómata, humanity might be ending with a whimper, but the planet, and the sentient beings it might leave behind, suggest a cyclical mythology in which people might be just a blip, but not without substance.

Set in the mid-21st century in an unknown city, when desertification has decimated the global population and robots do most of the dirty work, Antonio Baderas plays Jacq, an insurance agent who checks on people's claims of defective robots. The robots are supposed to adhere to certain protocols, but Jacq discovers that some of them are repairing themselves and abandoning their duties. As one man with a personal vengeance (Dylan McDermott) tries to destroy the robots' newfound life, Jacq sets out, somewhat unwillingly, to find the source of the robot's newfound self-awareness.

This is an excerpt from our original review from Fantastic Fest 2014. You can read the entire review right here. Automata opens in select theaters across the U.S. on Friday, October 10. Visit the official site for more information.

Do you feel this content is inappropriate or infringes upon your rights? Click here to report it, or see our DMCA policy.
Antonio BanderasBirgitte Hjort SorensenDylan McDermottGabe IbáñezMelanie Griffith