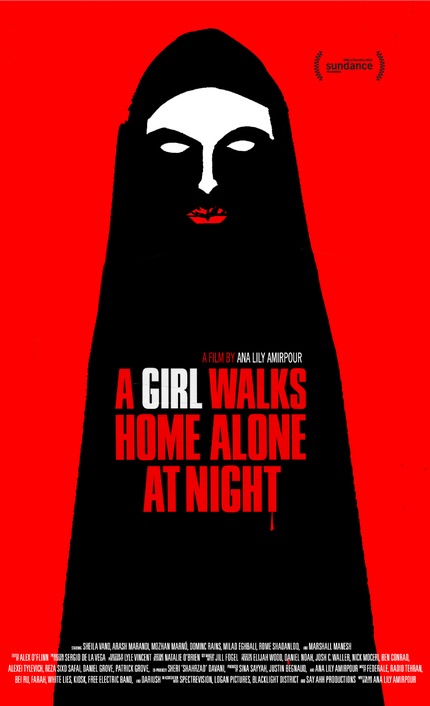 It was back in early September that we shared the first international trailer for Ana Lily Amirpour's striking Farsi language vampire tale A Girl Walks Home Alone At Night and with the US release launching November 21st with theatrical bookings in LA and New York a gorgeous new American trailer has followed.

Strange things are afoot in Bad City. The Iranian ghost town, home to prostitutes, junkies, pimps and other sordid souls, is a bastion of depravity and hopelessness where a lonely vampire stalks its most unsavory inhabitants.

Do you feel this content is inappropriate or infringes upon your rights? Click here to report it, or see our DMCA policy.
a girl walks home alone at nightana lily amirpourfarsitrailervampire