The 12th edition of the Morelia International Film Festival (October 17-26) is taking shape and now the first wave of international titles has been announced. It is what you would expect from Mexico's top film festival and reaffirms the bond Morelia has developed over the years with the Cannes Film Festival.

It is already a tradition that every Palme d'Or winning film premieres in Mexico at Morelia; hence this year's lineup is led by Nuri Bilge Ceylan's Winter Sleep. The rest of the international titles confirmed as of today were also part of this year's Cannes.

Morelia is once again presenting some of the films that conformed the Critics' Week (Semaine de la Critique) at Cannes. The highlight is definitely The Tribe, which was described by Todd Brown as "a potent bit of work, that plays out entirely in a Ukrainian boarding school for the deaf with all communication carried out in sign language with no subtitles or other translation offered."

The rest of the Critics' Week competition section will be screened in Morelia too: Darker Than Midnight, Gente de Bien, Hope, It Follows, Self Made, and When Animals Dream. Finally, Morelia is also showing Mélanie Laurent's Breathe, which had a special screening during the Critics' Week.

Read more of each title here (with info from the Critics' Week website): 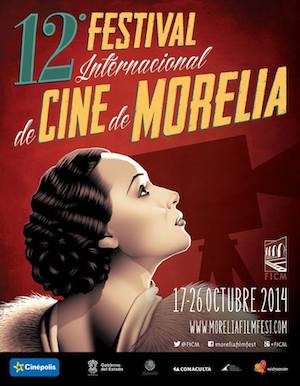 Davide is different from the other teenagers. Something makes him look like a girl. Davide is fourteen when he runs away from home. His intuition leads him to choose Villa Bellini, a park in Catania, as a refuge. The park is a world in itself, a world of the marginalized, to which the rest of the city turns a blind eye. But one day the past catches up and Davide has to face the most difficult choice, this time alone.

Eric, 10, finds himself almost overnight living with Gabriel, his father, who he barely knows. The man has trouble keeping their heads above water and building a relationship with his son. Maria Isabel, the woman Gabriel works for as a carpenter, decides to take the child under her wing.

Deep in the Sahara desert, as they try to get to Europe, Léonard, a young man from Cameroon, rescues Hope, a Nigerian woman. In a fiercely hostile world where safety requires staying with one's own people, these two try to find their way together, and to love each other.

For 19-year-old Jay, fall should be about school, boys and weekends out at the lake. But after a seemingly innocent sexual encounter, she finds herself plagued by strange visions and the inescapable sense that someone, or something, is following her. Faced with this burden, Jay and her teenage friends must find a way to escape the horrors that seem to be only a few steps behind.

Self Made tells the story of two women - one Israeli, the other Palestinian- who are trapped within their respective worlds. After a mix-up at a checkpoint, they find themselves living the life of the other on the opposite side of the border.

Deaf mute Sergey enters a specialized boarding school for deaf-and-dumb. In this new place, he needs to find his way through the hierarchy of the school's network dealing with crime and prostitution, The Tribe. By taking part of several robberies, he gets propelled higher into the organization. Then he meets one of the Chief's concubines Anna, and unwillingly breaks all the unwritten rules of the tribe.

The young woman, Marie, is an outsider in the small coastal community where she has grown up. The townspeople live in fear of her and not least her mother, who is wheelchair bound, suffering from a mysterious illness. When Marie discovers her body changing - long hair growing on her chest and back - she begins searching for answers concerning her family's hidden past. Something that will have great consequences for herself and her family - and the choices she has to make.

Charlie, a young girl of 17 years. The age mates, the emotions, beliefs, passions. Sarah, it's the novelty. Beautiful, sassy, a journey, a temperament. The immediate star, in short. Sarah chooses Charlie.

More about Self Made