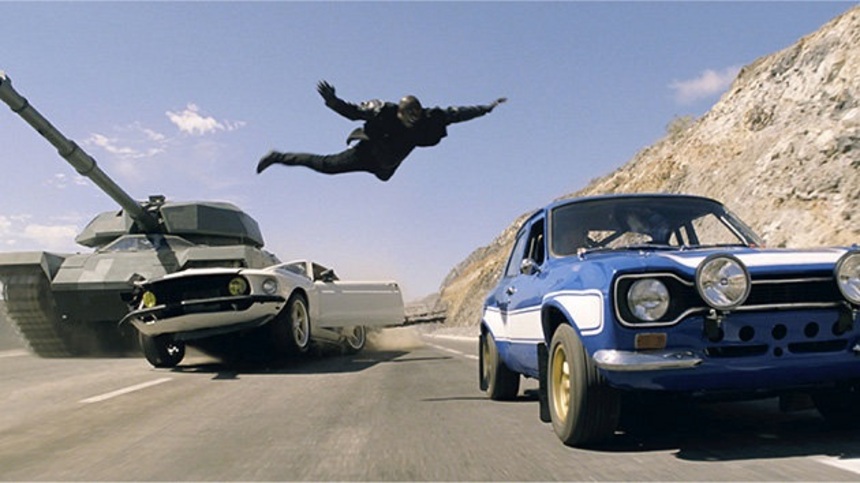 Justin Lin's Fast & Furious 6 races to the top of the Chinese box office this week, despite giving Roland Emmerich's White House Down a 4-day head start, while M. Night Shyamalan's After Earth plummets to fifth place.
The meat & petrol head flick, that reunites Vin Diesel, Paul Walker and Dwayne Johnson, scored an impressive RMB148 million in its opening weekend, 50% more than the week's other big new release, White House Down. The politically based actioner starring Channing Tatum and Jamie Foxx as the US President banked a healthy RMB115 million, but took a full 7 days to do it. Last week's number one film, the Will Smith/Jaden Smith sci-fi adventure After Earth could only muster a further RMB19 million in its third week on release, and as a result fell to fifth place.
Mr. Go, the ambitious CG-heavy Chinese/Korean co-production about a baseball-playing gorilla, has been something of a disappointment both at home and abroad. Scoring RMB37 million in its second week takes its modest takings to just shy of RMB100 million - a far cry from what Huayi Brothers and Showbox were hoping for. Fourth place sees horror flick Bunshinsaba 2 continue to do respectable business for a locally produced horror sequel. Jay Chou's The Rooftop appears to have underperformed on the mainland, taking RMB117 million in 3 weeks, while Andy Lau's one-two punch of Switch and Blind Detective both look to be on their way out of the charts.
Next week sees Guillermo del Toro's much-maligned but rather excellent Pacific Rim arrive on Chinese shores and it will be fascinating to see how mainland audiences respond. Michael Bay's Transformers films have done incredible business in China in recent years, and China is one of only four nations in the film to have its own Jaeger, but the lack of brand recognition may continue to be a problem for the film, which has under-performed in a number of markets.
Box office figures courtesy of EntGroup
Tweet Post Submit

More about Fast and Furious 6