Jay Chou Has all the Right Moves in THE ROOFTOP Trailer 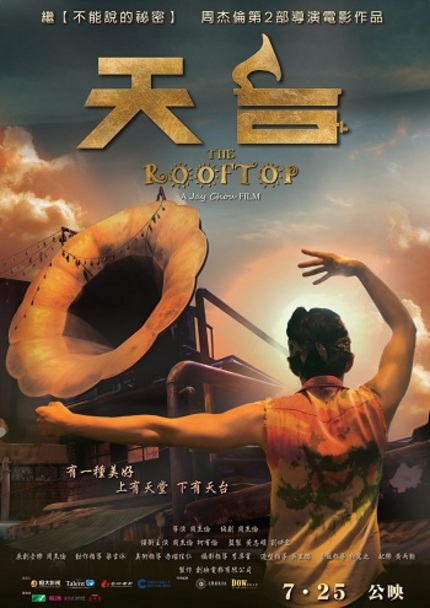 After his debut, Secret, showed that Taiwanese pop sensation Jay Chou could add "film director' to his growing list of artistic talents, it was only a matter of time before he stepped behind the camera for a second time.The Rooftop stars Jay as Gao, a low level gangster in the city of Galilee, who wiles away his nights hanging with his homies and dancing on the rooftops. When he meets the gorgeous Sian (Li Xinai) however, his carefree and crime-filled existence looks set to change.Chou has described the film as the first in a new genre, "A musical action movie, (where) love is the main axis, combining fantasy, romance, dancing, action, special effects and many other elements, so that there will be romantic scenes and classical taste." Chou also wrote the script and ten songs for the film's soundtrack.Alan Ko, Eric Tsang, Wang Xueqi, Xu Fan and Kenny Bee also star in what looks set to be a major action-musical hit of the 2013 summer season. The Rooftop opens in Hong Kong on 25 July and will close this year's New York Asian Film Festival
Check out the film's official trailer below:
Sign-In to Vote
Tweet Post Submit