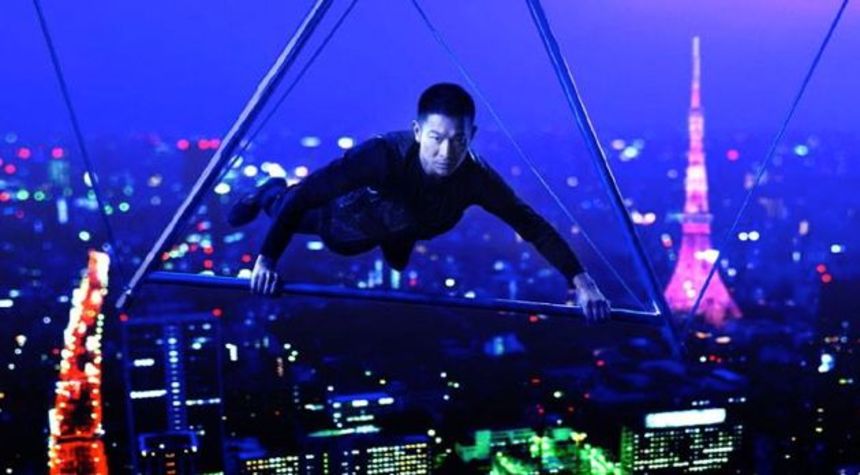 As expected, Jay Sun's spy thriller Switch breezes to the top of the Chinese box office charts as the opposition waits wisely in the wings.
Running pretty much unopposed, Switch and its beloved star Andy Lau had no difficulty in storming its way to a RMB250 million haul over its first 8 days on release. Much of the credit must be given to the film's charismatic leading man, although a 3D release should also be factored in, and bad word is already spreading about the film's quality, which could put a serious dent in the film's performance over the weeks to come. For now, however, it is sitting pretty.
Star Trek Into Darkness continues to go great guns, however, netting another RMB86 million last week, taking its total to RMB325 million after 3 weeks. Peter Chan's American Dreams in China continues to be the only other contender for audience affection, and managed to bring in RMB41 million in the past 7 days, taking its haul for the month comfortably over the impressive RMB500 million mark.
Next week should be dominated by Zack Snyder's Man of Steel, which opens in China on 20 June, but don't rule out cop comedy Badges of Fury, starring Jet Li and Wen Zhang, or even youth flick A Style of Men in Beijing, from mounting serious challenges against the son of Krypton. Next week should certainly prove more competitive than this week's one horse race.
Box office figures courtesy of EntGroup
Sign-In to Vote
Tweet 0 Submit

As expected, Jay Sun's spy thriller Switch breezes to the top of the Chinese box office charts as the opposition waits wisely in the wings.

This isn't exactly by choice. Jurassic Park 3D and Fast and Furious 6 were set for June 2nd and 8th, respectively, then were moved in late May to "TBC" and June 20th. (FF6 then suffered the further indignity of getting pushed to late July while Man of Steel took its 6/20 slot, a change almost definitely related to the Legendary/China Film Group deal announced a couple of days later.) JP3D is now reportedly set for late August. Then The Croods (which was showing incredible legs by mainland box-office standards) was suddenly pulled on June 6th--no explanation except a terse mention of "contractual reasons," which nobody believes, since the film was officially extended to June 24th just a couple of weeks earlier.

There's a couple of different stories going around on The Croods--one variant is that Dreamworks violated some regulation by continuing to advertise the film more than one month after its release--but JP3D and especially FF6 were moved specifically to ensure Switch (which was getting awful word of mouth even before its release) would have the Dragon Boat holiday more or less to itself and an additional weekend before any Hollywood competition rolled around. Recall how Iron Man 3 almost got kicked out of the May Day holiday to protect So Young; in the end IM3 came out on the very last day of the holiday, but Universal couldn't play the co-production card here, so bye-bye for now to JP3D and FF6.

The story I heard about THE CROODS was that it was doing such great business (7 straight weeks in the Top 5) that the success of the 3 local animated films being released a couple of weeks back looked to be in jeopardy, so an excuse was cooked up to essentially pull THE CROODS off screens despite the fact it was still making money. Those 3 local animations don't appear to have benefitted.

The local animated films (four if you count the extremely limited release of Let Panda Fly) were doomed the minute someone decided to let The Croods stay in theaters through Children's Day. That was the only chance they had to seriously rake it in--they all dropped like rocks immediately afterwards, but The Croods held better because it actually appeals to adults (I've heard twentysomething friends with no kids wax enthusiastic about it) whereas nobody over the age of ten could possibly care about Happy Little Submarine 3. Why The Croods got extended at all is a bit puzzling, but is apparently down to the fact that Dreamworks is now releasing films through their own Chinese subsidiary and not just sending their cut of the box office to the U.S.