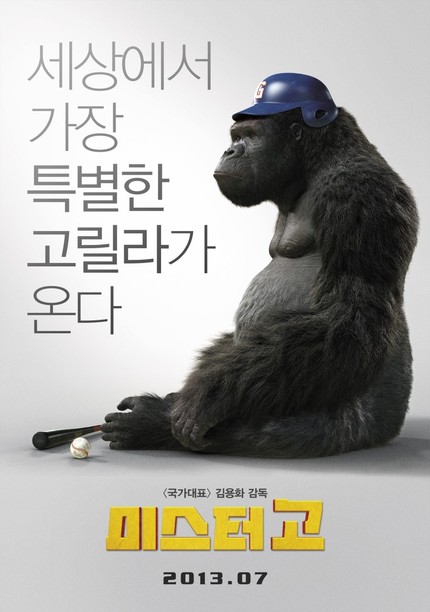 The chances of Korean sports comedy Mr. Go successfully winning over the hearts and minds of the family-friendly crowd rest squarely on the broad shoulders of the Baseball-playing Gorilla, a CG character created through director Kim Yong-hwa's own studio Dexter Digital. The attempt to fully realize a believable gorilla as the main star in a 3D digital film without the luxury of a Hollywood-size blockbuster budget has proven to be major challenge for a Korea production and was long considered too risky to undertake. Well, a second teaser has arrived that showcases more actual footage with the digital VFX and it looks like they hit it out of the park in achieving their technical goal and defying expectations.