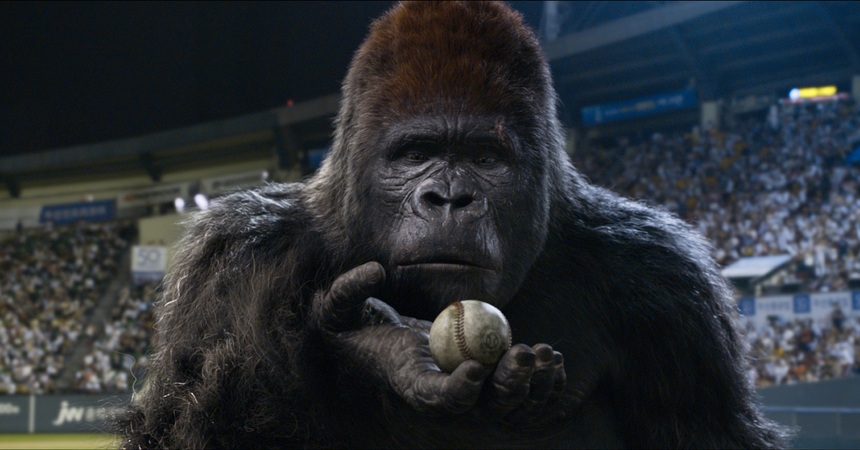 As a joint co-production between Huayi Brothers of China and Showbox of Korea, its only natural that Kim Yong-hwa's Mr. Go will receive a heavy push as a must-see Pan-Asian summer blockbuster event in both countries.  A "superstar" conference was recently held in Beijing, kicking off the first Chinese promotional campaign with the debut of a video that features an extended clip of the loveable baseball-playing gorilla doing what he does best - cracking baseball out of the stadium.

The sports comedy will be released theatrically in Korea and China simultaneously in July. You'll find the clip embedded below.
Tweet Post Submit