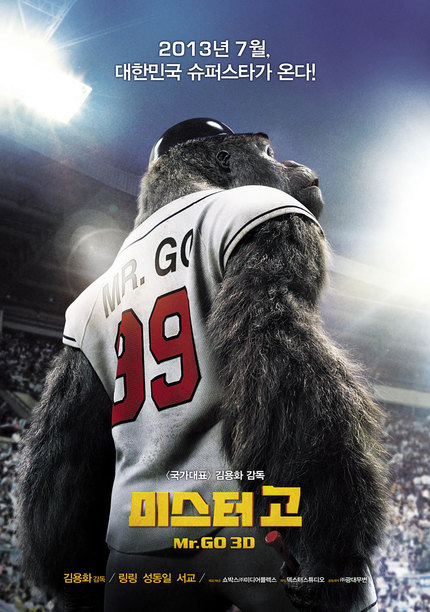 Huayi Brothers continues to push the promotional campaign in China for the potential summer blockbuster film of Kim Yong-hwa's Mr. Go with the launch of the first trailer. Chinese actress Xu Jiao (Starry Starry Night, CJ7) star as Wei Wei, the childhood friend and caregiver to Ling Ling, the Baseball-playing Gorilla and Sung Dong-il (Take Off, 200 Pounds Beauty) co-star as the sports agent who recruited the Gorilla to the Korean professional Baseball league.

The sports comedy will be released theatrically in Korea and China simultaneously in July. You'll find the Chinese version of the trailer embedded below.
Tweet Post Submit