Hey Toronto! It's Time to Get Your De Palma Voyeurism Fix 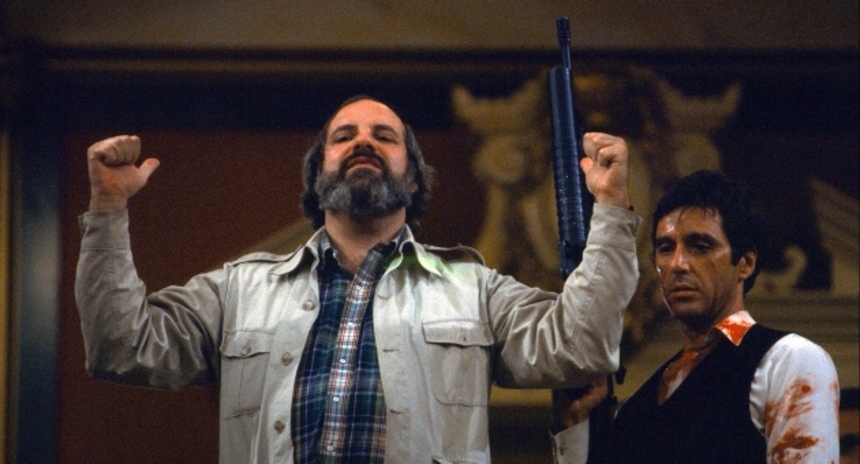 Over the course of what promises to be a long, hot, sticky summer, what better way to escape the streets and enter the sleazy, dreamy, violently dark ouvre of Brian De Palma. With the release of Jake Paltrow & Noah Baumbach's wonderful documentary interview, De Palma, getting released in Toronto this Friday, and the start of the summer programming at TIFF Lightbox, the festival's year round house of cinema is offering a near-complete retrospective of the works of the love-him/loath-him king of homage.

Famously back by Pauline Kael, and currently revered by Quentin Tarantino, De Palma is a disciple of not only Hitchcock which can be easily seen in most of De Palma's work, but also of classic film theory, from Sergei Eisenstein (his lovely homage to Battleship Potemkin is one of several stand out scenes in the 1986 blockbuster The Untouchables) and Jean-Luc Goddard (1970's Hi Mom! is as Goddardian as much as it is the prototype for Martin Scorsese's Taxi Driver) to a serious misfire attempt to do Kubrick (The seriously ill-executed Mission to Mars.)

De Palma loves crafting a shot that stands out unto itself, whether it be long steadicam point of view shots (Snake Eyes, The Black Dahlia, Obsession), glorious split-screens (Sisters, Carrie), diopter splits (Blow Out), epic crane shots, or any other showy film-making technique, the director knows how to make visual stick. And he always is sure to implicate the viewer in the affair, as the lionshare of his films are exercises in extreme voyeurism (Body Double, Femme Fatale) and extreme violence (Scarface).  Just when you think you have the man pinned down with his obsessions, he'll go and make an action romp (Mission Impossible) or a goofy gangest slapstick (Wise Guys) or a serious and nuanced war film (Casualities of War).

This is why we love the man and his movies, they may be derivative on the surface, but there is a living breathing film aficionado looking to make a mark with a yeoman's work ethic stretched by force into art.

[Related: Kurt is currently doing a chatty film-by-film discussion on the work of DePalma with his podcast Cinecast co-host, which will be going on in conjuction with this retrospective at Rowthree.com, currently Hi Mom! and Blow Out episodes are up here.]
Tweet Post Submit

Do you feel this content is inappropriate or infringes upon your rights? Click here to report it, or see our DMCA policy.
Brian De PalmaDEPALMASplit ScreenNoah BaumbachJake PaltrowDocumentaryBiography