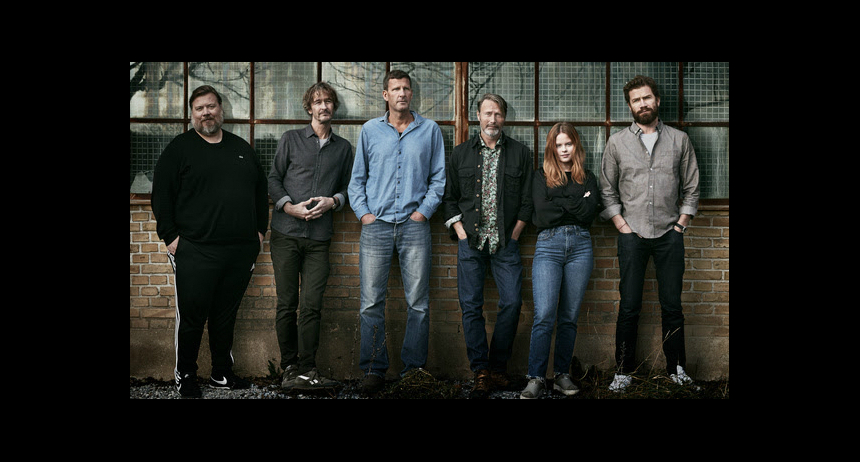 Thrilling news: the great Mads Mikkelsen is reuniting with the great Anders Thomas Jensen for a new, dark comedy.

Titled Riders of Justice, the film "follows Markus," according to Deadline, " who has to go home to his teenage daughter, Mathilde, when his wife dies in a tragic train accident. It seems like an accident, until a mathematics geek, who was also a fellow passenger on the train, and his two colleagues show up saying they are convinced someone is behind it."

Mikkelsen has previously appeared in all four Jensen directorial features: Men & Chicken (2015), Adam's Apples (2005), The Green Butchers (2003) and Flickering Lights (2000). Since Men & Chicken, Jensen has been busy writing again, but he has a deft touch as a director, so I'm properly excited to see what he's cooked up, and am happy that Mikkelsen is in the lead role.

He's been very effective in his recent roles, especially Arctic, but his collaboration with Jensen always pays rich dividends. With production underway, we might even get to see the film before the end of the calendar year.

Do you feel this content is inappropriate or infringes upon your rights? Click here to report it, or see our DMCA policy.
Anders Thomas JensenDenmarkMads Mikkelson