There must be something funny in the water in Denmark because they definitely have a knack for comedy. Drafthouse Films recently released a pair of hilarious Danish films on Blu-ray and DVD and we're here to give you the low down on the discs. Both Anders Thomas Jensen's Men & Chicken and Mikkel Norgaard's Klown Forever are alumni of Fantastic Fest 2015, where I first saw them and loved them. Now they are on home video and I highly recommend both.

Check out the gallery below for more details.


Michele "Izzy" Galgana and Peter Martin contributed to this story. 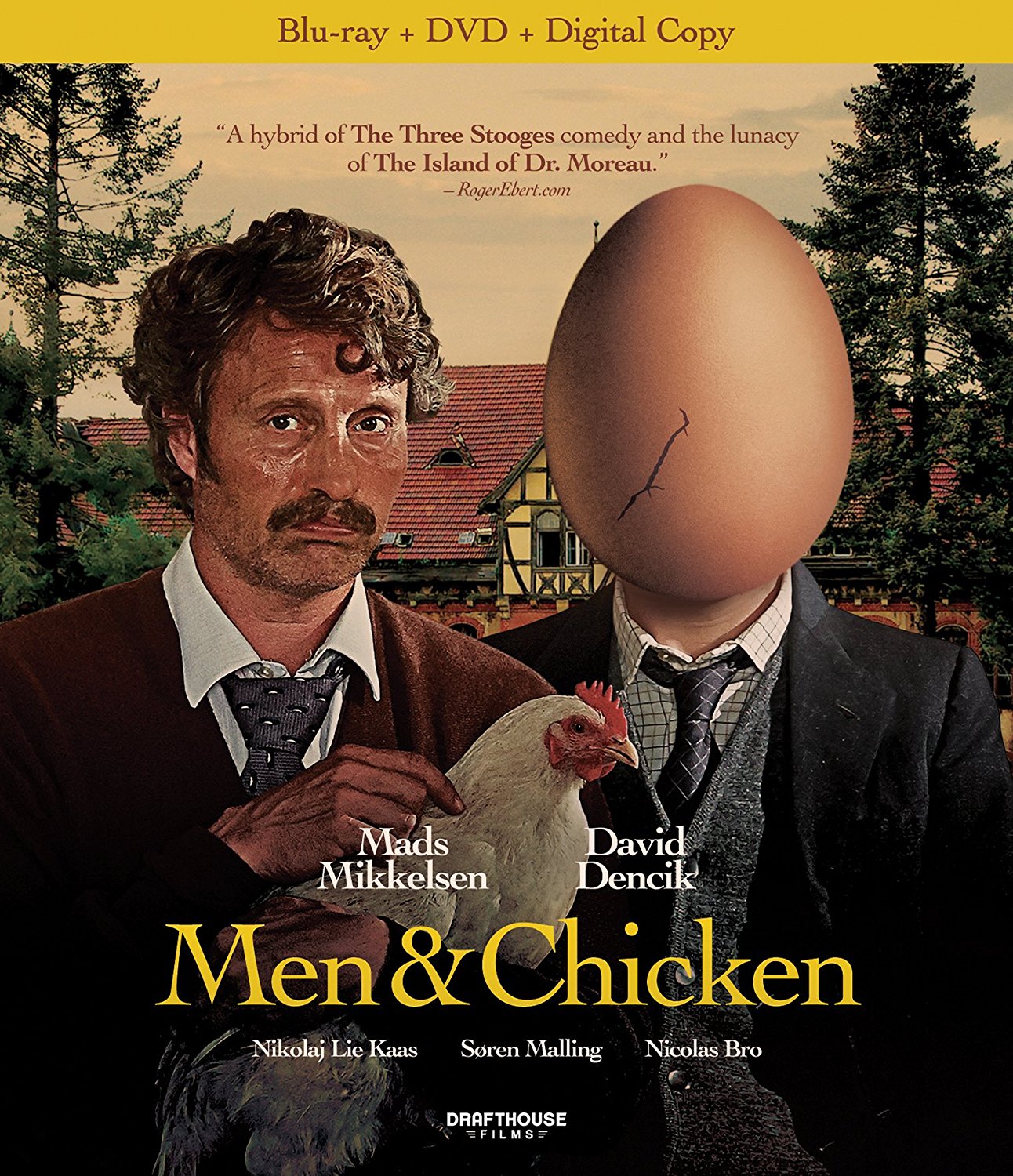 Thomas Anders Jensen's Men & Chicken is one of the funniest films I've seen at Fantastic Fest over the last six years. The film screened at the 2015 edition of the festival and quickly became a favorite among fans. It's a hilarious farce about a family of misfits who learn an uncomfortable truth about their own beginnings as a result of their father's dabbling in science he didn't fully understand. It is Coen Brothers-esque in its fascination with finding humor is the bizarre, dark corners of the mind, and rivals their best work.

Our own Michele 'Izzy' Galgana saw the film at the festival as well and wrote this:

There are many secrets to be discovered, and once Gabriel swiftly throws back the covers on the biggest one of them all, you may be asking yourself why Men And Chicken isn't a horror film.

Jensen's writing is what convinces you otherwise, as the dark comedy he's created is infused and directed with a masterful hand. It makes you wonder how many drafts of the script were written to conclude in the final product. Lesser films attempting a veritable cornucopia of genres usually fail noticeably to be all of them, even one of them well. Jensen transcends these rough waters with seamless delivery.

The story has elements of a gross-out comedy blended with a Scooby Doo episode, by way of an old dark house mystery. Perversion, tragedy, and abuse abound, and there are some truly disgusting moments once the film's journey delves into real darkness. However, Men And Chicken is also a touching look at the ties that bind, and however we may try, we can never really sever ourselves from the ones we love.

I don't always agree with my fellow writers here, but Izzy nails this one. The film is balls-out hilarious, completely ridiculous, and yet at times charming and thoughtful. Mads Mikkelsen (TV's Hannibal) is great as the compulsive masturbator and hare-lip, so good, in fact, that if you didn't know he was in the film, it would likely take a minute to realize it is him at all. Thomas Anders Jensen is a master of macabre humor, as he proved in his previous collaboration with Mikkelsen, The Green Butchers, and Men & Chicken proves that he knows what he's doing.

Drafthouse Films give us a great audio visual presentation for Men & Chicken. I have nothing critical to say here, the disc accurately reflects my theatrical experience, and perhaps even surpasses it. Colors are lively, detail is deep, and it looks great in motion. The audio is similarly solid, and without issue.

Sadly there are no disc based extras this time around, but Drafthouse does provide a booklet with plenty of concept art and a statement of intent from director Thomas Anders Jensen. A bit disappointing, but thankfully the film is good enough to stand on its own two feet. 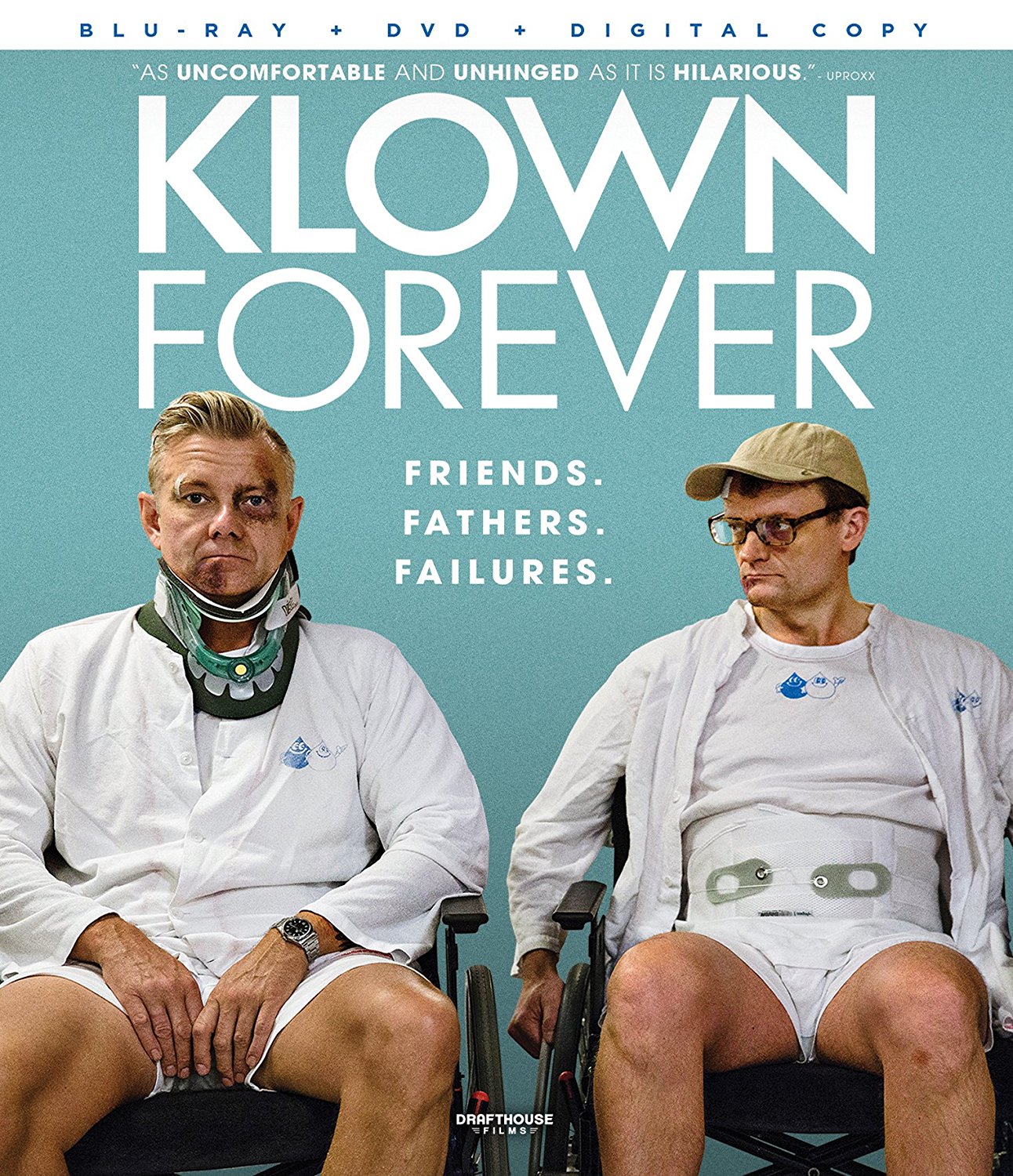 The Danish madmen of Klown, Casper Christensen and Frank Hvam, are back with Klown Forever, the new film from these two old pros, and it is still pretty damned funny. In Klown Forever, their seemingly eternal relationship as best friends who don't particularly enjoy each other's company faces challenge after challenge, leading to numerous hilarious encounters and new levels of shame and self-loathing.

When Casper and Frank decide to release a book based upon their seemingly unbreakable friendship, it puts an unusual strain on them and they react in the only way they know how, running away from the problem. Casper tires of his life in Denmark where he feels he's accomplished all he can and Frank has grown tired of fatherhood almost before he even became a father. Casper runs off to America to try his hand at Hollywood and a directionless Frank follows, trying to win him back. As you might expect, nothing goes according to plan.

Peter Martin wrote about the film at Fantastic Fest last year and had this to say:

Again, Peter and I are on the same page. While I was initially a bit let down by the sequel when I saw it at Fantastic Fest, upon revisiting the film for this review, I couldn't help laughing out loud on several occasions. The characters are vulgar, brutally and clumsily masculine, and never not funny. That's what makes Klown Forever work for me, it's completely honest to these characters, with no polish.

Drafthouse's Blu-ray of Klown Forever is equally good in the audio/visual department. The film doesn't look much like a film, in fact it looks like modern TV, but considering its origins it looks as it was intended to look. There are two audio tracks, one DTS-HS MA 5.1 track and a DTS-HD MA 2.0 Stereo track, and in this case there is a massive difference. The 5.1 track spreads out the dialogue, music and effects in a way that works wonders for the film. There were several occasions when listening ot the stereo track that dialogue seemed to get lost in the mix with FX.

Since the release of this disc on the market, Drafthouse Films have released the entire Klown TV series in the US on a penis shaped USB thumb drive. I don't have that, but Klown Forever includes three episodes of the series which I loved and will definitely revisit often. Also included are some deleted scenes from the film. Also included are an 8 page photo booklet and digital download. Overall, a very good package. Definitely recommended.