Pretty Packaging: THE BOY AND THE BEAST Has A French Release Worth Fighting Over

Ard Vijn
Editor, Europe; Rotterdam, The Netherlands (@ardvark23)
Tweet Post Submit
Hosoda Mamoru has been a shining light in the Japanese animation industry, and never more so than after he left Studio Ghibli over a decade ago. What would normally be considered a career-killing move proved to take him on a path which sees him owning his own studio today: Studio Chizu, a production company with two bona-fide hits on its books, and Hosoda its star.

Last summer Studio Chizu released The Boy and the Beast, and again it has been a success story for Hosoda Mamoru, cleaning up at festivals, box office and awards ceremonies worldwide (but especially Japan). Check out what our Hugo Ozman and Kurt's kids had to say about it.

France also loves Hosoda Mamoru, and The Girl Who Leapt Through Time, Summer Wars and The Wolf Children all received French-pimped Collector's Editions. And last week, it was The Boy and the Beast's turn to get one.

Now, a word of warning: this release is absolutely not English-friendly. There are Japanese and French dubs, and French subs only (a bit of a nasty surprise for little old Dutch me, as the previous French Hosoda releases all boasted Dutch subs).

But... well, this site being part Canadian, that doesn't stop everyone, right? And this is a Pretty Packaging article, and this edition sure is prettily packaged.

Therefore, here is a gallery of shots. Click on the edge of the pictures to scroll through them, or at the center of each to see a bigger version. 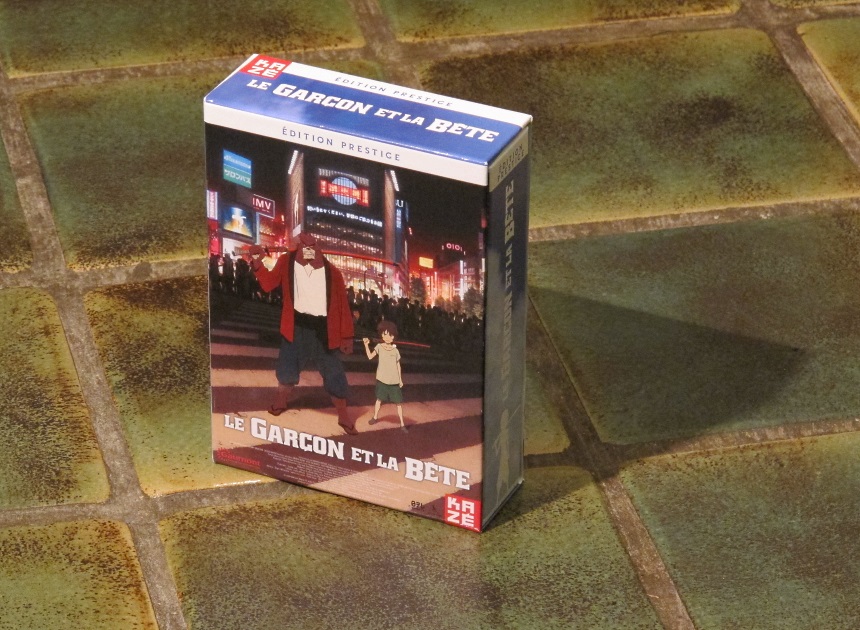 And here it is: a big, sturdy hard cardboard box. 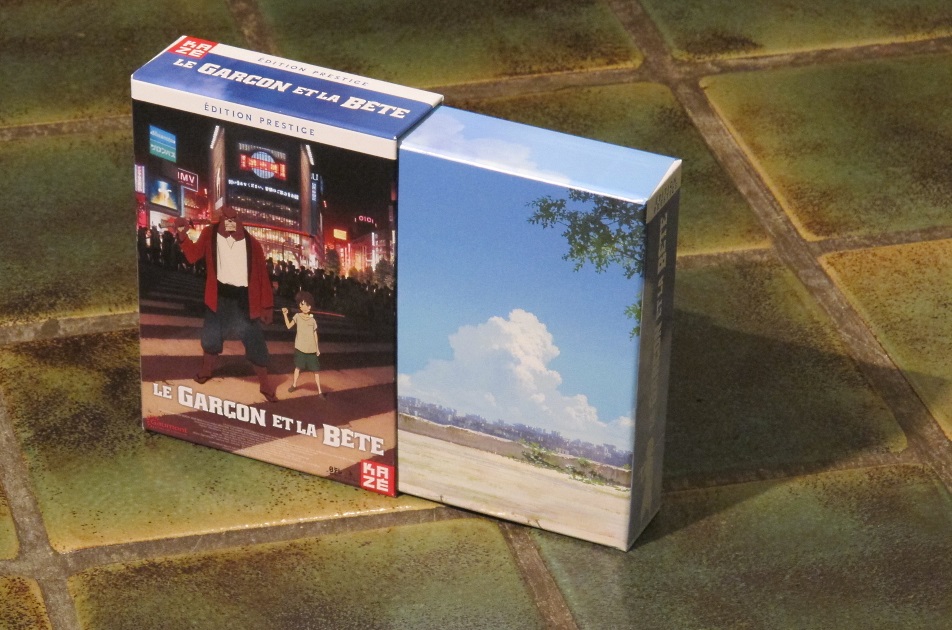 It's a slipcase, with in it... another big, sturdy hard cardboard slipcase. 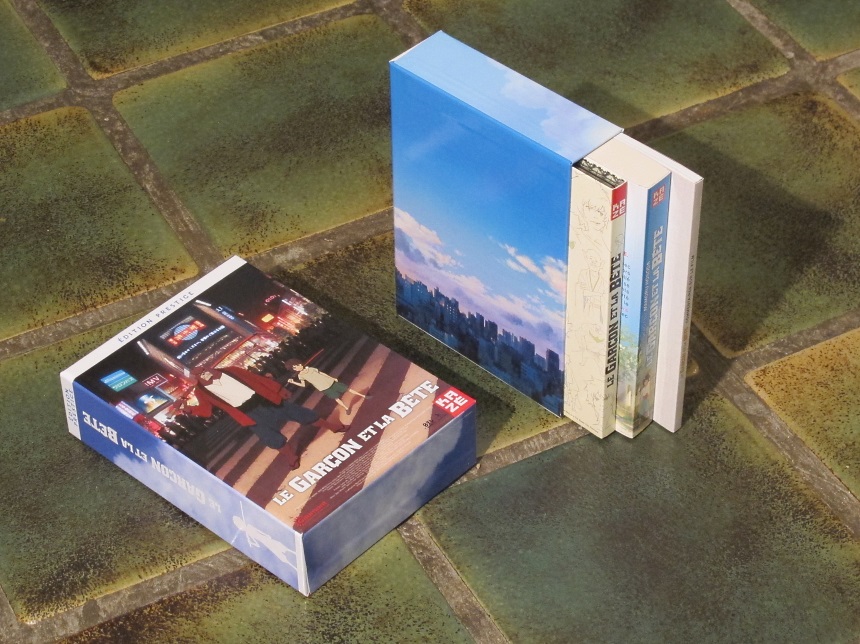 In the inner slipcase, there are a digipak, a novel, and a design booklet. 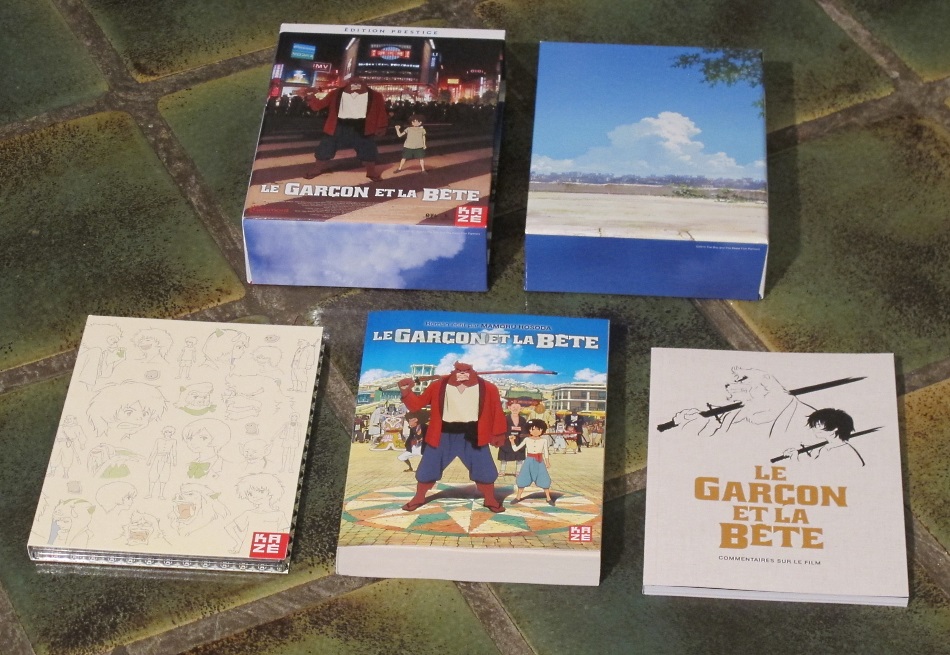 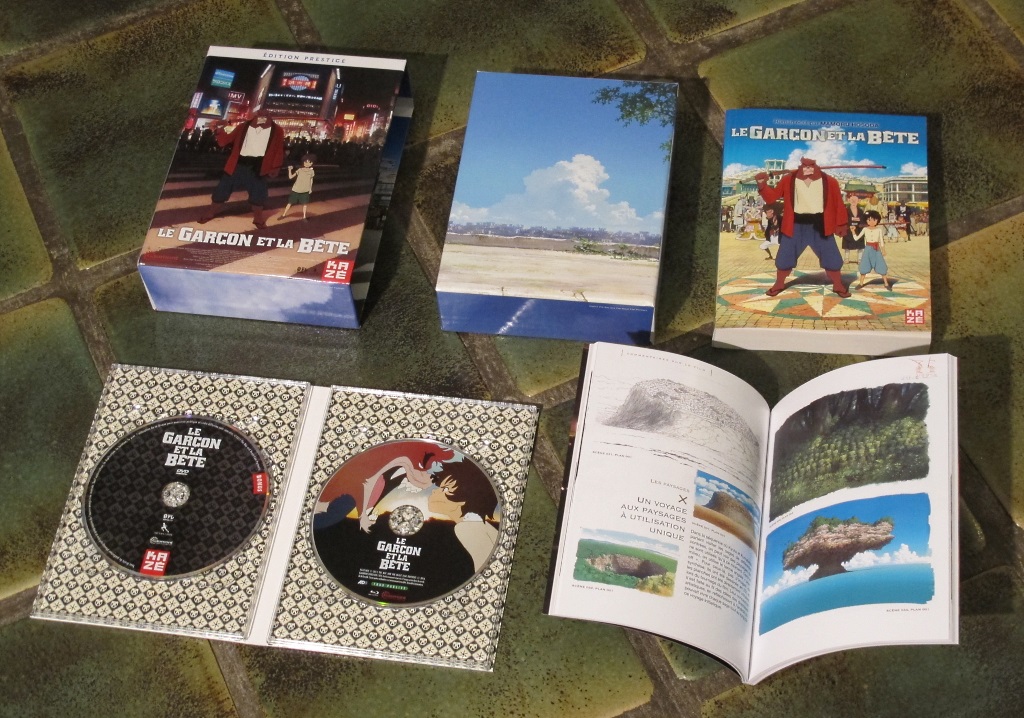 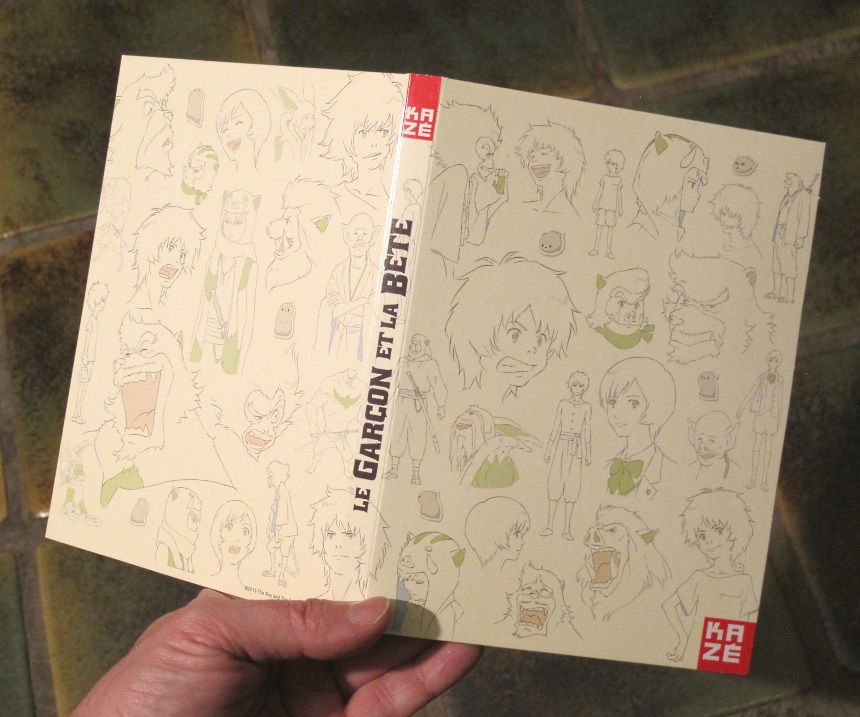 The digipak is decorated with many design sketches, and very pretty. 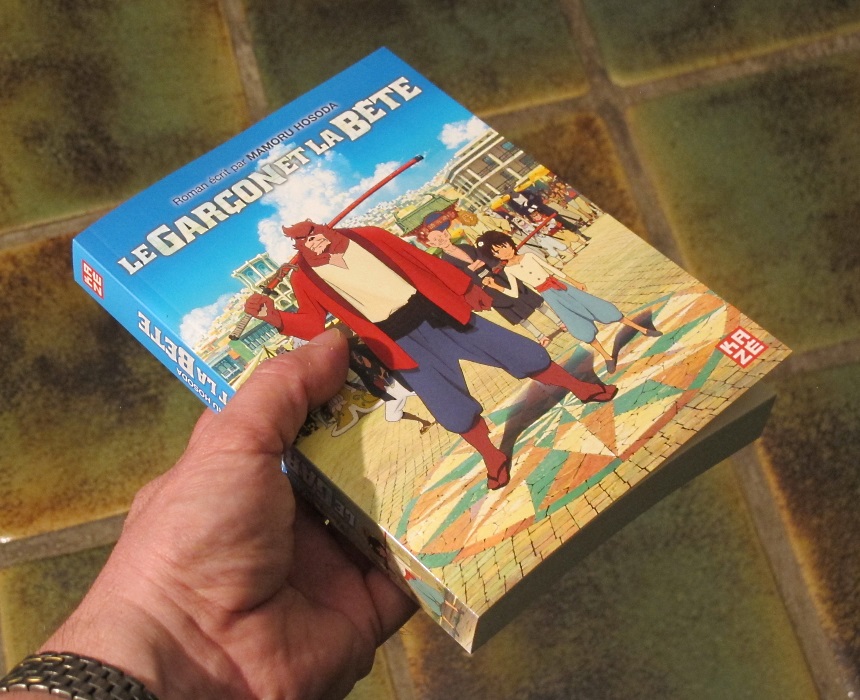 The novel is... well, Hosoda's book version of the story he wrote for the film. It's 250 pages and totally in French. 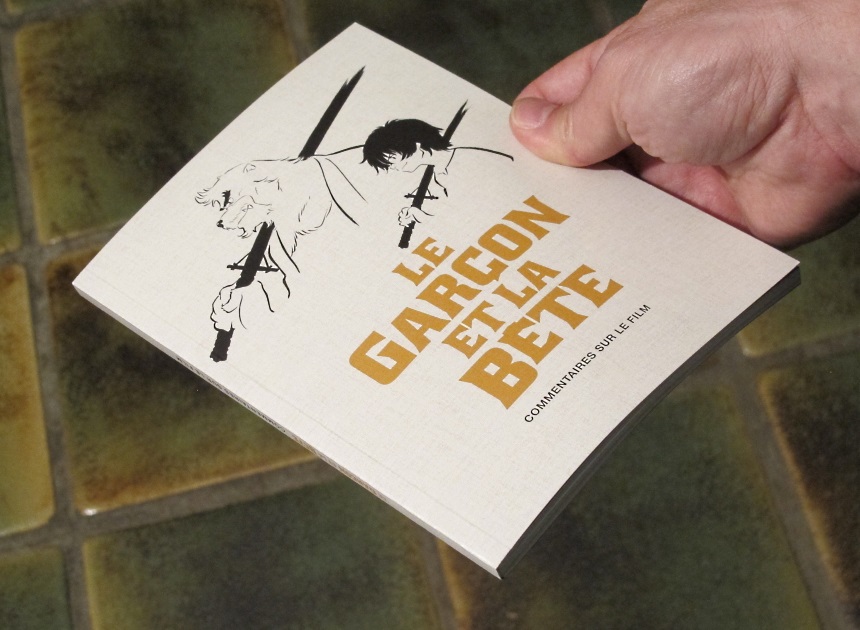 Here is the design booklet. It's 96 pages thick and very, very good.

In it you see storyboards, cgi-breakdowns, an extra story to go with the novel, artwork... it's great!

What's also cool is that the top-right corner of each page has an animation still of one of the film's major fights on it, so you can see it move when you "flick" the book. 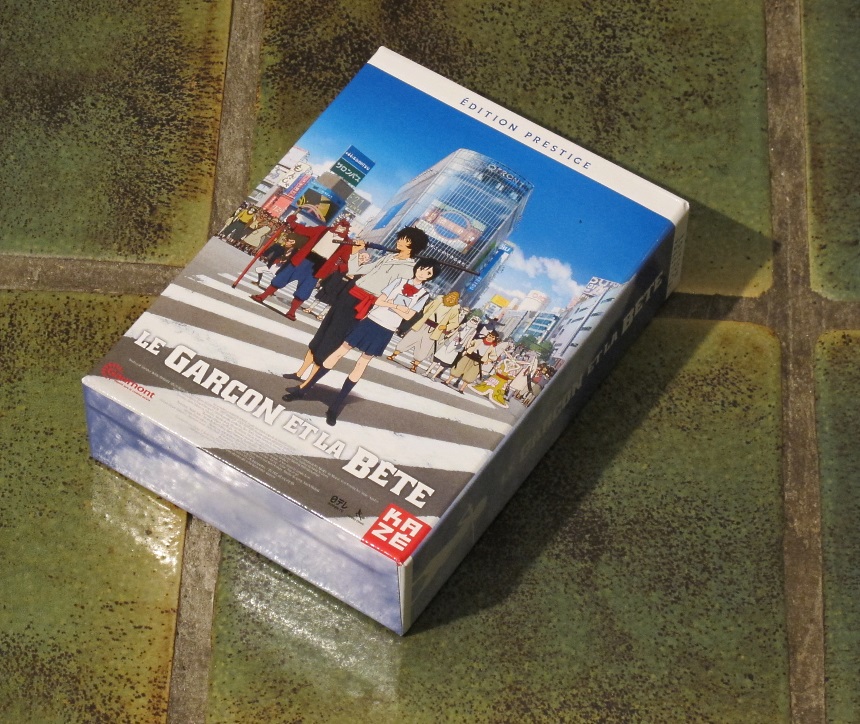 The end. And while for me, The Boy and the Beast isn't my favorite Hosoda Mamoru film (that would still be Summer Wars, it sure is a gorgeous one that I'm happy to own. I'm very curious what Hosoda will do next!