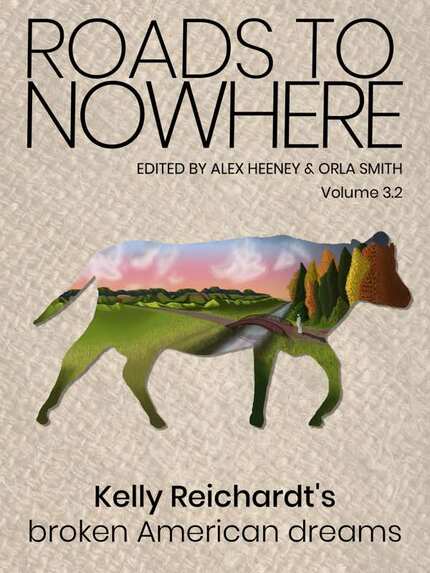 I've said it before and I'll say it again: not only is Kelly Reichardt one of the best American indie filmmakers currently working, she's also one of the best in the world. With seven feature films under her belt, her films run from westerns to thrillers to personal dramas, as she explores the lives of seemingly ordinary people. But no one is really ever ordinary in Reichardt's world, as the inner workings of the hearts and minds of lives lived in quiet desperation are laid bare in her tales.

For their most recent ebook, Seventh Row have focused on Reichardt's work. With a focus on her latest film First Cow (2019), the book covers not only the director's filmography with essays and disucssions of favourites scenes, there's also several interviews with her collaborators, as well as polaroids, shot lists, storyboards, and other notes from the filming of First Cow, which lends the book an intimacy and access to filmmaking that we don't often get. While some of the essays cover some of the same territory and there's perhaps a touch of unnecessary repetition, it nonetheless provides a terrific overview of a director in the prime of her career. 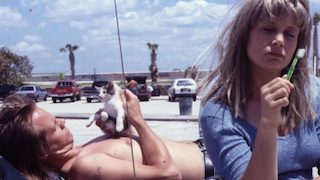 Part One is, appropriately, a primer on Reichardt. Co-editor Orla Smith interviewed the director to get an overview of how she approaches her work, why there was a 12-year gap between her first feature (River of Grass, 1994) and second (Old Joy, 2006), and how finding the right collaborators is the key to her process. This is detailed in a way you don't often find; most interviews with directors concentrate on artistic inspiration and expression; Smith also gets Reichardt to delve into the practicalities of her process, which can have a huge effect on the final product. Part Two puts some of Reichardt's work in context; Smith looks at the dominant themes of the films - protagonists searching but perhaps never finding a better life, and the constant disappiontment inherent in the life of the 'ordinary' American. Brett Pardy looks at Oregon in Rechiardt's films, and we're given a good history of the region, and the experience of the marginalized which has been a focus of Reichardt and frequently collaborator Jon Raymond. This pairs well with Smith's look at Reichardt's oft-forgotten River of Grass; despite its Florida setting, it explores similar themes to her later films.

Parts Three and Four are companion sections, each looking at the women and men characters of Reichardt's films respectively. The women in Reichardt's films must not only contend with the frustrations of a country and system with no support, but one in which they must also survive the inherent sexism baked into it. The characters portrayed by Michelle Williams in three of Reichardt's films - Wendy in Wendy & Lucy (2008), Emily in Meek's Cutoff (2010), and Gina in Certain Women (2016) represent the women of her stories, in varying degrees of socio-economic security, but all with troubles that they cannot overcome. Angelo Muredda looks particularly at Wendy and Lucy, diving deep into how the poor and unhoused are left with no options to make their life better, while Lindsay Pugh looks at the labour and undervalued labour of women in Meek's Cutoff. The essays in the case study of Certain Women, with particular attention to the costuming (including an interview with designer April Napier) provide an interesting context, one often not examined in this depth, considering how women are judged by their appearance. For the men, Smith provides an excellent reading of male mid-life crises and angst in Old Joy, but the case study of First Cow stands out, with an essay by Smith on the themes of class that run through Reichardt's films and how it appears here, how crime becomes a necessity when the poor are given no means for improving their lives. An interview with author and co-screenwriter Raymond gives added context to the story of the film and how he and Reichardt work together. 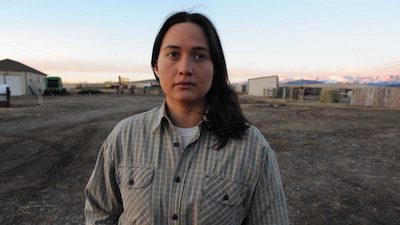 Part Five continues with interviews with actors, and their experience working with Reichardt. John Magaro and Orion Lee both gives further insights to the process of First Cow. Their respective characters Cookie and King-Lu are, on the surface very different men. For Magaro, he found Cookie through the costume, then through Cookie's actions, such as cooking, and milking the titular cow,. For Lee, it was through constant preparation of dialogue. Indeed, both actors talked about how Reichardt has definitive ideas of what she wants, and yet gives her actors the latitude they need to find their way with the character, continuing the director's reputation of strong collaboration.  This is echoed in the third interview with Lily Gladstone, who appears in both First Cow and Certain Women. Gladstone discusses how actors on Reichardt's set get to be involved in aspects of production outside their own, and how every role in the director's film, whether large or small, matters, and how she made her one-scene role in First Cow one of the most memorable.

Parts 6 and 7 will be a boon not only for scholars, but for those who work in film as well, as it features interviews with those in the production and post-production process, how they worked alongside Reichardt, and their own methods of creation and execution. For some readers, these sections might be a little dry, as the details are, well, detailed; but for those who might one day want to be a cinematographer, production designer, costume designer, editor, sound designer, or composer, you might want to take notes. Or if you're an aspiring writer, director, or producer, this can give assistance on how to work with these departments, how you can help them achieve their best work, and therefore your best work. Probably for the average reader, the most fun will be the interview with animal traimer Laura Henry, who dsescribes how they found and trained Evie, the titular First Cow. 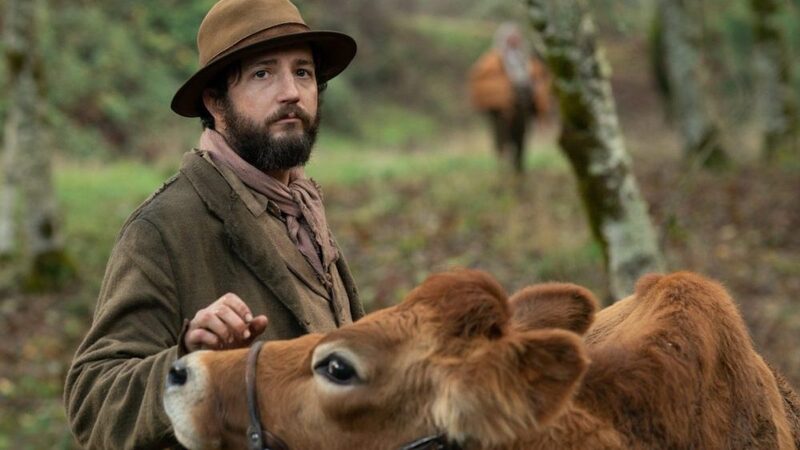 The book is filled with objects that most of us rarely see, perhaps outside of books such as these: dozens of polaroids from the set of First Cow, which show actors and crew member in off-screen moments, in the elements as it were. There's also shot lists, hand-drawn storyboards, hand-written notes and charts, all adding a wonderful texture to the volume that gives the cinephile and budding filmmaker more glimpses into the work of filmmaking, that usually remains hidden. The downside is that there is some repetition in the essays, in that some of the same territory is covered multiple times. However, this is a minor quibble.

Like there other books, Roads to Nowhere is as much a book for fans as it is for theorists, and one that also adds components of teaching how to make a film, or perhaps more accurately, how to make a Kelly Reichardt film. It's a terrific read for anyone who loves and studies both the filmmaker and contemporary independent American cinema.