This rewarding trio of stories bring out the best in four great actresses. 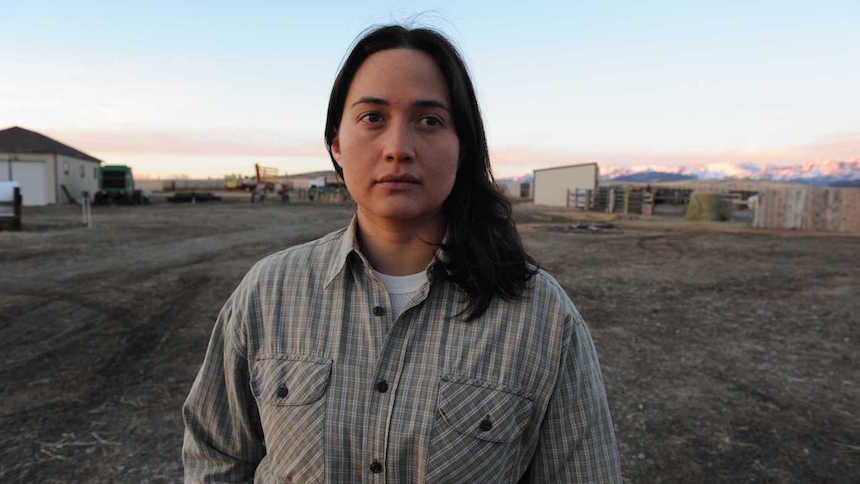 I love the rhythm of Kelly Reichardt's 2016 film, Certain Women. An unhurried triptych of stories about women in small-town Montana, Certain Women has the time (and the sense) to let moments hang, as tiny calibrations of feeling pass across its lead characters' faces.

Anchored by rewarding performances by Laura Dern, Michelle Williams and Lily Gladstone (with Kristen Stewart running the anchor leg on the latter's story), the film rewards detailed repeat viewing -- which makes its addition to the Criterion Collection a great choice.

Laura Dern plays a lawyer (also named Laura), who struggles with a client (Jared Harris) unwilling to let his grievance against a former employer go. Harris gives the showier performance but Reichardt's camera is much more interested in how Harris' aggression presses against Laura until she nearly chokes. Laura wonders aloud if her advice would be more easily heeded by her client if she were male, but the segment is otherwise a much less declarative study of what powers women are and aren't given in their interactions with men.

Michelle Williams takes the middle story in the triad as Gina, an unhappy and visibly brittle wife trying to negotiate for a load of native sandstone from an older man (an always-welcome Rene Auberjonois) whose mental faculties have clearly begun to break down. Gina is uncomfortable parlaying with him but must ask herself whether she is beyond taking advantage of his situation to get what she wants.

Certain Women's showstopper, though, comes in the third act, where newcomer Lily Gladstone plays an unnamed rancher who becomes smitten with a young lawyer (Stewart) who is teaching a night school class. It's a spectacular performance, with Gladstone lighting up the screen (and stealing the picture) with the rancher's unornamented, bashful charm.

It's never entirely clear what draws her to Stewart's teacher character -- other than, I dunno, Kristen Stewart -- nor is it explicitly stated whether Gladstone's is a coming-out story or just one in a series of frustrated would-be encounters. In the original story, Gladstone's character is male, and the inversion creates an exquisite tension against the blue-collar white surroundings (Gladstone, herself, is part Blackfoot), and all the undeclared social codes therein.

It's a beguiling story as the two women get to know one another over a series of diner dinners and one breathtaking near-date spent horseback riding. Gladstone sometimes seems to nearly be bursting with the excitement of sharing the corners of her quiet life with someone else that it's hard not to get bound up in her story as she takes a very large personal chance.

Certain Women is fortified with three new video interviews created for the Criterion Collection. The first two gather the filmmakers: Kelly Reichardt and Todd Haynes (who produced the film) are given segments to discuss the project from inception to completion.

The third sits down with author Maile Meloy, who wrote the short stories upon which the trio of tales are based. She's a lovely presence -- raised by lawyers (!), explaining some of the stories' focus -- and allows enough detail about the transition of her ideas from page to screen to emerge to conjure up a sense of a world beyond the spare, disciplined units that Reichardt has committed to film. It's enough to leave the viewer daydreaming (or seeking out a copy of Meloy's collections), and the feeling lingers long after the Blu-ray is back on the shelf.

Do you feel this content is inappropriate or infringes upon your rights? Click here to report it, or see our DMCA policy.
Kelly ReichardtKristen StewartLaura DernLily GladstoneMichelle WilliamsThe Criterion Collection