Criterion in December 2019: A Suppressed Gem and a Massive Director's Cut 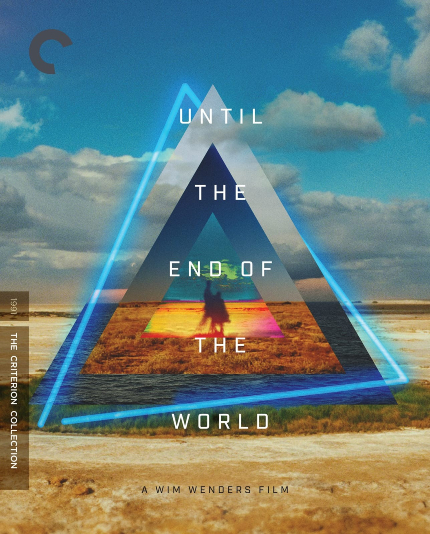 As we would hope, the Criterion Collection will conclude the calendar year with a bevy of goodies for dedicated film fans, including a suppressed gem and a massive director's cut.

Let's start with the director's cut by Wim Wenders. The filmmaker has certainly had his ups and downs, but I think many will be eager to see his 287-minute vision, Until the End of the World. (Make your jokes now, because you won't be joking about this later.) This edition will feature a new 4K digital restoration, a new intro by Wenders, a new interview with him, and a new conversation between him and the great David Byrne.

The suppressed gem is The Story of Temple Drake (1933), an adaptation of William Faulkner's novel starring Miriam Hopkins. Criterion calls it "a harrowing vision of sin and salvation." It's a pre-code film and this edition includes several new supplementary features.

December 2019 will also see the release of Ronald Neame's Tunes of Glory (1960), starring Alec Guinness in a tale of military life and a power struggle. As I've become more familiar with Neame's films, I appreciate his abilities even more so, and, though I haven't seen this one, it sounds like a good blind buy for admirers. Alec Guinness make this a good bet, too!

And for fans of quiet cinema, of which I am one, may I recommend Kelly Reichardt's Old Joy (2006), which is charming and meditative and eye-opening. You might be surprised at how this film affects you at a subatomic level.

Visit the official Criterion Collection site for much more information.

Do you feel this content is inappropriate or infringes upon your rights? Click here to report it, or see our DMCA policy.
Criterion Blu-rayKelly ReichardtRonald NeameWim Wenders