Now in Theaters: THE CAPTAIN, JOJO RABBIT, THE LIGHTHOUSE 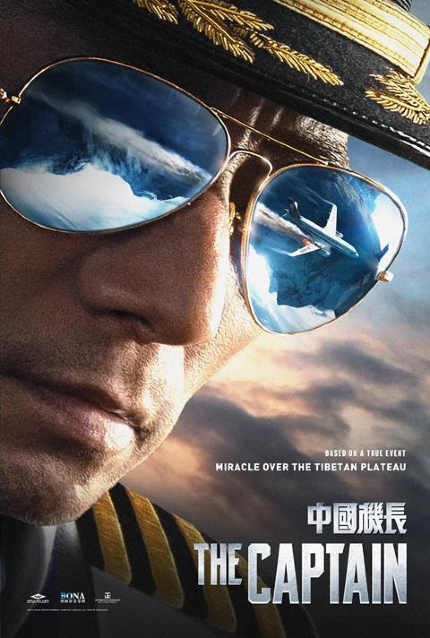 Have you seen any of these movies yet? We've seen two of them, so far ...

The Captain
Now in U.S. theaters via Well Go USA.

In this time of great conflict between nations, it's easy enough to peer between the lines, especially when the trailer for a film made in China concludes: "Trust our captain."

While we can surmise all we want about the actual intentions, the plain truth is that this is an airplane-disaster film, and I've been watching those for decades (*cough cough, I'm old*) without any apparently lasting effect upon my psyche.

Because, let's face it, if you're a passenger on an airplane and something goes wrong, there is very little you can do, unless you're a flight attendant and try to fly the plane. (Not recommended, by the way; see Airport 1975.)

Based on a recent, true story, The Captain follows the titular pilot, who handled a disaster in the air with cool aplomb, with the lives of hundreds of people at stake. The very dependable Andrew Lau directed, and, all else aside, the trailer looks rather intense.

It's not the real dictator, of course. Instead, it's the boy's 'imaginary friend' version, as a lonely young boy who misses his father might conceive. Scarlett Johansson stars as his mother, while Sam Rockwell (especially) and Rebel Wilson provide support on the dubious German side.

Here's how our own J. Hurtado concluded: "Jojo Rabbit appeals to the best in all of us, and gives me hope that we can overcome our own struggles and just find a way to be good to one another." (Read his entire review here.) For what it's worth, I agree with my friend and colleague about this film.

The Lighthouse
Now in select U.S. theaters via A24 Films.

We'll have a full review coming next week, in connection with the film's expansion in Canada, but for now, we'll note that this is a must-see.

Willem Dafoe and Robert Pattinson star as a lighthouse keeper and his apprentice, respectively, in the sophomore feature from director Robert Eggers (The Witch). Set in the 1890s along the New England coast, the film is presented in black and white and in an aspect ratio of 1.19:1, which makes this a uniquely theatrical experience.

Frankly, I wasn't quite sure what to make of the film when it was (secretly) screened at Fantastic Fest last month. I was somewhat exhausted physically, and this is the sort of thing where your eyes and ears need to be wide open in order to gain the most of it. I'm planning on seeing it again, and am most eager to read our upcoming review from Teresa Nieman, who saw it at the Vancouver International Film Festival recently.

Do you feel this content is inappropriate or infringes upon your rights? Click here to report it, or see our DMCA policy.
Andrew LauChinaRobert EggersTaika WaititiUS