Have Your Say: What Is Your Favorite Anime By Satoshi Kon? 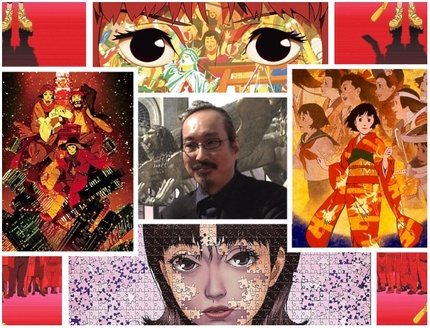 Yesterday, it was five years ago that the great Japanese artist and director Satoshi Kon died of cancer, at the brutally young age of 46.

As a big fan of the man and his works, I was devastated when his death became known. I wrote a eulogy here on this site, and a few days later I followed it up with an all-too-brief movie career overview. His half-made last work The Dreaming Machine ended up never being finished.

Recently, his graphic novels and collections of his short stories have been translated and published in the west. Reading them is a bittersweet delight, as they are great, but always accentuate just how much we're missing with him gone. Five years ago I wrote this:

And forty-six is so very young as well. In the last fifteen years, Satoshi Kon directed four films and a television series. It would have been more than twenty-three years until he was seventy. Who knows what we're all missing out on?

So today, let's dedicate our weekly "Have Your Say" discussion to Satoshi Kon. What is your favorite anime by him? Chime in, in the comments below, and HAVE YOUR SAY!