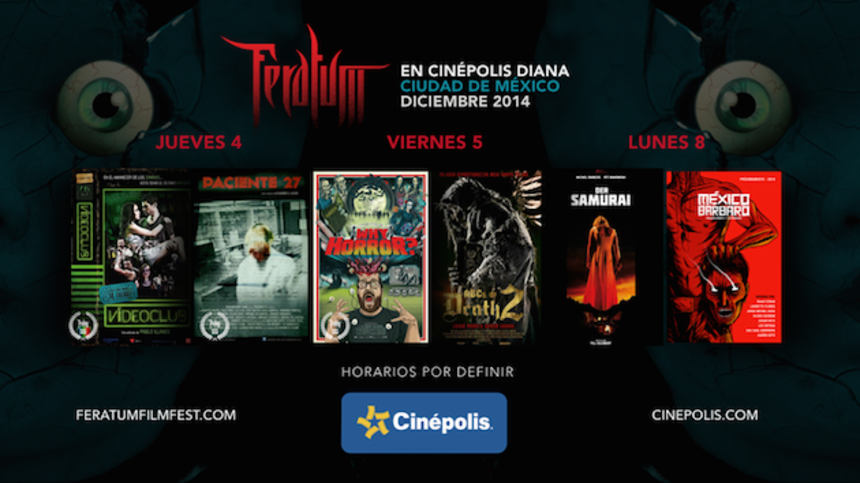 Cinépolis Diana, a movie theater located in downtown Mexico City, will screen in December some of the films that were part of Feratum Film Fest 2014 (celebrated back in October).

Aside of those, there's the ABCs of Death 2 (Feratum's closing night film) and Till Kleinert's Der Samurai, which were for my money the best films of the entire festival.

There's also the documentary Why Horror?, another worthy effort that tries to explore what's behind our love for horror, and the Mexico City premiere of horror anthology México Bárbaro.

One of the most anticipated Mexican films of the year, México Bárbaro had recently its world premiere at Sitges and later was screened at Mórbido; in both festivals the reception was very positive. This is the only title that was not part of Feratum, though it's certainly great that Mexico City based fans will finally have the chance to watch it.

Each film will be only screened once: Videoclub and Paciente 27 on December 4, Why Horror? and ABCs of Death 2 on December 5, and Der Samurai and México Bárbaro on December 8.