Review: THE ABCS OF DEATH 2, Delightfully Weird And Wonderful 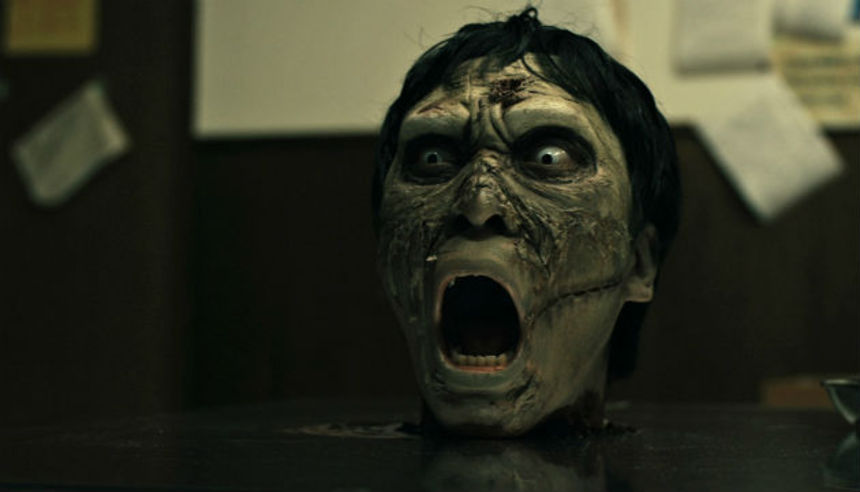 It is common knowledge that sequels rarely, if ever, either improve upon or best their original. Which makes the latest addition to the short horror film anthology The ABC's of Death 2 a truly rare, if not totally unexpected, surprise.

The ABCs of Death was a success inasmuch as its ambitious concept was surely executed; tap into the creative potential of 26 emerging yet established filmmakers to each create short films showcasing a unique death, each one represented by a different letter of the alphabet. Some were standout efforts (Marcel Sarmiento's D is for Dogfight) some were "phoned in" (Ti West's M is for Miscarriage); many were entirely forgettable. As a spectator experience, the original felt like an exhaustive experiment in how 26 short films-in-a-row can feel like an overwhelming sensory and cognizant assault, if only because there was no "I' for intermission.

The sequel's conceit is the same, but with far, far better results. During the post-screening Q&A at the premiere of the film at Fantastic Fest, contributing filmmakers discussed how this time around, producers provided a restrictive "manifesto" prohibiting certain artistic license (i.e. "toilet humor"). The result of creative confinement was a clever, if not totally strategic challenge, effectively forcing the directors to create something more dynamic than just the requisite satisfaction of the anthology's central premise.

The ABC's of Death 2 succeeds in areas the original failed, mainly consistency. I was quietly anxious about repeating the sensory overload experience of its predecessor; at 125 minutes this latest edition is only four minutes shorter, yet feels like more because the newly raised bar has resulted in a much tighter film overall. The new round of alphabetized deaths were mostly delightfully weird (Julian Barratt's B is for Badger) and wonderful (Kristina Buozyte's K is for Knell), ranging from the absurd to the clever to the downright thoughtful (Soichi Umezawa's Y is for Youth).

High points included the two animated segments -- it would serve any future anthology to include more of them, as they actually break things up -- and a few truly noteworthy entries, including F is for Falling, M is for Masticate, S is for Split, and Z is for Zygote. 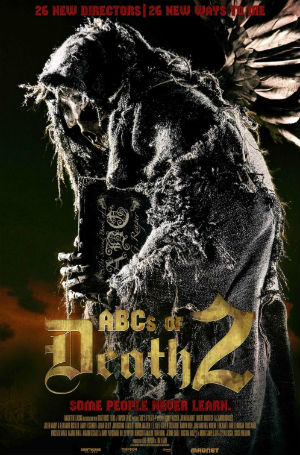 The sequel does, however, share one glaring problem with the original, and following the screening I felt both obligated and compelled to track down producer (and ScreenAnarchy founder) Todd Brown to shed some light on it.

The imbalance in female (not to mention racial and social) representation in cinema is systemic, industry-wide, and goes far beyond these two particular films. That being said, I was curious about why this sequel, which improved by leaps and bounds by simply challenging its filmmakers to do better, didn't do better itself in terms of gender representation.

In this regard, Brown explained how producers faced inherent, logistical challenges themselves. It turns out that the pool of available, 'established' female directors (small) doing 'genre' fare (smaller) who were also not members of the Directors Guild of America (union rules prevent any members of the DGA from participating) was really ... small.

He also noted "several" women who were drafted for the project but proved unavailable, while also acknowledging that "homogenous decision-making is a big issue."

Inasmuch as this iteration of The ABCs of Death improved by simply narrowing its participants' stylistic criteria, conversely, one hopes that in the future the franchise does the same by challenging itself to be more purposefully inclusive.