12 Takeaways From SXSW 2014 - Plus All ScreenAnarchy's Reviews & Features

Another SXSW has come and gone and the ScreenAnarchy crew is just starting to recover from the exhaustion. We've got links to all our review, interviews, and features, plus some personal takeaways below.

All the fun and great films seem somewhat insignificant when viewed in the light of the tragedy that unfolded early last Thursday morning. Though it was after most of the film crowd had fled the growing music throngs, there is no doubt every attendee was stricken with grief and that sinking feeling that we had walked right near that spot at some point the previous week. Our hearts go out to all of those affected by the tragedy. 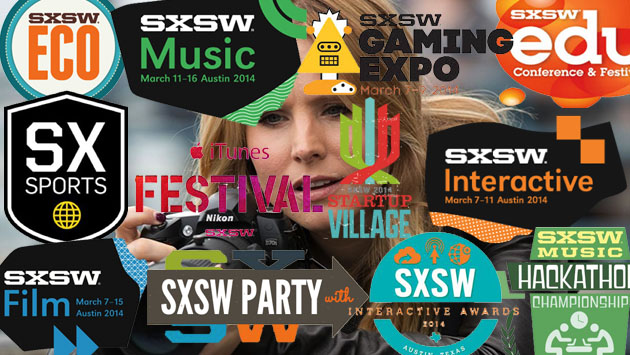 All this awesomeness comes at a cost

SXSW is one of the most exciting, interesting, and innovative festivals on earth, but that comes at the expense of the film festival exhibition. I want to stress that I don't mean to take anything away from the extremely hard working programmers. They put together an excellently programmed and huge festival with a tiny staff and deserve all the credit in the world. However, between Interactive, Music, Episodic, Sports, speakers, sessions, a trade show, and numerous corporate booze-fueled parties, the film festival can sometime feel like a bit of an afterthought.

This year I saw fewer films in the theater and checked out more of what the rest of the fest had to offer. I attended some great panels and had an amazing amount of fun. This was possible because online screeners of the films were so readily available. As a member of the press, this is awesome. But when I put on my filmmaker hat, it also worries me. Any filmmaker will prefer their hard work be seen in a packed theater. But the reason that screeners are more and more available is that they have to be. With long lines, no press and industry screenings, and so many distractions, screeners are the only way to guarantee press and buyers will watch any but the biggest films of the fest.

This is by no means a rant against online screeners (I love 'em, keep 'em coming). But it is easy to see the festival evolving into a place where press and industry come to see friends, speak on panels, and party -- but wait to watch the movies while in the comfort of their own homes. -Ryland Aldrich 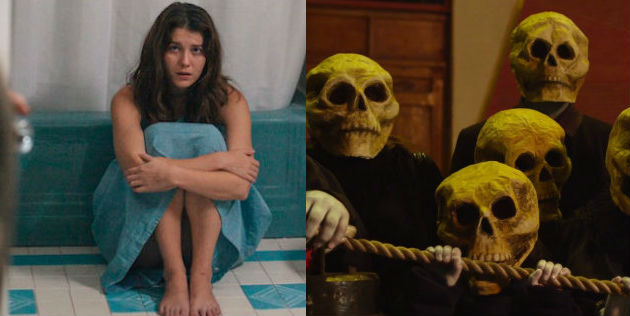 Mysteries are a good thing

I was pleased with the quality in the films I was able to see. I watched eight of those for review purposes; of the other films, two stood out for their mysterious, unknowable qualities: Faults, with ace performances by Leland Orser and Mary Elizabeth Winstead, and Alejandro Jodorowsky's The Dance of Reality, featuring more weirdness and genitalia than I've seen in a very long time. Neither was especially easy to follow, in a narrative sense, which often alienates and sometimes repels me as a viewer. Yet both of these films, bit by bit, sucked me into unique worlds where the rules of time and space did not necessarily apply, and both left me pleasantly confused and dazzled. -Peter Martin 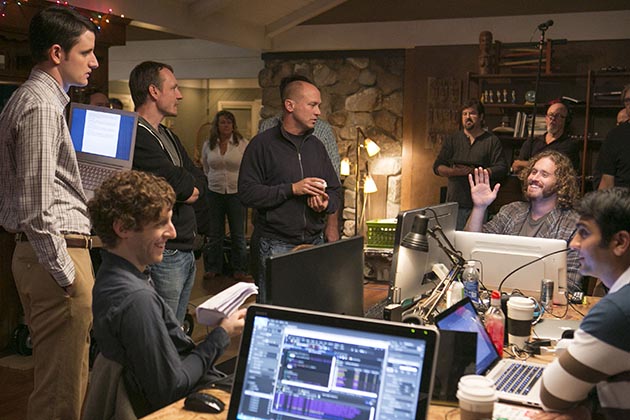 It’s impossible to deny that TV has infiltrated the film industry, as not only the popular medium for entertainment, but now TV is giving cinema a run for its money in quality as well. And so it’s fitting that SXSW has finally opened its doors to the coolest things currently screening on the medium formerly known as the boob tube. There were many exciting entries into the new program this year, such as Robert Rodriguez's El Rey television adaptation of From Dusk Till Dawn, interactive conversation from the Portlandia camp, and a smart lecture by HBO's Lena Dunham. But for my money, best of all was Mike Judge's return to television by way of Silicon Valley. Judge is no stranger to live action comedy but Silicon Valley might just be his best work to date – and this is coming from a fan who loves Extract just as much as Idiocracy and Office Space. Silicon Valley is a hysterically wonderful F.U. to the rich and entitled in the form of five socially challenged, well, nerds who infiltrate the cutthroat world of multi-billion dollar software engineering, despite having none of the behavioral tendencies of similarly successful d-bags. The show features Judge's best ensemble cast to date, all of whom bring his biting dialogue alive in ways that make me salivate for the remainder of the season. Screw Game of Thrones. Judge is back! -Zach Gayne 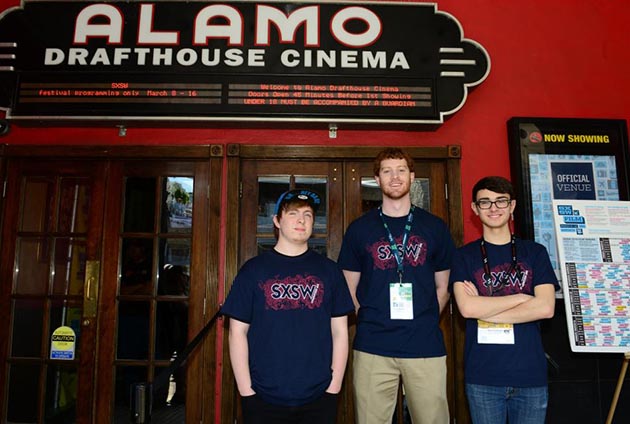 Everywhere you turned at SXSW, there was a t-shirted employee of SXSW, working gratis to make sure everything was running smoothly and that all attendees had their questions answered and their experiences enhanced. From the registration table to the venue staff, every single volunteer I encountered was hardworking, friendly, and on top of every single task put before themselves. Hats off to them, one and all. -John Jarzemsky 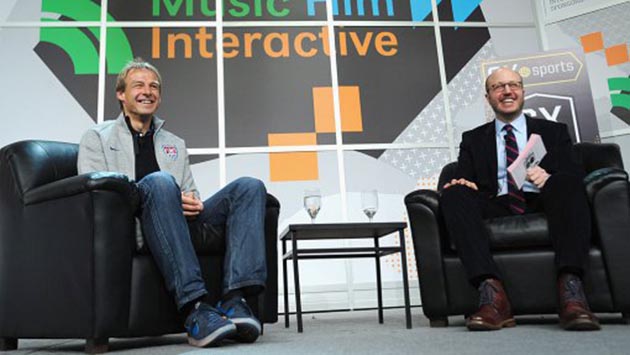 One of the new additions to SXSW 2014 was the inclusion of a SXSports component. The program was headlined by some fantastic speakers including Grantland's Bill Simmons, 538's Nate Silver, and US Men's Soccer Head Coach Jurgen Klinsmann. But it also included features and short films co-programmed with other sections of the festival. Between the great sports programming being done by ESPN's 30 for 30 and the intersection with technology that many networks are exploring, this is a field set to explode in the coming years. I'd love to see it expanded and potentially even spun off into its own event in festivals to come. -Ryland Aldrich 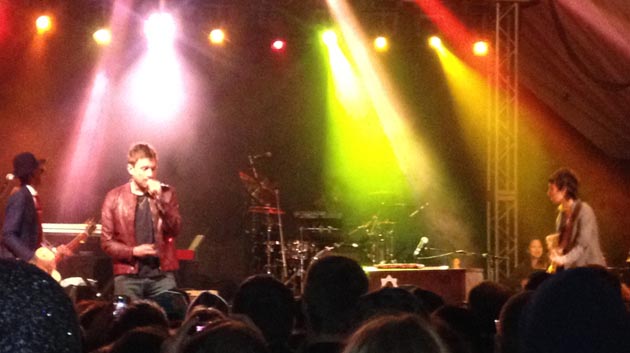 There’s nothing better than going to SXSW for film and getting invited last minute to musical acts which you’d have no other way of getting into except for the fact that you know someone who knows someone. This year I got in to The Fray's show at Emo's (remember "How to Save a Life"?), caught a glimpse of Lady Gaga when she appeared side-stage at Semi Precious Weapons' intimate non-SXSW act (she used to open for them way back when), and ended up at Damon Albarn (frontman for Blur, and vocalist and lead songwriter for Gorillaz). -Valentina I. Valentini 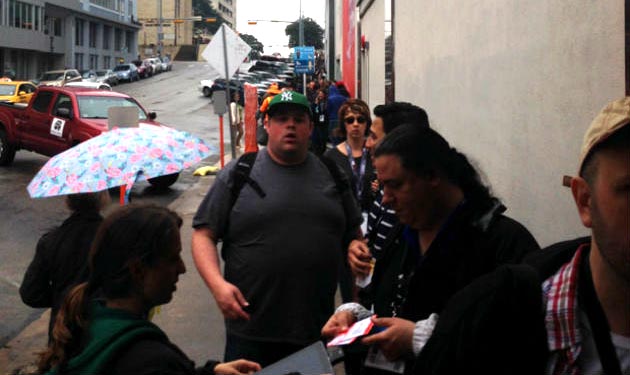 Waiting in line as a way of life

The programmers once again assembled a lineup rich in titles that people wanted to see. But SXSW has outgrown the film venues that are currently available in Austin, which means that attendees must line up an hour or more in advance -- sometimes in pouring rain -- for a chance to get into a venue. I spent five days watching 14 movies at the festival, and my wait time, standing in line, totaled more than 15 hours. (One movie had tech issues and was cancelled after we got into the venue.) No wonder my feet are killing me. -Peter Martin 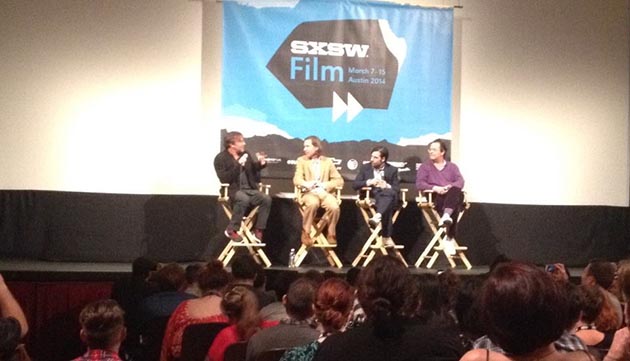 It may seem excessive to wait in line for three hours in order to see Wes Anderson make an appearance at a screening of his new film, but at SXSW, you never know… he might just end up being interviewed by Richard Linklater. -Zach Gayne 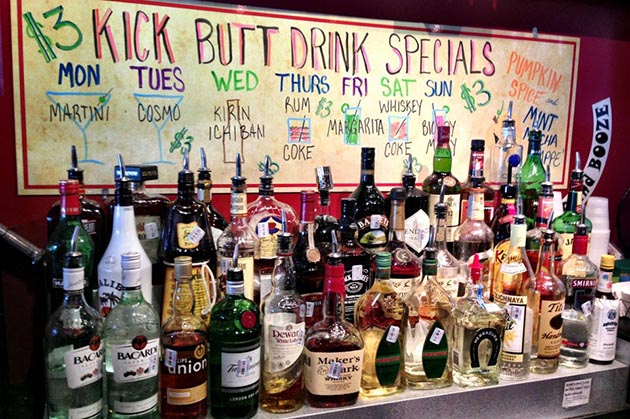 There is a lot of booze at SXSW

...And I mean a lot. After nearly two years of living in New York, I've become accustomed to constantly being in bars, but not so used to the kinds of deals you find in Austin, and specifically, how much booze is heaped atop you at every juncture of SXSW. A lot of it is even free! This all sounds great until you realize you have to make a morning screening and you're shaking off the effects of a Guiness Milkshake (you read that right) from the Alamo Drafthouse. -John Jarzemsky 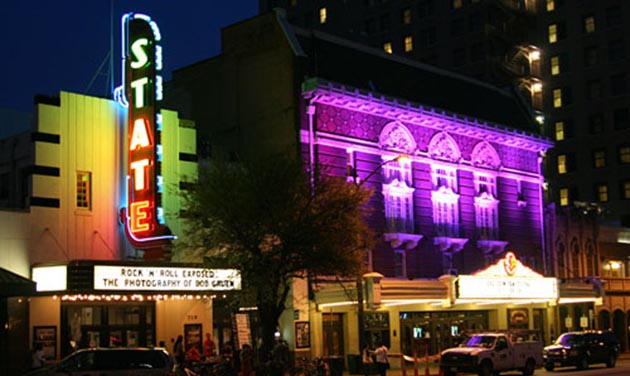 2014 marked my first visit to Austin, a city I'd been dying to visit ever since I first saw Slacker way back when. As a devout cinema fan, I'm sort of as nerdy a tourist as it gets when it comes to visiting new cities. My first question for locals is usually "what's your favorite theatre in the city?" You know you've got a good film city when the answers vary so much and such is certainly the case in Austin. There's tons to love about every theatre I was fortunate enough to hit, but for me, it doesn't get any better than The Paramount and The Stateside, two good neighbors I lovingly refer to as the Twin Peaks. The ideal proximity made double-features a breeze, time and time again, as was the case for the premier of the (fittingly titled) Neighbors, immediately followed by Creep at The Stateside, where I took my seat not five minutes after Neighbor's closing credits and seconds before Creep's start time. -Zach Gayne 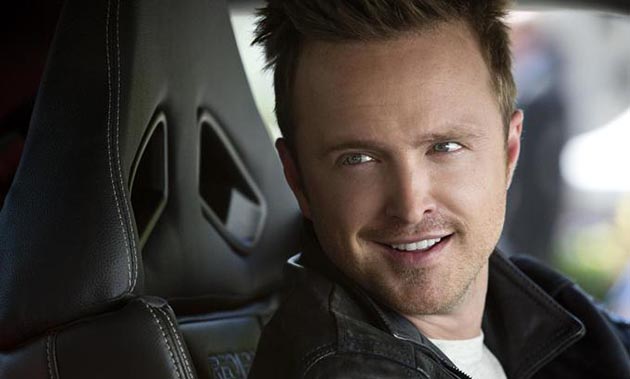 The man who might as well be known as Jesse Pinkman appeared in Kat Candler's Hellion, which is great for many reasons. However, Paul's performance as a young, hard-drinking Texas widower gives him a chance to play against type and show audiences that he's ready to carry a feature (and parts that project authority). Need For Speed on the other hand... -John Jarzemsky 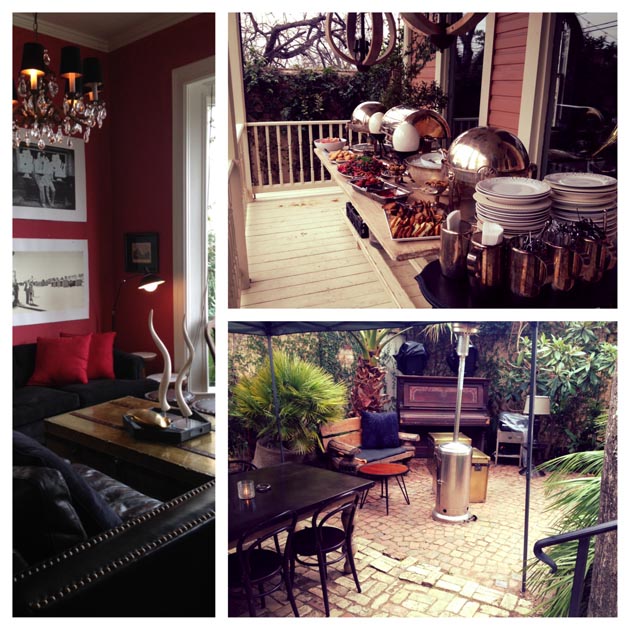 The free stuff at SXSW never ceases to amaze. Whenever I’ve had it up to here with lack of taxis, getting shutout of screenings because people lined up three hours beforehand, or the insane crowds when music arrives in town, I just have to find one of my many emails inviting me to such-and-such free this-or-that to check my ennui back into balance. This fest, the prize goes to Broad Green Pictures who had in conjunction with Break Point premiere the #broadgreenroom – an old house "off the strip" completely transformed into the chicest and best designed home-away-from-homes I’ve ever seen. They had free craft cocktails and beer flowing the entire first weekend and an insane gourmet brunch on Saturday and Sunday. Well done, Broad Green. Well done. -Valentina I. Valentini