SXSW 2014 Review: DOC OF THE DEAD Is A Worthwhile History Of The Zombie 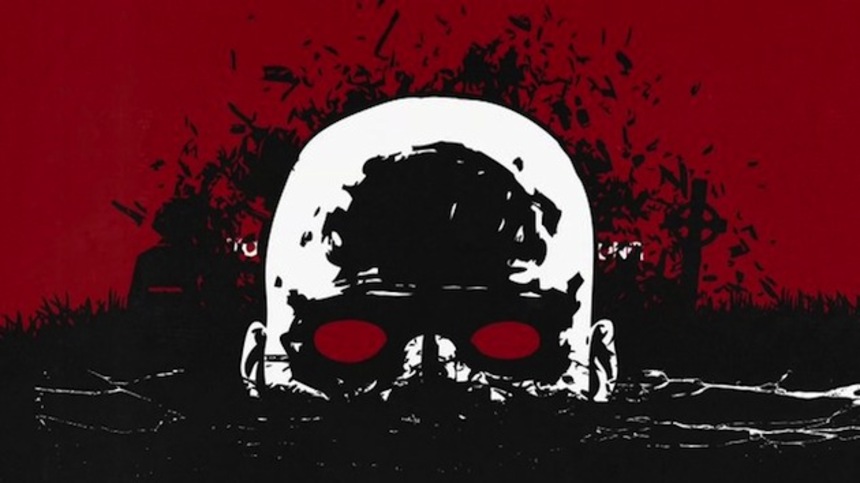 If you're anything like most genre film freaks, you probably looked at the title, rolled your eyes, and muttered "not another zombie flick" between clenched teeth. Don't worry: no one will hold it against a film buff who says that the world of popular culture has been absolutely stuffed to the brim and beyond with all things zombie. There are zombie comic books, zombie video games, zombie facebook apps, and of course, more zombie movies than you can shake a rotting, brains-eating stick at.

It's no small wonder, then, that Doc of the Dead manages to stay fresh and entertaining for (most of) its entire running time. This nonfiction entry from director Alexandre Phillippe, who brought us 2010's The People Vs George Lucas, gets into the origins, pedigree, and current
(perhaps dwindling) fascinations with all things zombie, with the help of an all-star panel of zombie experts, including Bruce Campbell, Simon Pegg, Max Brooks, and the grandaddy of them all, George Romero.

The most enjoyable and fascinating segments of Doc of the Dead deal with the origins of the term zombie and the uniqueness of the monster in terms of Hollywood source material. Zombies are one of the few creatures to be plucked directly from folklore without much inspiration from literary tradition (as opposed to say, vampires or werewolves). The
first twenty minutes or so of the film examine the term "zombie" in African and Carribean cultures, which dovetails nicely into a look at how the first zombie films came into being and how the creature evolved across the silver screen and other mediums throughout the years.

The talking heads that litter Doc of the Dead are clearly having a ball, and their enthusiasm and love for the subject matter is infectious. Simon Pegg is particularly impressive as his true love and fanboy adoration for the walking dead comes through in every interview he
gives, even when he's getting down to more contentious debates (do zombies walk or run?). Others grab their share of the spotlight and laughs, but it's George Romero who gives Doc of the Dead its zombie credibility. If you can get George to weigh in and comment on the
saturation of a genre that he more or less created (or at the very least, perfected), what else do you need?

Unfortunately, origin stories and fanboy joke-cracking can't fill up an entire feature running time, and Doc of the Dead occasionally makes some missteps on its way to round out its length. A good chunk of the third act is dedicated to an examination of the zombie "culture" obsession, looking at things like zombie walks, zombie fashion shows, etc. It's all
presented with earnest appreciation but I couldn't help but wonder if maybe Phillippe should have included some commentary on the pronounced and notable backlash zombies have fallen victim to lately. Another segment involving how to survive a zombie apocalypse feels shopworn and perhaps a little too tailor-made for the drones of *ahem* zombies that
might flock into the theater to check out yet another movie title bearing the "Z" word.

Still, Doc of the Dead is a worthy follow-up for Phillipe, and may give new insights into the genre to its more casual fans, as well as a healthy amount of obsession and gushing for the more hardcore audience members in attendance.

Do you feel this content is inappropriate or infringes upon your rights? Click here to report it, or see our DMCA policy.
doc of the deadgeorge romerosimon peggzombies