SXSW 2014 Review: THE INFINITE MAN Is Indie Time Travel Mayhem At Its Best 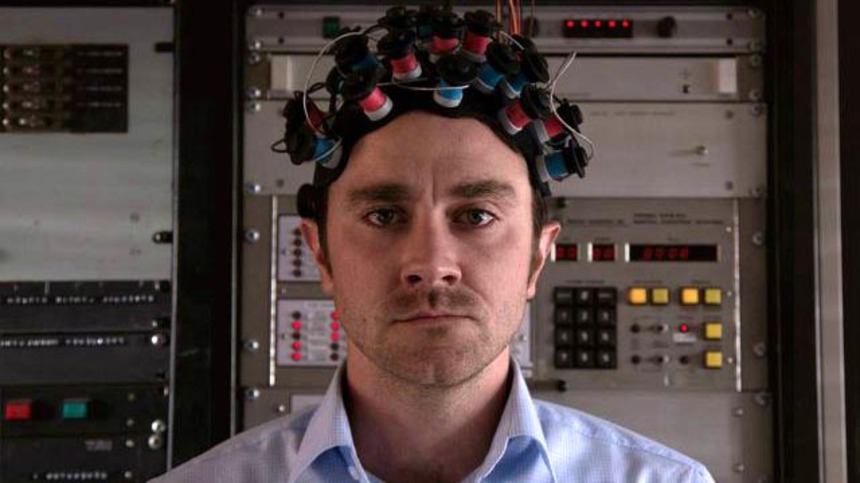 Though they have long been very popular, films that involve time travel almost always cause much consternation. Even the films that do it well become the subject of heated debate over logic (see: Looper). And when the logic is handled poorly, the result can be a horribly jumbled mess (see: The Time Traveler's Wife). So it is very encouraging to see a time travel-themed film that actually gets it right. The Infinite Man gets it right - way right. And it certainly doesn't take the easy way out either.

First time feature director Hugh Sullivan wastes no time getting us into the world of his film. Right away we meet Dean (Josh McConville) and Lana (Hannah Marshall) as they arrive at a shuttered hotel seemingly in the middle of nowhere. It's the couple's one year anniversary and Dean hopes the couple can rekindle the feelings that brought them together at the hotel the previous year -- however he forgot to call and make sure the hotel was still operational.

Dean refuses to let this road block get in the way of his carefully orchestrated plans and essentially bullies the less willing Lana into some activities that culminate in a scientific experiment meant to record the pair's love so they can relive the feeling forever. That is, until Lana's ex-boyfriend Terry (Alex Dimitriades) shows up and whisks her away from the mad scientist. Dejected, Dean pledges to get Lana back the only way he knows how: with science! That mostly involves building a time machine and going back to when Lana and he first arrived and setting the wrongs right.

What's most impressive about The Infinite Man is that it all works. At least upon a first watch, the logic actually all makes sense. Sullivan doesn't concern himself with how Dean travels through time (he's a scientist, after all). Nor does he need to explain why the machine only seems to be able to go backwards exactly one year. What matters to him is what would happen to the character/version/timeline when confronted with the situation. Amazingly, it all falls into place.

Do you feel this content is inappropriate or infringes upon your rights? Click here to report it, or see our DMCA policy.
AustraliaSXSWHugh SullivanJosh McConvilleHannah MarshallAlex DimitriadesComedySci-Fi

More about The Infinite Man