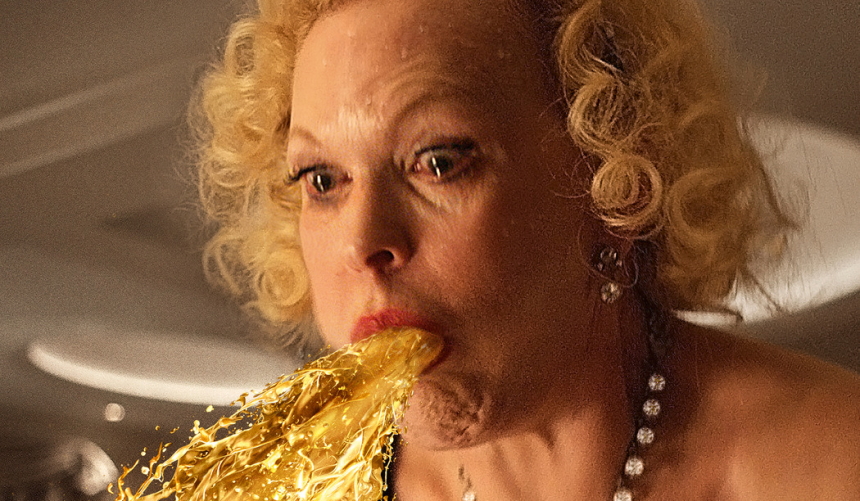 This poster, for Palme d'Or winning Triangle of Sadness, will turn some heads, although maybe in disgust.

Projectile vomit is a way to grab attention. The highly-stylized 'liquid gold' look of it, which I am sure is intentional, is perhaps the most interesting element in The Einstein Couple's design.

If you recall, that design house was also responsible for Lars Von Trier's Nymphomaniac 'O Face' character posters and The House That Jack Built 'tied up' character posters, as well as the 'golden 69'  Klown Forever poster.

Clearly, they are not strangers when pushing the boundaries in a film poster. Here the collaboration is with Danish design house Riddertoft, who have been featured in the past in this column with the colourful seafood platter of a poster for A Taste of Hunger.

Ruben Östlund's previous film, The Square, was a satire of the modern art scene in Sweden, and took the festival and arthouse cinema-world by storm with its own provocative key art, which featured a shirtless, muscular man well out of place, standing on a table amongst the rich at a gala benefit with 'thumper crutches' on his arms.

Back to this design, however. It is text heavy, with the ensemble cast at the top, festival laurel (barely avoiding being sprayed) nestled above the clean white serif'd title, and thin credit block. But it still manages to stay out of the way of the 'main event.' The woman's fancy attire, and the high grain of the image, further add to this poster, which is nothing if not one of 'in your face' contrasts. 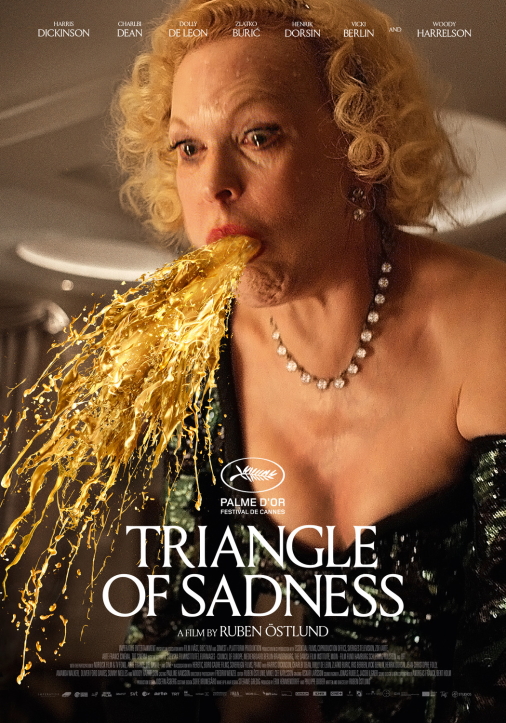 More about Triangle of Sadness