In the spirit of the recent passing of the great Dean Stockwell, here is designer Bryan Lenning's celebration of the moment, where Stockwell mimes to Roy Orbison in David Lynch's Blue Velvet.

In fact, Lenning recently did a small trilogy of posters for David Lynch classics, with the visual leitmotif of light emanating behind wrinkled fabric, of the key art as it were.  The other two, Mulholland Drive and Lost Highway, are here.

The title and text follows a curve, which accentuates the point-source of light. In the case of Stockwell performing "Candy Coloured Clown", here, it is literally from the mechanic's garage-light he is using as a microphone in the famous scene. In the poster design, there is a shadowy obfuscation of Stockwell's eyes, also hidden behind the text. His lips and lapels, however, offer that mysterious dark charm which oozes from that particular scene in the 1986 film. Here, one can mentally feel the texture of that suave leisure aparell.

The light itself is the soul of the creators putting themselves out there in the world. Cinema itself. 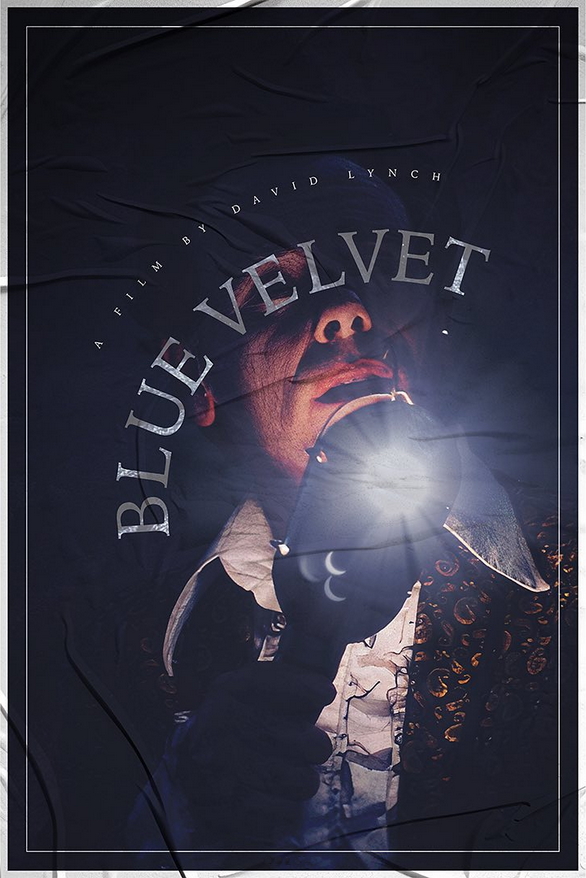