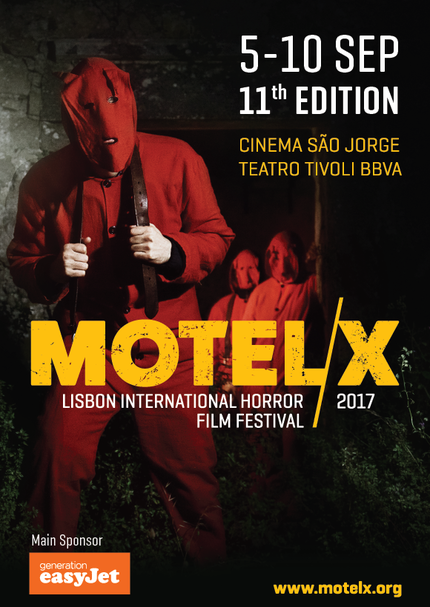 MotelX, Portugal's premiere genre film festival, has just announced their line-up, and take my advice: if you are anywhere near Lisbon, or have the means to get there, this is not a year to miss out. Not only will the lauded Super Dark Times be opening, but the new adaptation of Stephen King's It will be the closing film. With a host of the best genre films of the past two years, amazing shorts from Portugal and beyond, and some amazing special guests, Lisbon will play host for an incredible six days of cinema.

From Europe, there are several amazing films that we've reviewed screening, including The Limehouse Golem, Juan Carlos Medina's costume drama-horror of a 19th century serial killer: Cold Hell, a modern tale of a dangerous women eluding a criminal; and Animals, about a couple trying to save their marriage. There will also be the Portuguese premiere of Alex de la Iglesia's The Bar, Can Evrenol's Housewife, and Two Pigeons from the UK.

And it doesn't stop there! From North America, there's lots of goodness with magic of The Untamed, the surrealism of The Endless, the post-apocalyspe of The Bad Batch, the non-stop violence of 68 Kill and Mayhem, stirring drama with M.F.A., 78/52, the fascinating documetary about the shower scene in Psycho, and the whimsically marvelous Dave Made a Maze.

Asia is well represented with Indonesian action in Headshot, Vietnemese director Lê Bình Giang's KFC, the Japanese madness of Meatball Machine Kodoku, and from South Korea, Train to Busan and Missing You.

There are two outstanding guests of honour this year: Roger Corman, who will present his films The Masque of Red Death and X: The Man with the X-Ray Eyes; and Alejandro Jodorowsky, who will present El Topo and Santa Sangre. There will also be master classes with both filmmakers.

And it still doesn't end there! The Big Bad Wolf section highlights features and shorts for younger audiences. There's an After Hours Writing Marathon for those who want to start work on their first horror film, as well as workshops in moulding, make-up and special effects.

There's also a retrospective of Portugeuse horror films, Crime de Amor and O Espirita, a slew of local and international shorts, art exihibtions and book talks, and music events. Check out the website for full details, and get yourself to Lisbon in September.

More about The Limehouse Golem