Review: M.F.A., Nightmares Are Made Of This 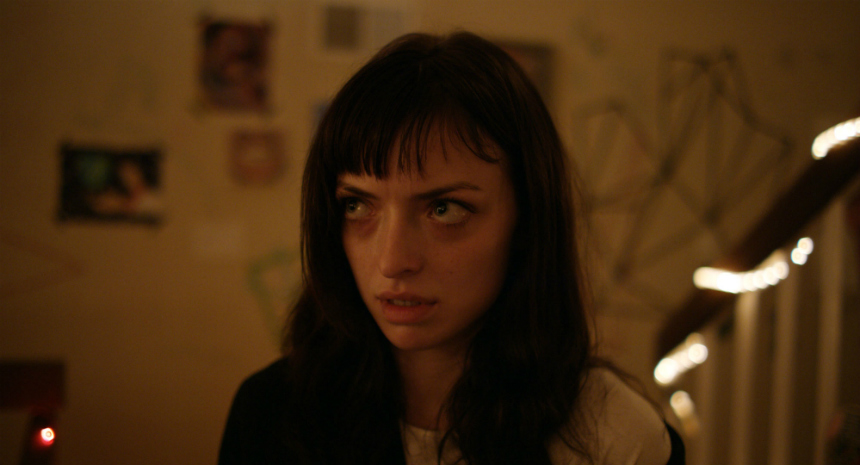 By all conventional standards, Noelle appears to be a typical young woman with bright prospects for a good future. While she doesn't necessarily stand out in a crowd, neither is she an insignificant presence. She is still finding her way in the world; her life could go pretty much in any direction she desires. Or so it seems.

One night, she attends a small party, where she meets up with Luke (Peter Vack), a fellow student who invited her. He's a good-looking young man, a bit cocky but not overly so. They spend time together talking, and get along well enough that Noelle goes with him upstairs to his room. Once the door is closed, they start making out, but very quickly Luke turns aggressive. Then he becomes nasty and animalistic, violently raping her.

Shaken to her core, Noelle manages to get home, somehow, and tries to wash away what happened. She curls up on her bed in the fetal position. Her friend Skye visits and senses something is obviously wrong. When Noelle eventually tells her what happened, however, Skye advises silence, based on the university's abhorrent history of mistreating victims of sexual assault.

Still figuring out her own identity and lacking even the possibility of a support system, beyond Skye's ineffectual suggestions, Noelle turns inward. She makes futile attempts to bury her unresolved feelings, but they won't stay dead, and it eats her up inside. Unable to live with those emotions, she channels her anger into taking concrete action against rapists, of which there is, tragically, no shortage on and around the university campus.

Written by Leah McKendrick (who, as noted, also plays the neighborly Skye), and directed by Natalia Leite, M.F.A. comes to resemble a rape/revenge thriller. Because of that, it feels almost familiar as it ticks off genre boxes.

The colors are vibrant and the action is coherently framed and compelling to watch unfold. Francesca Eastwood gives a stirring, sterling performance, transforming from a wallflower into a dynamic powerhouse. Leah McKendrick is supportive as her "best friend," a character with more depth than might be initially assumed. McKendrick's script provides a different outlook on events than might be expected, raising questions and then not settling for pat answers.

M.F.A. sticks in the memory like a big rock in a shoe. It shouldn't fit, really -- it's too imperfect and obvious -- and yet it's impossible to shake a nagging feeling that it belongs, no matter how discomfiting.

Originally published in different, condensed form during SXSW in March 2017. The film opens in select U.S. theaters on Friday, October 13.

Do you feel this content is inappropriate or infringes upon your rights? Click here to report it, or see our DMCA policy.
Francesca EastwoodLeah McKendrickNatalia Leite