I'm going to be blunt. Doing what I do for a living - between this site, programming Fantastic Fest and other events, and production / sales work at XYZ Films - I often get to see things very early in the process and, many times, have to sit on my opinion for quite a while. Kevin Phillips' Super Dark Times is one of those films, a film that I have been keeping tabs on for well over a year now and have had to keep quiet about until now, with the impending premiere at the International Film Festival Rotterdam taking off the muzzle.

I've seen this film. I love - no, I adore this film. I know it's ridiculous to make these sorts of statements in January but, in my opinion, Super Dark Times will go down as one of the absolute best American indies of the year - certainly no lower than top three - with Phillips sitting alongside Macon Blair as the most talented writer-directors to emerge from the US this year. There's a chance that something may come along to impact his ranking, of course, and if that happens I will be both ecstatic - because it will mean we're having a ridiculously exceptional year for talent - and utterly shocked - because this film is really, really, really that good. Here's a synopsis:

For two teenage boys, the mundane world of bike rides, after school snacks and video games is interrupted when an accident results in the death of one of their classmates. In a panic, they decide to keep their involvement a secret. But before long, feelings of guilt, isolation and paranoia transform their ordinary lives into a twilight zone of nightmares and violence. When a second classmate turns up dead it becomes clear that their secret won’t stay hidden for long.

Phillips made his narrative debut with 2015 Cannes Critic's Week selected short film Too Cool For School. Though unconnected in story, that film serves very much as a stylistic proof of concept for Super Dark Times, so if you've seen it you have some sense of what is coming. If not, here's Phillips describing his own approach:

I want to make a  film that channels relatable experiences. I want to take a lens to the notion of being young and without control and realizing that all actions have consequences. Our  film is called Super Dark Times. It’s a reflection of youth, but the side of it that exists more as a nightmare than a pleasant memory, because sometimes that happens.

Hopefully there will be a teaser of some sort soon, but in the meantime - and with the film due for its world premiere January 29th in Rotterdam - we are pleased to present the first artwork below. Remember you can click to enlarge. 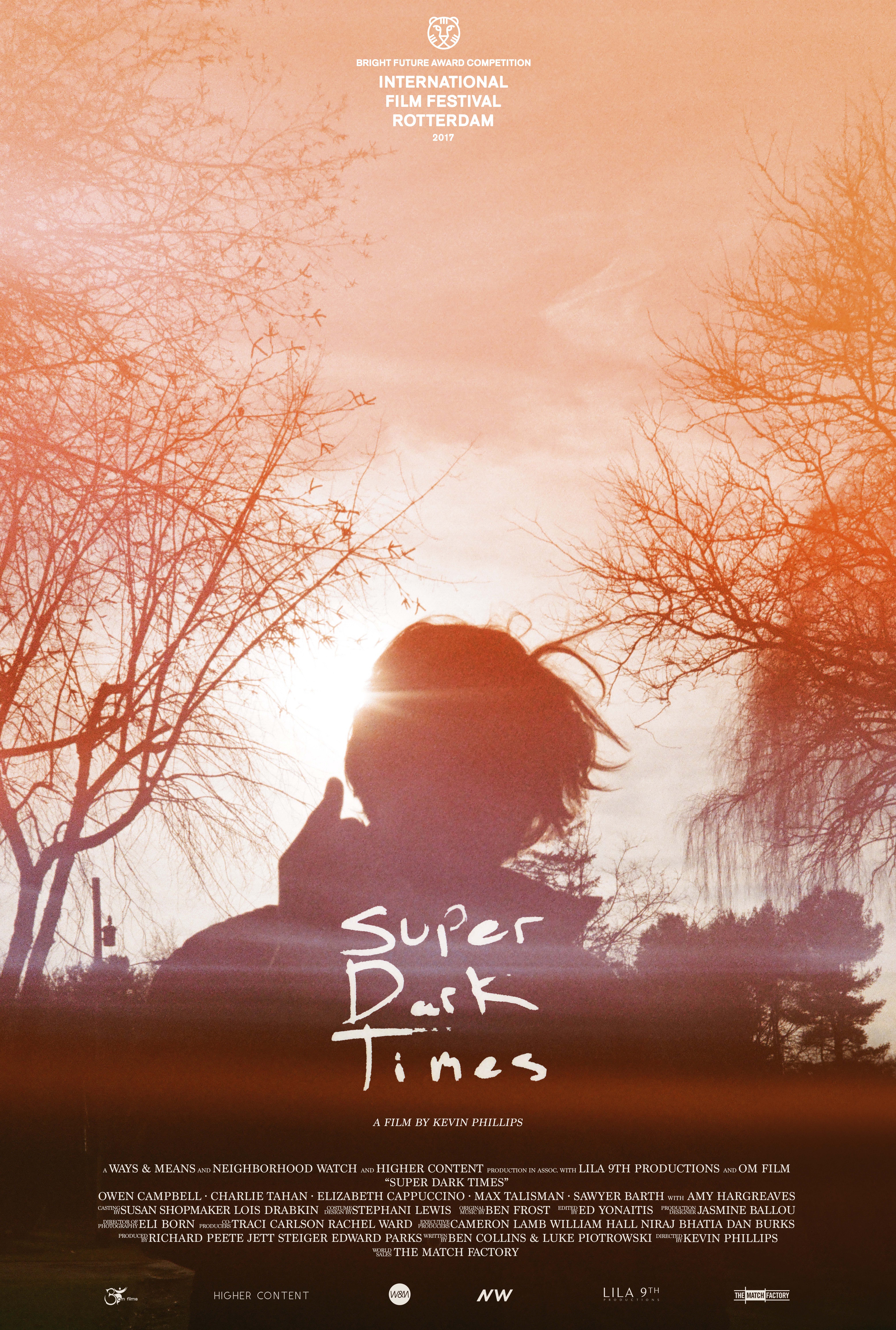